MAP: Where the Invasive Spotted Lanternfly Has Been Seen in Mass.

The insect, which attacks grapes, apples and hops, has been seen in 33 communities in Massachusetts so far, with infestations in four

Scientists in Massachusetts are closely tracking a growing presence of an invasive insect that's not only harmful to agriculture, but a pest to communities they infest.

Spotted lanternflies, while not new to the Bay State, are being found in more communities across the commonwealth. Worcester this month became the fourth to identify an infestation of them.

Some places in the country, like New Jersey, which advertises joining the "Stomp Team", and New York City, have asked residents to kill spotted lanternflies whenever they see the insects.

"The infestations in nearby states are getting worse, and so these sort of hitchhiking incidents are happening more and more frequently," said Jennifer Forman Orth, an environmental biologist with the Massachusetts Department of Agricultural Resources who's lately been spending a lot of time discussing the pesky bugs. "If you look at a map of every place spotted lanternfly is in the state, you’ll see its pretty much surrounding us in the Northeast area."

In Massachusetts, 33 communities have had spotted lanternfly sightings since 2018, and of the state's four local infestations -- in Fitchburg, Springfield, Shrewsbury and Worcester -- three came this year.

Spotted lanternflies are around the size of a quarter, grey with black spots and have wings that are red underneath -- that part is visible when they fly. They're larger than many other insects in Massachusetts.

The spotted lanternfly feeds on plant sap, Orth said. Its straw-shaped mouth "causes a lot of damage to certain plants, particularly grapes, which is one of the reasons we’re concerned both for wild grapes here in Massachusetts and also for grape growers and vineyards here in the state."

In addition to grapes, spotted lanternflies threaten maple trees, hops, blueberries and over 100 other host plants, according to the Department of Agricultural Resources.

Not only can their feeding be harmful to plants, Orth explained, but a "sticky, sugary waste product" the insects excrete can also cause harm when there's an infestation.

"The 'honeydew' coats everything below where the lanternflies are," she said. "So it gets all over tree trunks and shrubs and grass and your porch, your car. And then it's all sticky and sugary, so it starts to ferment and it grows this fungus...that not only damages any plants that it coats, but it smells really bad and it can be a pain to deal with."

Orth said the insect originated in Asia and first appeared in the United States in 2014 in Pennsylvania. Spotted lanternflies were believed to have made their way there via a shipment of crushed stone and continue to hitchhike to other regions.

"We know that they are associated with the transportation industry, so we’ve seen spotted lanternflies come in on vehicles, cars, trucks -- also through railway transport," Orth said. "We’ve also seen them come in on shipments of things like pumpkins and mums and things that come in in the fall when adults are active from other states."

The first report of these insects in Massachusetts was in 2018, when a dead spotted lanternfly was discovered in a poinsettia plant, according to Orth.

Officials are asking residents to immediately kill any spotted lanternflies on sight. The sap-sucking insect poses a threat to agricultural crops and the logging industry.

The Massachusetts Department of Agricultural Resources considers a community to have an infestation when spotted lanternflies are found there actively on trees, feeding, mating and laying eggs.

State biologists are asking the public to take a look at what the insects look like and report any sightings if they come across one, which helps the state determine the scope of the problem and how to manage it. Orth said that Massachusetts is currently looking into the possibility of limited pesticide treatments in the most heavily impacted areas, while the federal government looks into other longer-term solutions, such as a "biological control organism," Orth said.

"But it's going to take a few years for them to find one that works and test it and make sure its doing what it needs to do," she said. "A lot of other states are doing pesticide treatments to try to knock lanternfly back. I don’t think they're going to be able to eradicate it completely but they can slow it down."

You can learn more about the spotted lanternfly and report any sightings here.

More on the Spotted Lanternfly 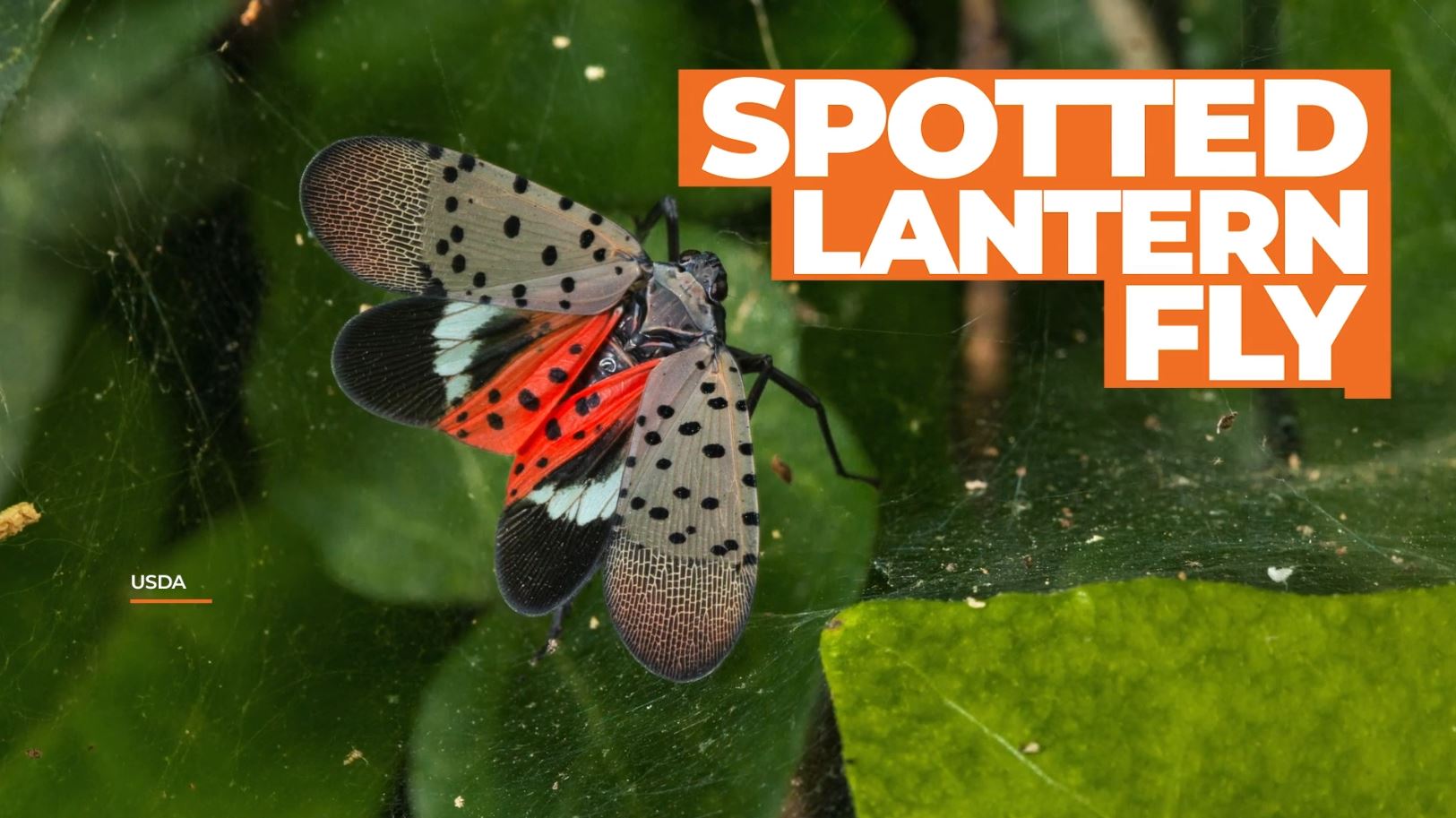 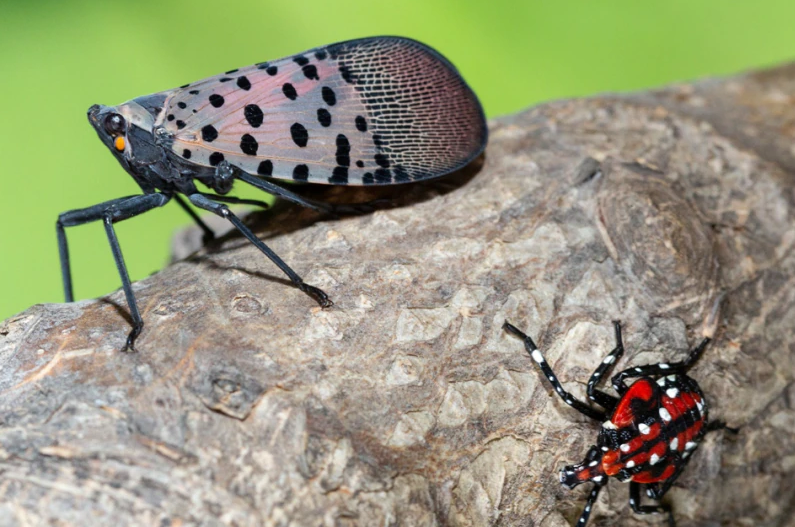