Both Salem and Brookline have meetings scheduled for next week to discuss the local outdoor mask mandates further.

While the outdoor mask mandate has been relaxed nationwide and statewide, both Salem and Brookline public health officials decided to have people in those communities continue to mask up.

Most people NBC10 Boston spoke with Monday had no problem with it.

“I actually feel more comfortable with the mask on,” said Denise Bergason, who was visiting Salem from Tewksbury.

Brookline resident Jean Svizzero said, “It doesn’t infringe me from anything I want to do.”

But with COVID case numbers continuing to drop, some are wondering if it’s really necessary.

“I find no need for this,” South Carolina tourist Krissy Arrington said of her mask.

“Basically I’ve been wearing it for the most part for psychological reasons because people feel better if they see you wearing a mask,” Salem resident Paul Popielski said.

But in Salem at least, the focus is on the parks and downtown area where tourists tend to congregate.

Destination Salem Executive Director Kate Fox said, “It’s really difficult on Essex Street, where we are now, to physically distance and maintain that six-foot space between people when it’s busy out.” 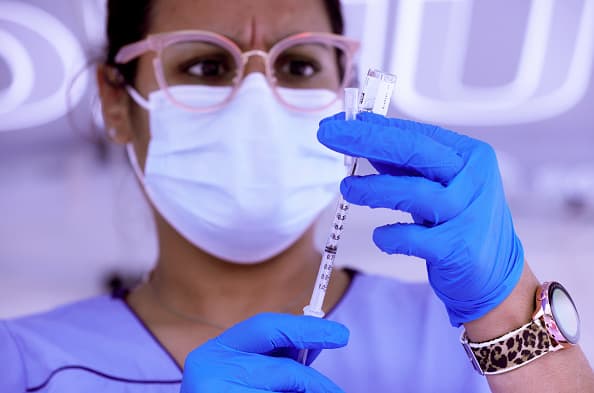 But some tourists say they aren’t purposely balking at the rules.

“I think there’s a lot of confusion about what really we should be doing,” said Scott Arrington, who’s visiting Salem from South Carolina.

Fox says they just rolled out a set of new signs to alert residents and visitors to the continued masking policy – and hopefully clear up any confusion.

Both Salem and Brookline have meetings scheduled for next week to discuss the local outdoor mask mandates further.