Though two environmental non-profits have released differing reports on water quality at Boston-area beaches in recent weeks, both agree that sewage discharges continue to be significant contributors to unsafe swimming conditions.

Environment Massachusetts on Monday released its annual report highlighting local beaches where water samples tested for concentrations of fecal bacteria greater than the Environmental Protection Agency's highest warning level. That threshold is associated with an illness rate of 32 per 1,000 swimmers.

Save The Harbor/Save The Bay, which released its own report card of water quality at Boston-area beaches on July 4, took exception to Environment Massachusetts' methods and said that one day of water samples exceeding the EPA limit is not a good barometer of safety for swimming.

"Though it makes a good headline, it is hyperbolic to suggest that swimming on 264 out of 457 beaches in Massachusetts poses a threat to human health because they may have failed one water quality test in 2020 after a summer rain," Executive Director Chris Mancini said Monday. "It is misleading to release a report which includes beaches like M Street Beach in South Boston, which has failed just one test in five years along side beaches like King's Beach in Lynn and Swampscott or Tenean Beach in Dorchester that were unsafe for swimming more than one out of every five days in 2020."

Salisbury Beach is trying to beef up its lifeguard staffing after people have had to rescue swimmers from rip currents.

Mancini said the Environment Massachusetts report is "overly simplistic" and fails to make important distinctions "that should drive critical investments in clean water where we need it the most" and "obscures the fact that this is an environmental justice issue, as our most diverse communities of color and need often have the poorest water quality on their beaches."

A similar disagreement over the validity of beach water quality reports erupted in 2019.

In this year's Save The Harbor/Save The Bay report card, five beaches -- Carson Beach, City Point and Pleasure Bay in South Boston, and Revere Beach and Winthrop Beach -- secured perfect 100% ratings for 2020. Overall, the organization said, water quality at Boston Harbor region beaches managed by the Department of Conservation and Recreation "was 93% which was an improvement over the prior year, which had a score of 89%."

Water quality remained below average at Tenean Beach in Dorchester (79% for 2020) and at King's Beach in Lynn and Swampscott (70% for 2020), according to Save The Harbor/Save The Bay's report card.

"While we are delighted with the progress that we have made on most of the region's public beaches, we are disappointed to report that Tenean Beach in Dorchester and King's Beach in Lynn and Swampscott were still unsafe for swimming more than one out of every five days in 2020," Mancini said. "We are particularly concerned about the situation at King's Beach, where filthy, bacteria laden discharges from both Lynn and Swampscott at Stacey Brook continue to threaten public health."

Environment Massachusetts highlighted King's Beach in its report Monday and said the water there "tested as potentially unsafe for 64 days, more days than any other beach in the state, and 75% of the days that sampling took place."

"Now is the time to fix our water infrastructure and stop the flow of pathogens to our beaches," Environment Massachusetts state director Ben Hellerstein said. He added, "Now that Massachusetts is shining a light on pollution in our waterways, let's improve our water infrastructure to end these sewage discharges once and for all. With the right investments, a cleaner, healthier, pollution-free future is within reach."

Parts of the Boston area have combined sewer systems, in which surface runoff enters the sewer. Heavy rain reduces capacity as stormwater and groundwater overwhelm the systems, often leading to discharges of sewage and runoff into public waterways. The discharges can carry bacteria and cause algae bloom. The issue is also a major concern along the Merrimack River.

Amid Friday's tropical rainstorms, the Massachusetts Water Resources Authority reported 11 combined sewer outflows in Boston Harbor and along the Charles and Mystic rivers ranging from 1 hour and 45 minutes to nearly 8 hours. The MWRA reported three outflows, one still ongoing, as of 12:30 p.m. Monday after more rain fell on the region.

"Rainfall can have a significant impact on beach water quality and can vary greatly from year to year," Save The Harbor/Save The Bay said. "Changes in the summer storm intensity and frequency can often explain the variations we see; 2020 was a relatively dry year, with only a few large summer storms and relatively fewer wet weather impacts."

At the time of the signing, advocates said that about 3 billion gallons of raw or partially treated sewage are discharged to the state's waterways each year.

Safe swimming is about more than water quality. A spate of drownings this summer led the Baker administration to impose new limits on swimming at DCR beaches and to propose an increase of the maximum fine for swimming outside designated areas at state parks and beaches from $200 to $500.

"From the Berkshires to Cape Cod, Massachusetts is home to many waterbodies and coastlines offering great opportunities for outdoor recreation; however, we have already seen far too many tragic accidental drownings occur already this year," Lt. Gov. Karyn Polito said.

The administration said DCR is also taking a series of steps to improve safety and discourage swimming in undesignated areas, including higher hourly lifeguard pay, new swim safety signs in multiple languages at state parks and beaches, and increased outreach for the department's free swimming lessons.

More on Swimming in Mass. 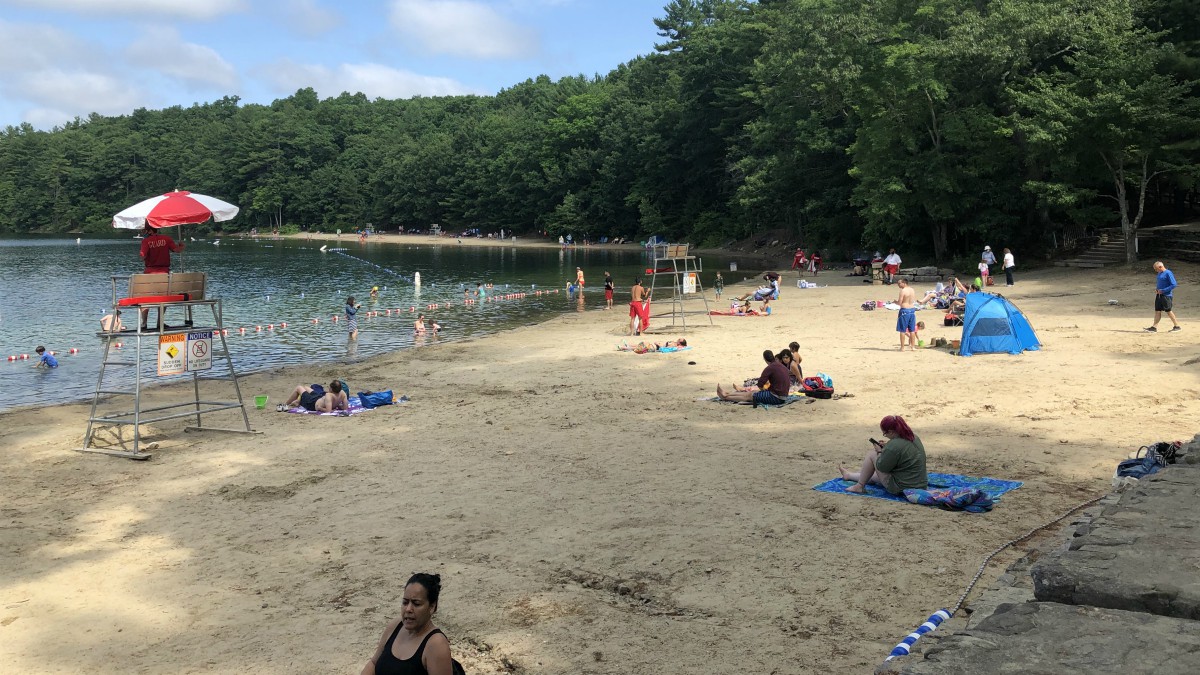 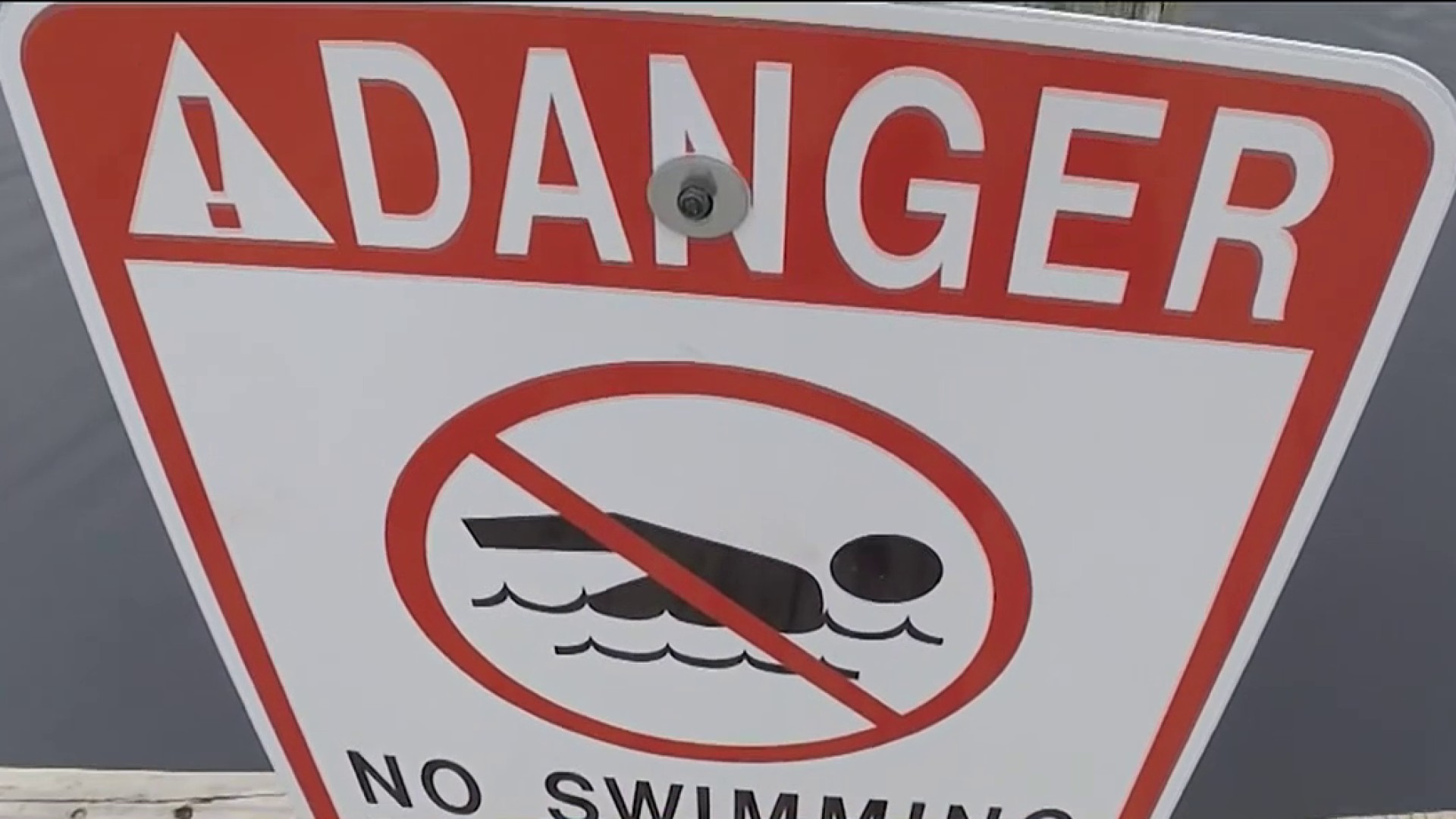