Rollout is expected to start in the upcoming week.

The plan for distributing coronavirus vaccines across Massachusetts are now being put into motion following the U.S. Food and Drug Administration's emergency use approval of Pfizer's COVID-19 vaccine.

Gov. Charlie Baker announced Wednesday that the state's distribution will occur in three phases and is expected to start before the end of the month.

The first group will include healthcare workers, people in long-term care, and first responders, as well as inmates at correctional facilities.

Here’s how Massachusetts is planning to distribute vaccines.

Dr. Katrina Armstrong, physician-in-chief at Massachusetts General Hospital, says one thing to keep in mind is that social distancing rules will not go away immediately, even with vaccines being distributed both in the commonwealth and nationally.

“I think for the near future, the recommendations are going to be even when vaccinated that you should stay masked in large part because we’re not sure whether somebody could still spread virus," she said. "I’m a betting woman so I’m going to bet that everybody will have hung up their mask by June first.”

Massachusetts plans to receive and distribute about 2 million doses of the vaccine by the end of March. The state does not plan to mandate that people get vaccinated, however.

The state’s first shipment of 59,475 doses of the Pfizer vaccine was ordered from the federal government last Friday and will be delivered beginning Dec. 15 directly to 21 hospitals across eight counties, as well as to the state Department of Public Health Immunization lab.

"Vaccine will be distributed in phases, starting with our highest risk and highest need individuals," Baker said.

The governor added that vaccine distribution will be a long process that plays out over several months, and the timelines could change based on production. Here's what to know:

WILL PEOPLE GET IT? 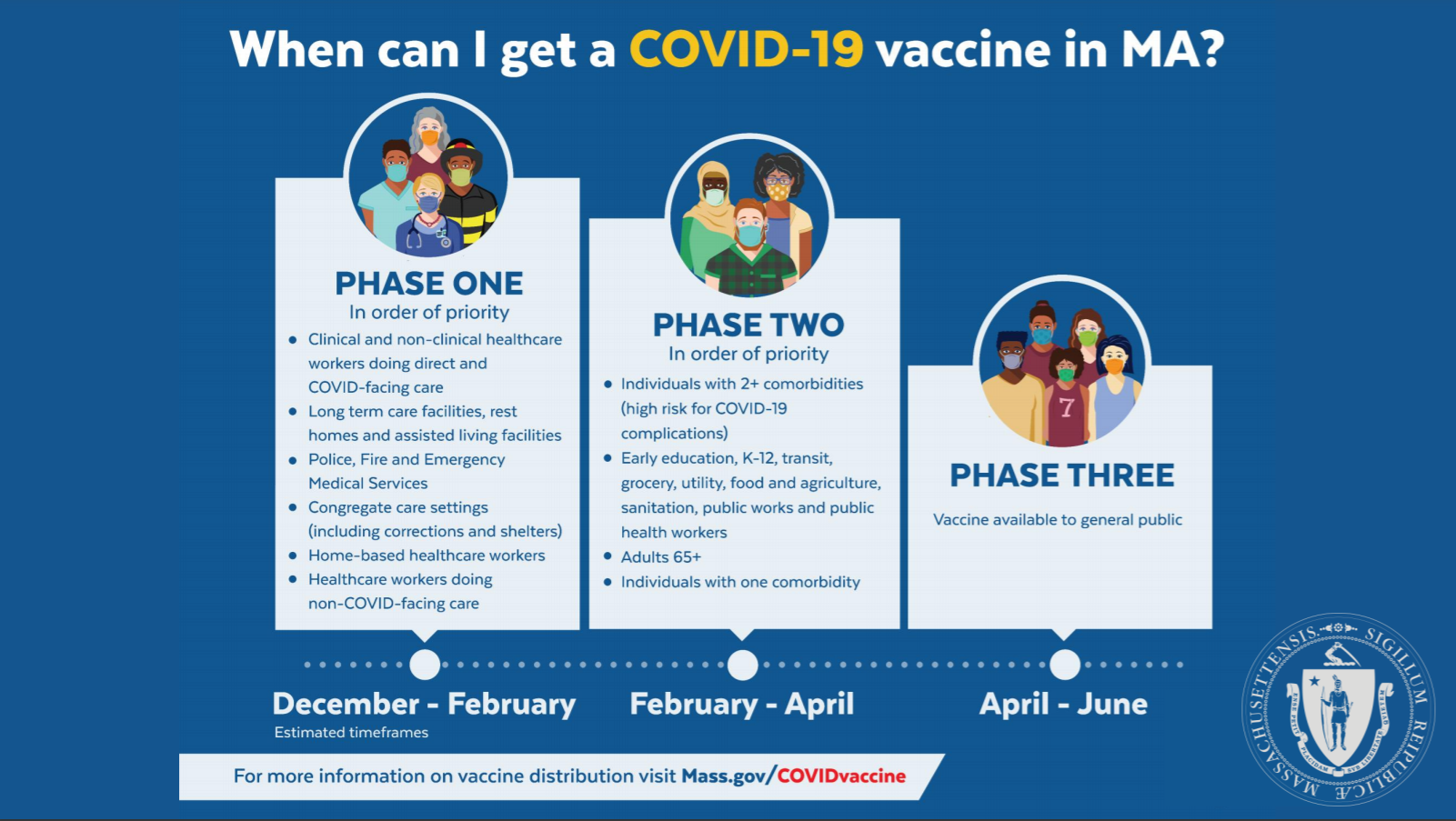 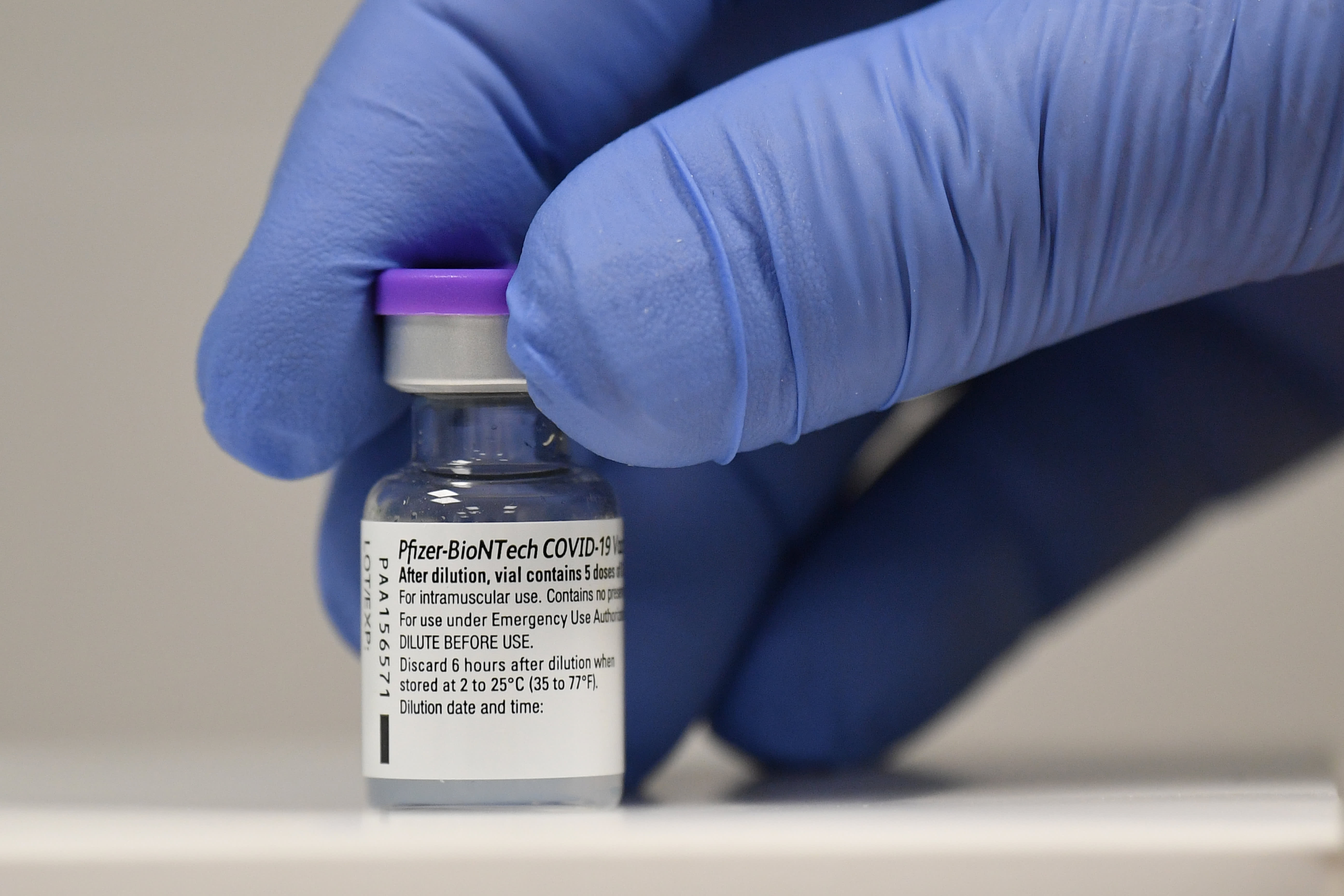