Boston Mayor Michelle Wu announced a vaccine mandate for patrons and employees at indoor venues including restaurants, gyms and theaters on Monday, and neighboring communities like Arlington, Brookline, Cambridge and Somerville said they are working toward similar requirements.

A day later, Massachusetts Gov. Charlie Baker announced a statewide mask advisory for indoor spaces along with several other measures including the activation of the National Guard and asking hospitals to postpone or cancel all nonessential elective procedures to free up more hospital beds.

The moves represented two major changes as the region works to combat the current COVID-19 surge as omicron cases continue to rise.

So what exactly do the new rules entail? Here's a quick recap:

The state Department of Public Health on Tuesday issued an updated mask advisory that recommends, but does not require, all residents cover their faces in indoor public spaces even if they are fully vaccinated against COVID-19. The mask advisory went into effect immediately.

Massachusetts had varying forms of a mask mandate in place for much of the first year during the pandemic. DPH replaced it with an advisory in May, about a month before Baker ended the COVID-19 state of emergency.

Asked Tuesday if he would need to declare another state of emergency to have the power to order another mandate, Baker replied that he has "no interest in putting a mandate on this issue given all the tools that are available on a statewide basis."

"If locals wish to pursue alternative options, they can do so," he said. "We issued a mask mandate last fall because we had no other options available to us. At this point in time, we have vaccines, we have rapid tests, we have our testing sites, and people know a lot more about what works and what doesn't with respect to combatting the virus. If people wish to add an extra layer of protection by wearing a mask in indoor settings, we would urge them to do so, especially when we have cases rising across the commonwealth."

With omicron cases rapidly rising in Massachusetts, Gov. Charlie Baker announced new guidelines Tuesday, including a face covering advisory and deploying 500 members of the National Guard to help with the hospital staffing shortage.

The governor will activate up to 500 National Guard personnel to help staff health care facilities in need. Up to 300 members will begin training this week to support 55 acute care hospitals and 12 ambulance service providers.

They will be deployed starting Monday, Dec. 27 to roles including non-emergency transport between facilities, observation of patients at risk of harming themselves, security, food service, and transporting patients inside hospitals.

Another 80 to 85 personnel covered by the latest order are already in action assisting with school testing, Health and Human Services Secretary Marylou Sudders said, and roughly 50 more will "manage logistics." The remaining 60 to 70 Guard members in the latest activation will be available if necessary.

Massachusetts hospitals are operating at more than 90% of inpatient capacity despite previous steps to reduce non-essential and non-urgent scheduled procedures, and the state has 500 fewer acute care beds available, when compared to January, because of "unprecedented staffing shortages," Bureau of Health Care Safety and Quality Director Elizabeth Kelley wrote in a memo to hospital CEOs.

Sudders said staffing shortages and site availability pose a challenge for field hospitals around the country, implying the state may have the resources available to pursue that option again.

Baker said the "vast majority" of hospitalizations for COVID-19 in Massachusetts involve patients who have not received vaccines, which he said offer "tremendous protection from illness."

Boston requires proof of vaccination for some businesses

Patrons and staff at indoor spaces in Boston -- including restaurants, bars, nightclubs, fitness facilities and entertainment venues -- will need to show proof they are vaccinated against COVID-19 starting next month, under the policy Wu announced Monday that marks a major shift from current practice in the city.

Wu's announcement came five days after the Boston Public Health Commission announced the city's first confirmed cases of the omicron variant of COVID-19, in three young adults over the age of 18 who were not vaccinated and experienced mild disease without needing to be hospitalized.

"This step will help increase our vaccination numbers, which we know is the best way to keep our community safe and thriving," Wu said. "Although Boston's vaccination rates have been high, we continue to see serious disparities by race and by age, allowing omicron and other new variants to spread in our communities. Vaccines are the most powerful tool in fighting this pandemic, once again, and they're the most powerful tool to allow us to recover as a city and to truly be together."

BPHC Executive Director Dr. Bisola Ojikutu said the number of COVID-19 cases in Boston has increased almost 90% compared to two weeks ago, with the city now averaging 369 new cases a day. She said hospital resources are "stretched thin" and that an estimated two-thirds of those hospitalized with COVID-19 in the city are unvaccinated.

Ojikutu, who issued the order establishing the proof-of-vaccine policy projected that the city's case numbers will "rise significantly" in January based on the omicron variant's transmissibility. 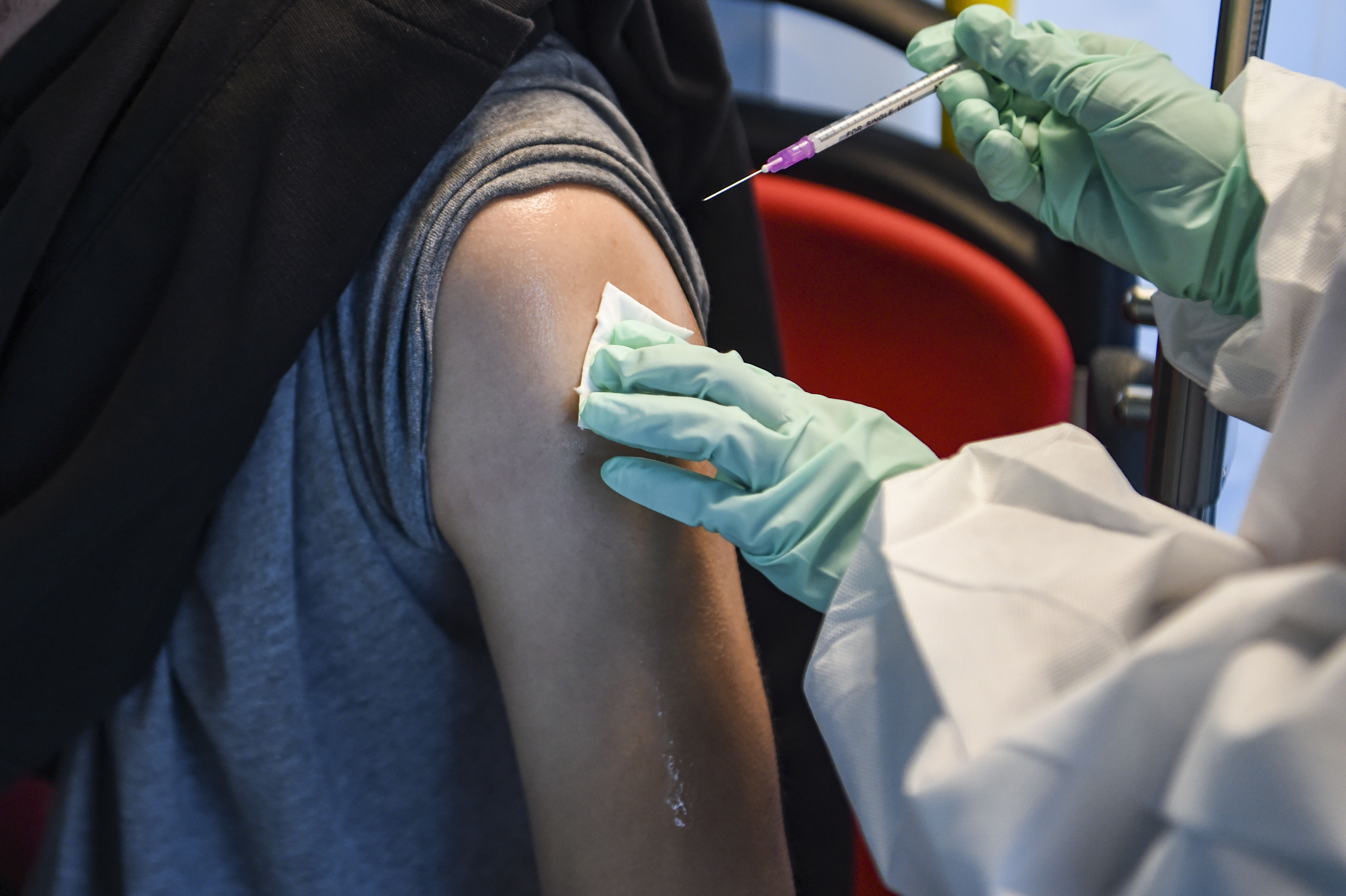 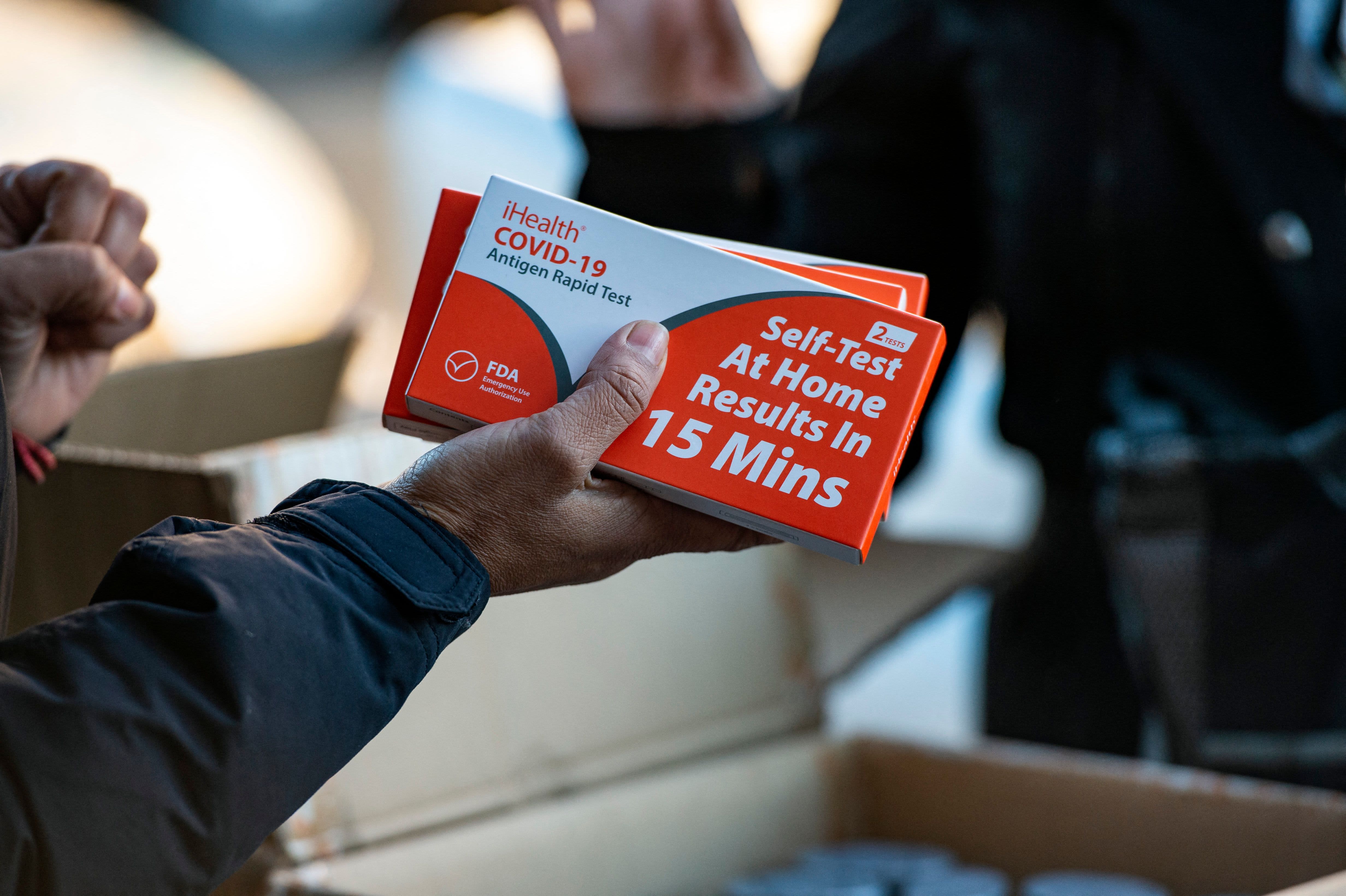 Under Boston's policy for indoor dining, fitness and entertainment establishments, dubbed the B Together initiative, workers and patrons age 12 and up will be required to show proof of at least one dose of a COVID-19 vaccine starting Jan. 15.

Proof of full vaccination -- acceptable forms include the CDC vaccination card, a photo of the card, "any official immunization record or digital image from a pharmacy or health care provider, or on any COVID-19 vaccine verification app" -- will be required for those 12 and up as of Feb. 15.

For children age 5-11, the youngest age group for which COVID-19 shots are currently authorized, proof of a first dose will be required as of March 1, with full vaccination required starting the first day of May.

Boston officials said the city plans to create its own proof-of-vaccination app, modeled after the Key to NYC app in New York City. Wu said she has been in touch with New York officials, where a similar vaccine requirement has been in place for months.

The Boston Public Health Commission order -- which says it will remain in effect until the executive director rescinds it -- calls for "all reasonable efforts" to be made "to secure voluntary compliance," including outreach, education and written warnings. It also allows for fines of $300 per violation "and orders of the BPHC to cease and desist."

In August, Acting Mayor Kim Janey imposed a rule requiring the city's 18,000 workers to get vaccinated or submit to weekly testing for COVID-19.

Wu said Monday that the city will drop the testing option "along the same timeline" as the new proof-of-vaccination requirement, with a first dose by Jan. 15 and second shot a month later.

Wu said Boston officials are "in conversations with all of our city unions to proceed along all the processes that are required." She said more than 90% of the city's workforce is fully vaccinated and that she is "confident that that number will continue to grow as we host on-site clinics in partnership with each of our departments."

Medical and religious exemptions will be considered.

Protesters at Boston City Hall were angry over the new vaccination mandates announced by Mayor Michelle Wu on Monday.