In a state with an all-Democratic congressional delegation, the winner of the primary is often seen as the presumed front-runner in the general election

U.S. Rep. Richard Neal of Massachusetts, the powerful chairman of the House Ways and Means Committee, held off Democratic challenger Alex Morse in Tuesday's primary after an acrimonious campaign that included allegations of sexual misconduct leveled at his younger opponent.

The contest was one of four in Massachusetts where U.S. House candidates were competing Tuesday for the chance to represent their party in the November general election.

With Rep. Joe Kennedy III leaving the House of Representatives, his seat is up for grabs.

The 71-year-old Neal -- the longest-serving member of the state's all-Democratic congressional delegation -- defeated 31-year-old Morse, seen as a political rising star after becoming one of Massachusetts' youngest and only openly gay mayors since becoming chief executive of Holyoke in 2011 at age 22.

Both had collected high-profile endorsements in the last days of the campaign: Neal from House Speaker Nancy Pelosi and Morse from U.S. Rep. Alexandria Ocasio-Cortez of New York.

The race was marked by allegations of inappropriate sexual contact with students by Morse when he was an adjunct professor at the University of Massachusetts Amherst.

Morse insisted his relationships with college students were consensual. In mid-August, the university said it launched an independent review.

Neal first was elected to the U.S. House in 1988 to represent the state's 1st congressional district, which encompasses the western portion of the state, including Pittsfield, Springfield, Lenox, North Adams and Stockbridge.

Neal will run unopposed in the November general election after Republicans failed to field a candidate.

The 41-year-old launched an unsuccessful bid for president, exiting the crowded race last August. Moulton had focused his White House candidacy on mental health treatment after revealing his own struggles on that front as a war veteran. He was first elected to the U.S. House in 2014.

In a statement, Moulton said he was setting his sights on helping former Vice President Joe Biden defeat President Donald Trump in the upcoming general election.

"When the future of your country is on the line, you go out and you fight for it," he said in a statement.

In the 4th Congressional District, seven Democratic candidates are seeking the seat being vacated by Democratic Rep. Joe Kennedy III, who opted not to seek reelection and instead challenge Sen. Edward Markey in the U.S. Senate primary.

The district winds from the Boston suburbs of Newton and Brookline south through Attleboro, Taunton and Fall River.

Responding to allegations of inappropriate behavior, Holyoke Mayor Alex Morse says he has never had a non-consensual encounter with anyone.

Goldstein, an infectious disease specialist and doctor at Massachusetts General, said he's had a front row seat to what he considers the federal government's disastrous handling of the coronavirus pandemic. He also saw himself as a candidate who's part of a wave of younger Democratic candidates trying to push the party toward a more progressive agenda.

Lynch, a former iron worker and labor leader who was born and raised in South Boston, retained the seat he's held since 2001. Lynch has pitched himself to voters as a fighter for working families.

While Tuesday is primary day, nearly 1 million Massachusetts voters had already cast ballots at early voting locations, by mailing them in or by depositing them in drop boxes due to fears of spreading or becoming infected with the coronavirus.

More on the Massachusetts primary 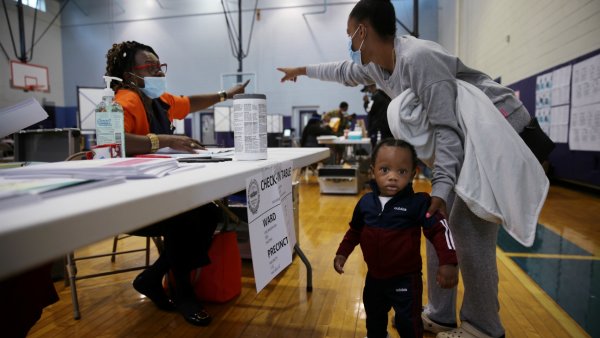 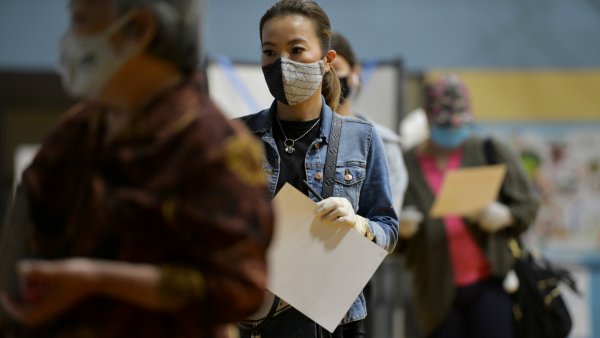