Holocaust Survivors Getting Vaccine: ‘Life Is a Gift, Even When It's Poorly Wrapped'

Sylvia Ruth Gutmann, an 81-year-old hidden child of the Holocaust, sat outside of her room at the Shillman House, an independent living community for older adults in Framingham, Massachusetts, eager to receive her COVID-19 vaccine.

"I'm incredibly lucky that I'm getting this second vaccine," she said.

A few seconds after the shot, she looked down in admiration at the Band-Aid with a smiley face on it that was placed on her arm.

As a child of the Holocaust, Gutmann was arrested with her mother and two sisters and was taken to Rivesaltes internment camp. Her mother and father were later taken to Auschwitz, where they were killed, but she and her sisters were saved by a child rescue organization and brought to the United States when she was seven.

"The Holocaust, in a way -- and what all has happened to me -- has made me much stronger," Gutmann said in an interview in early February. "Life is a gift, even if it's poorly wrapped. It is a gift."

Gutmann is one of five Massachusetts Holocaust survivors we asked to reflect on the significance of receiving the coronavirus vaccine. They all hoped to get back to a life without restrictions soon.

Survivor Esther Adler has written numerous poems about her experiences in Germany and now during the pandemic -- and the inability to engage in activities, go to the store or see her family.

"In Germany, when I was a kid and Hitler came to power, I sort of lived through a period where I was constrained from living a regular life," remembered Adler, 96. "But I think it made me prepared for a life where there are regulations that you have to keep."

Trudy Schwarz, 101, said the pandemic has been restrictive, but she was excited to have a layer of protection against the virus thanks to the vaccine. She noted that she wasn't worried about it hurting.

"They organized it so beautifully to protect us," she said of the Orchard Cove living community in Canton where she and many others interviewed for this story reside.

"Even though I've gone through a lot, the pandemic has introduced a very new feeling for me: sometimes I feel lonely," Gutmann said. "I miss hugs, I so miss hugs."

The pandemic has added new restrictions that the survivors haven't felt in years -- the inability to spend time with their families. It hits especially hard for survivors, as many of them lost their families during the Holocaust and rebuilt their lives with children and grandchildren after the war.

Holocaust survivors Edith Bard and Elsie Cohen are hoping to spend the Jewish holidays with their families this year after receiving the vaccine. Bard hopes to celebrate Passover this March with her grandchildren at her son's house and Cohen hopes to travel to Atlanta for Rosh Hashanah in September to see her family.

The pair even bet each other who would be able to see their families first.

Although Zoom and some outdoor visits have allowed them to see their families from a distance, Adler wrote in one of her poems that it doesn't provide the same personal connection:

Coronavirus, stay away, disappear
With our lives do not dare interfere
I'm glad for technology, but it cannot replace
A human touch, a kiss on your face. 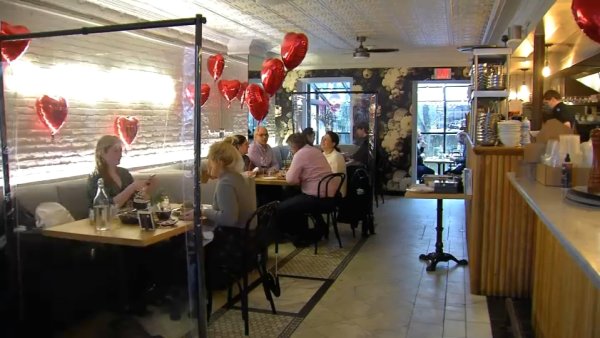 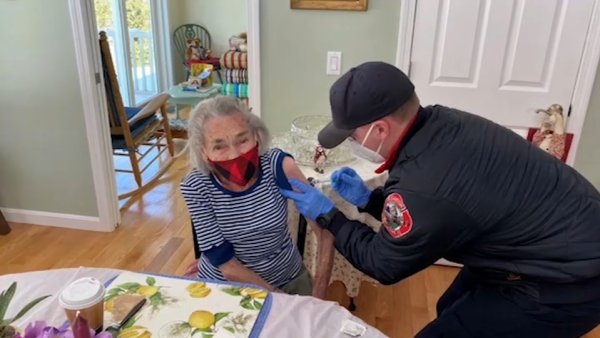