A crowd gathered on the Massachusetts State House steps to be seen, as part of International Transgender Day of Visibility.

"I think often it’s hard to get people to understand what we experience. They think it’s something wrong or immoral. We are just trying to live as ourselves and have a happy, supported life," said Alia Cusolito.

Organized by the Massachusetts Commission on LGBTQ Youth, the event featured remarks from representatives and senators from Pittsfield to Provincetown. Senate President Karen Spilka said Massachusetts has led the nation on protecting LGBTQ rights and will continue to stand up for the community.

"I will never stop working to provide legal protections to allow people to simply be who they are," the Ashland Democrat said. "That's as simple as it is. We should be letting people be who they are."

Spilka pointed to legislation (S 2540) the Senate passed in September 2021 that would allow for an optional "X" on state identification forms like driver's licenses and birth certificates. The bill, sponsored by Sen. Jo Comerford (D-Northampton), cleared the Senate on a 39-0 vote and has sat before the House Ways and Means Committee since Sept. 27, 2021.

Comerford, speaking at Thursday's rally, said when she joined the Senate, Spilka pulled her aside and asked her to lead the charge on the legislation.

"I'm deeply honored to carry this bill along with support from all of our colleagues. And this bill would enshrine in statute, an X designation, a non-binary designation, on licenses, on birth certificates, and on all state documents, as one of the pieces of solidarity work that must be done by the Legislature," Comerford said.

The Registry of Motor Vehicles in 2019 started allowing residents to select nonbinary gender markers in place of "male" or "female" on driver's licenses. The marker appears as an "X" on documents rather than an "F" for female or "M" for male. Former Massachusetts Commission on LGBTQ Youth Director Corey Prachniak-Rincon said the shift made the state a more inclusive place to live.

"Members of the commission and community have worked for years to make this happen, and we’ve already heard from many people who have gone to the RMV to update their IDs. Not only does this affirm their identities, it also helps to protect their safety," Prachniak-Rincon said in a statement at the time.

Speakers also decried a new Florida law that bans public school teachers in kindergarten through third grade from teaching students about sexual orientation or gender identity, prohibits instruction that is not age appropriate for students, and requires school districts to adopt procedures for notifying parents if there is a change in services from the school regarding a child’s mental, emotional or physical health or well-being.

"Parents' rights have been increasingly under assault around the nation, but in Florida we stand up for the rights of parents and the fundamental role they play in the education of their children," Florida Gov. Ron DeSantis said Monday as he signed the new law. "Parents have every right to be informed about services offered to their child at school, and should be protected from schools using classroom instruction to sexualize their kids as young as 5 years old."

"Texas law also imposes a duty on DFPS to investigate the parents of a child who is subjected to these abusive gender-transitioning procedures, and on other state agencies to investigate licensed facilities where such procedures may occur," Abbott wrote to DFPS Commissioner Jaime Masters.

Spilka said she is "deeply concerned" about proposals in Texas, Florida, and other state Legislatures that "seek to, I believe, clearly discriminate against trans, non-binary, and gender expansive youth."

"I firmly, today and every single day, denounce these proposals," said Spilka, who ran for Congress in 2013.

Boston Alliance of LGBTQ Youth Executive Director Grace Sterling Stowell said Thursday's rally was organized to help ensure Massachusetts continues to be a state that supports "all of us, regardless of our identities, and especially the young people of all our communities." 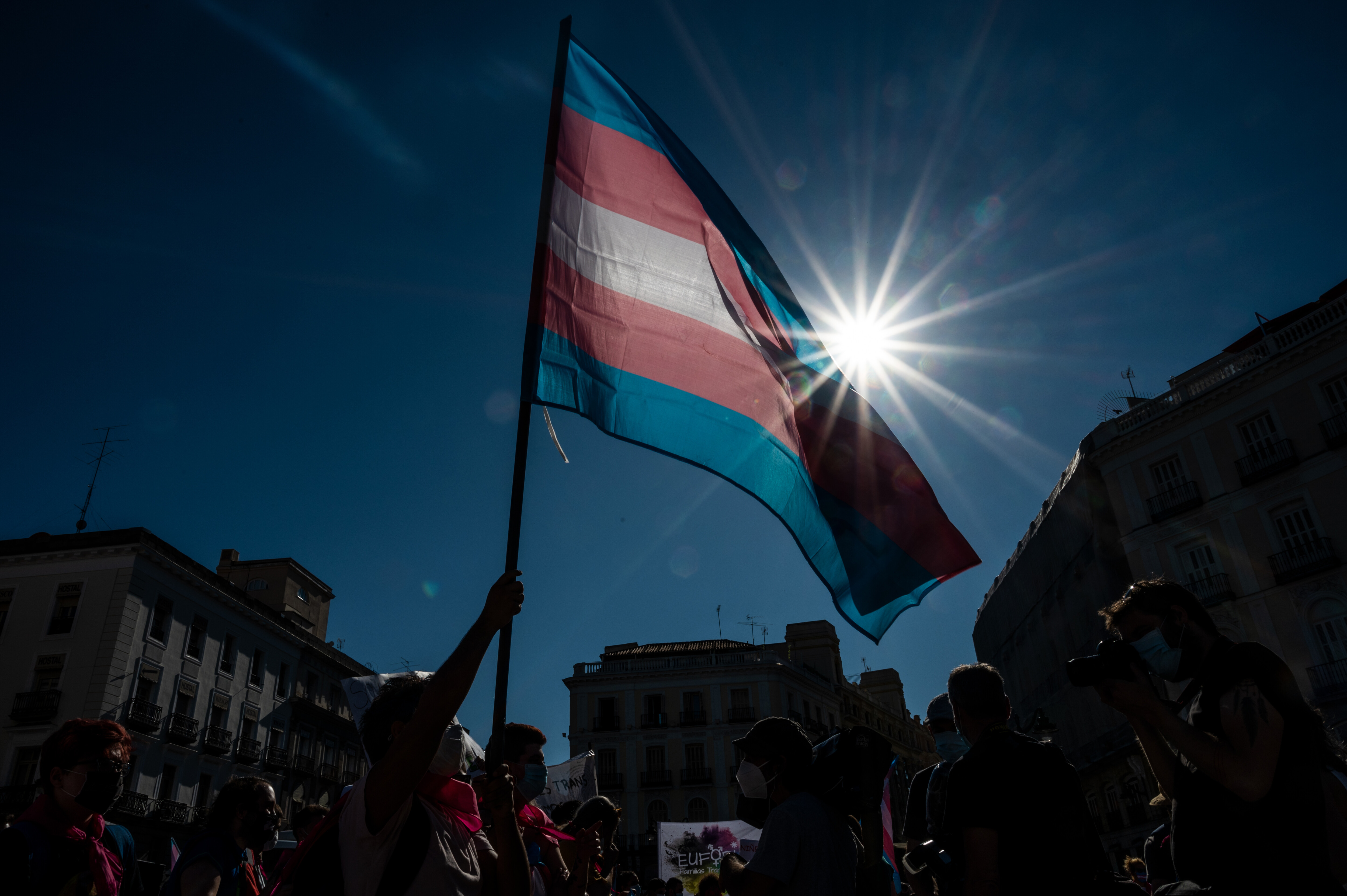 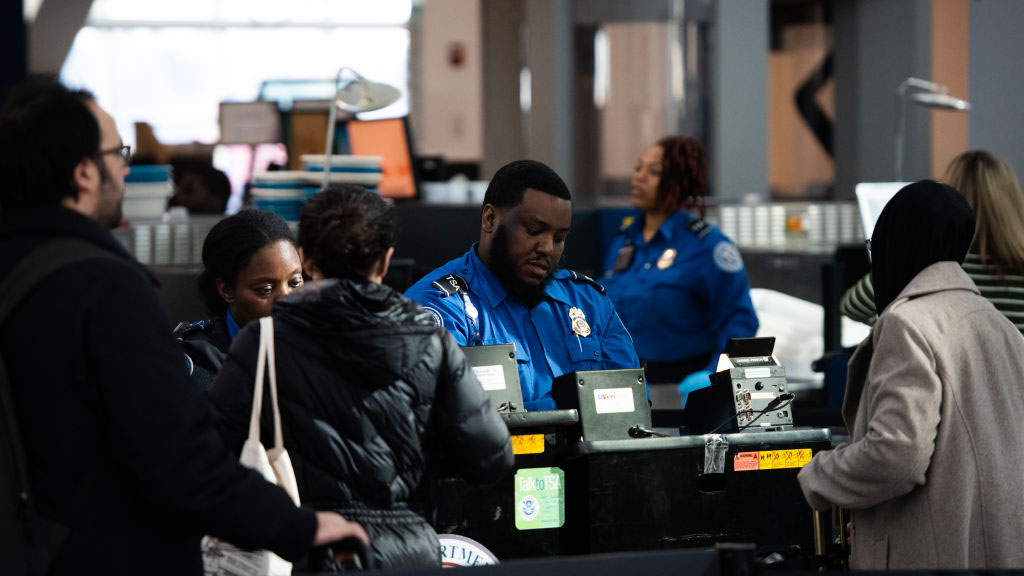 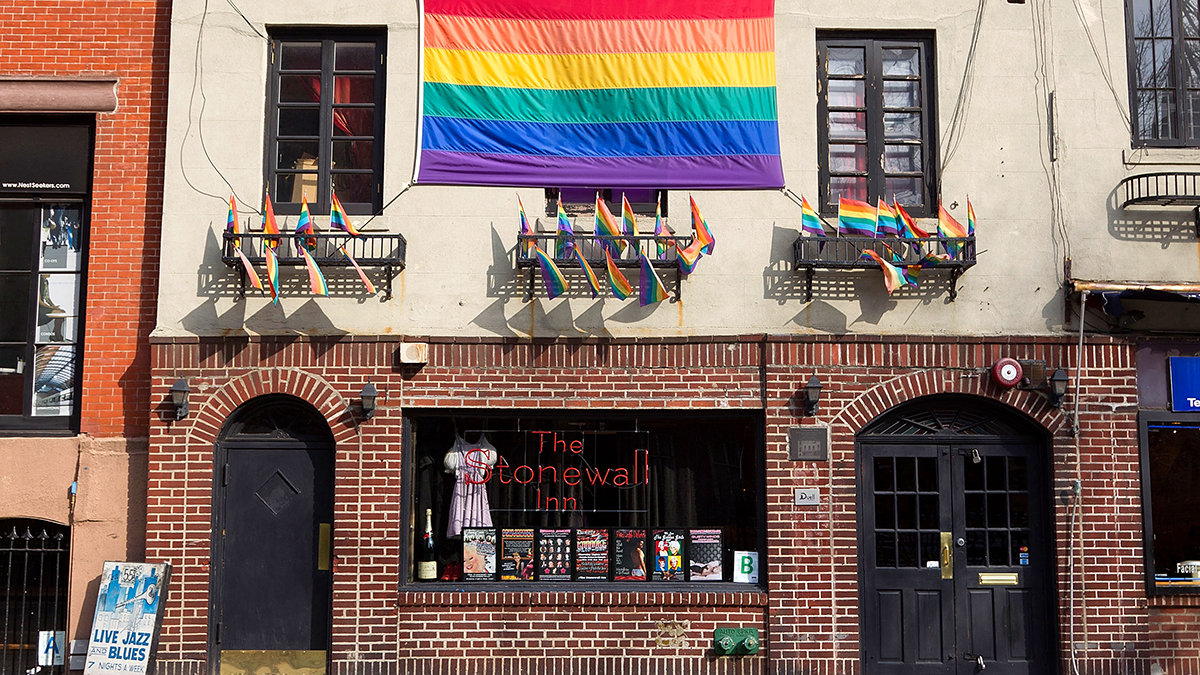 "Young people too often are the targets. And we can see that now in other states and yes, here in our own backyard, where hate and bigotry is being directed at the most vulnerable in our communities," Stowell said. "And for young people who sit at the intersections of race, gender identity, sexual orientation, disability, and so many other experiences and identities, the attacks are brutal."

One change that was celebrated at Thursday's event was how the TSA announced gender-natural screening.

The agency is replacing gender-based imaging scanners with more accurate technology to reduce pat downs in sensitive areas. The pat downs will also be less invasive.

"When you are walking through and someone is arbitrarily choosing to press one button or another based on their visual cues of whether they perceive you as male or female and that is problematic in itself," said Minor.

Pre-check enrollees can choose the gender they identify with or select X as an alternative gender.

Margaret has a non-binary child. She called the changes a baby step.

"On your birth certificate, on your passport, on all the of above, social security card," she pointed out.

Two airlines will now allow flyers to check undisclosed for gender with a third airline joining in later this year.

While everyone celebrated what has been accomplished, those in attendance agree much needs to be done.

"We want everyone to be part of our community and we should be uplifting them in the same regard," said Ayanna Polk, City of Boston Mayor's Office communications and outreach manager for women's advancement.