Monkeypox vaccine providers in Massachusetts have received an alert from state public health officials that the state is shifting its vaccine strategy to focus on one dose while supply is limited.

NBC10 Boston learned exclusively Friday from vaccine providers that the state is shifting its strategy in order to get more people vaccinated.

In a message to Massachusetts health care providers, hospitals, community health centers and local boards of health, the state Department of Health announced that the state is moving to a first-dose prioritization strategy starting Monday to ensure that the maximum number of people who are eligible for the monkeypox vaccine get some level of protection.

"This means that, although the vaccine is approved as a two-dose series, we are recommending that providers limit vaccine administration to a first dose, a strategy in line with a growing number of other jurisdictions across the country," state health officials said in their statement.

State public health officials confirm this will go into effect on Monday, and second dose appointments that have already been scheduled will be honored.

Dr. Ted Calianos, president of the Massachusetts Medical Society, said this is the right move.

“They’re trying to get everyone their first dose and then hold on giving automatic second doses,” Calianos said. “I think the focus appropriately so is now in getting those populations most affected their first dose of vaccine.”

Dr. Duane Wesemann, an investigator in the Brigham’s Division of Allergy and Clinical Immunology, says the virus typically requires skin to skin contact, and knowing that, people at higher-risk should be able to minimize exposure.

“I worry that cases will continue to climb at least in the short term,” said Wesemann. “My hope is vaccine access will increase. It’s something to take seriously. I don’t think it’s something we need to panic over.”

The Biden administration declared monkeypox a public health emergency on Thursday as cases topped 6,600 nationwide. That number had already climbed to 7,100 cases as of Friday afternoon.

The declaration could facilitate access to emergency funds, allow health agencies to collect more data about cases and vaccinations, accelerate vaccine distribution and make it easier for doctors to prescribe treatment.

A quarter of U.S. cases are in New York state, which declared a state of emergency last week. California and Illinois followed suit with emergency declarations Monday. Monkeypox is rarely fatal, and there have been no deaths in the U.S. during the current outbreak.

There are currently 157 confirmed cases of monkeypox in Massachusetts, 43 in Connecticut, 14 in New Hampshire, two in Maine, 28 in Rhode Island and one in Vermont.

“I think the initial uptake was slow,” said Dr. Kenneth Mayer, medical research director at Fenway Health. “The first cases were reported in mid-May, and here we are in August, but things are ramping up now.”

Mayer says cases will likely climb in the weeks and months ahead before it slows down.

“Fenway’s vaccinated close to 1,500 people so far,” he said. “Some of the days they have vaccinated as many as 100 people in a given day, and there continues to be a high level of demand.” 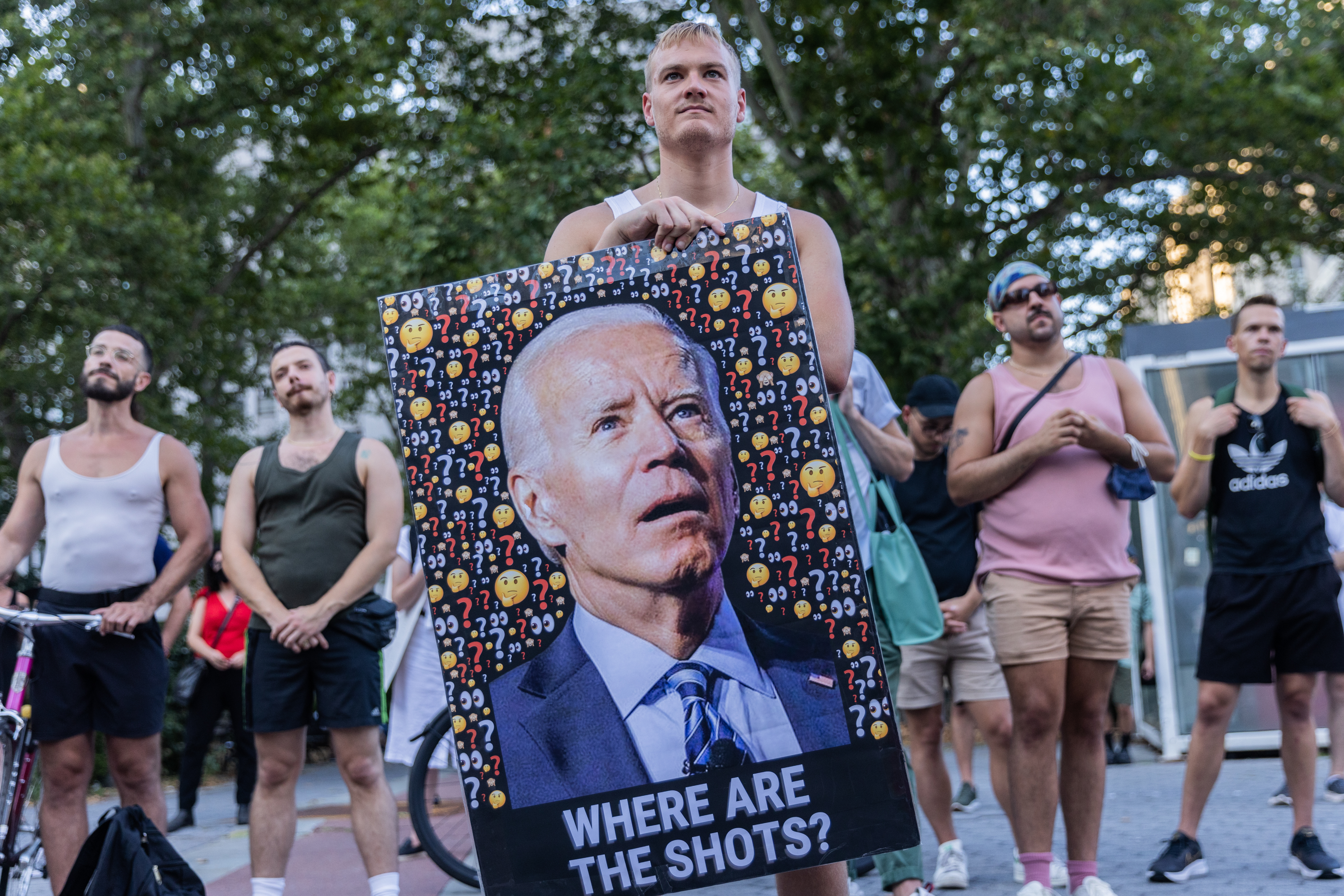