Mayor Kim Janey said Friday that the investigation into decades-old domestic violence allegations against Police Commissioner Dennis White uncovered "a culture of fear and silence" within the Boston Police Department.

"This investigation of Dennis White reveals a flawed process and a misguided department culture. It is clear from the report that we have to move in a different direction," Janey said.

After reviewing the findings of the investigation, she said she informed White on Friday that she intends to hold a hearing, in accordance with city statutes. Janey said White's lawyer has already filed papers in court seeking to stop this process.

“What Acting Mayor Janey did today was wrong and a violation of law and Commissioner White’s rights," White's attorney Nick Carter said at a press conference Friday. “She called him this morning and told him she was going to terminate him and promote Superintendent Nora Baston to Commissioner, that decision is wrong.”

Janey says she did not name who White's successor would be, only telling the commissioner that the department needs to move in a different direction. The mayor says she cannot name a new commissioner until the legal situation is resolved.

But Carter claims Janey "ran roughshod" over the legal requirements of a notice, hearing and cause for terminating White's employment.

"Any removal would require a hearing and cause, and there is no cause to remove him," Carter said in a statement. "Acting Mayor Janey says that she is conducting a 'hearing' this afternoon. But a hearing where the decision has already been made is no hearing."

Carter said in his statement that they filed suit to stop Mayor Janey and the City of Boston from "their unlawful action," nothing that Commissioner White is "being treated very badly and in violation of the law."

White was placed on leave in February by former Mayor Marty Walsh just days after he was sworn in after The Boston Globe raised questions about 20-year-old domestic violence allegations. He replaced William Gross, who retired in January. Superintendent-in-Chief Gregory Long has been leading the department while lawyers investigated the allegations.

Janey said many officers refused to speak with the investigators looking into the allegations.

"What is often referred to as a blue wall of silence was confirmed by one retired officer who said he received five phone calls directing him not to cooperate with this investigation," she said. "Other officers were intimidated into silence, for fear of retaliation."

The investigation revealed a 1993 case in which White allegedly threw a woman down the stairs; a 1999 incident in which he allegedly threatened to shoot two people; and multiple complaints of physical abuse. He was never charged.

Janey said it is time to "turn away from the mistakes of the past" and move toward a "more just and equitable Boston."

To that end, she said she is working to assemble a committee comprised of residents, public safety advocates and law enforcement professionals to help define what Boston residents want from the leaders of their police force.

After just two days on the job, Boston's new police commissioner has been put on leave over decades-old domestic violence allegations came to light.

She named attorney Stephanie Everett as the leader of the new Office of Police Accountability and Transparency, a body whose creation was recommended by the city's police reform task force. She said the office would get $1 million under her proposed budget, to be released Wednesday, while the Boston Police Department would have its overtime expenses funding cut.

Other investments included expanding the police cadet program by 50%, adding "20 new diverse officers to the police force," and reviewing allegations against police officers for policies the department has "discontinued due to disparate impacts on officers of color," Janey said. 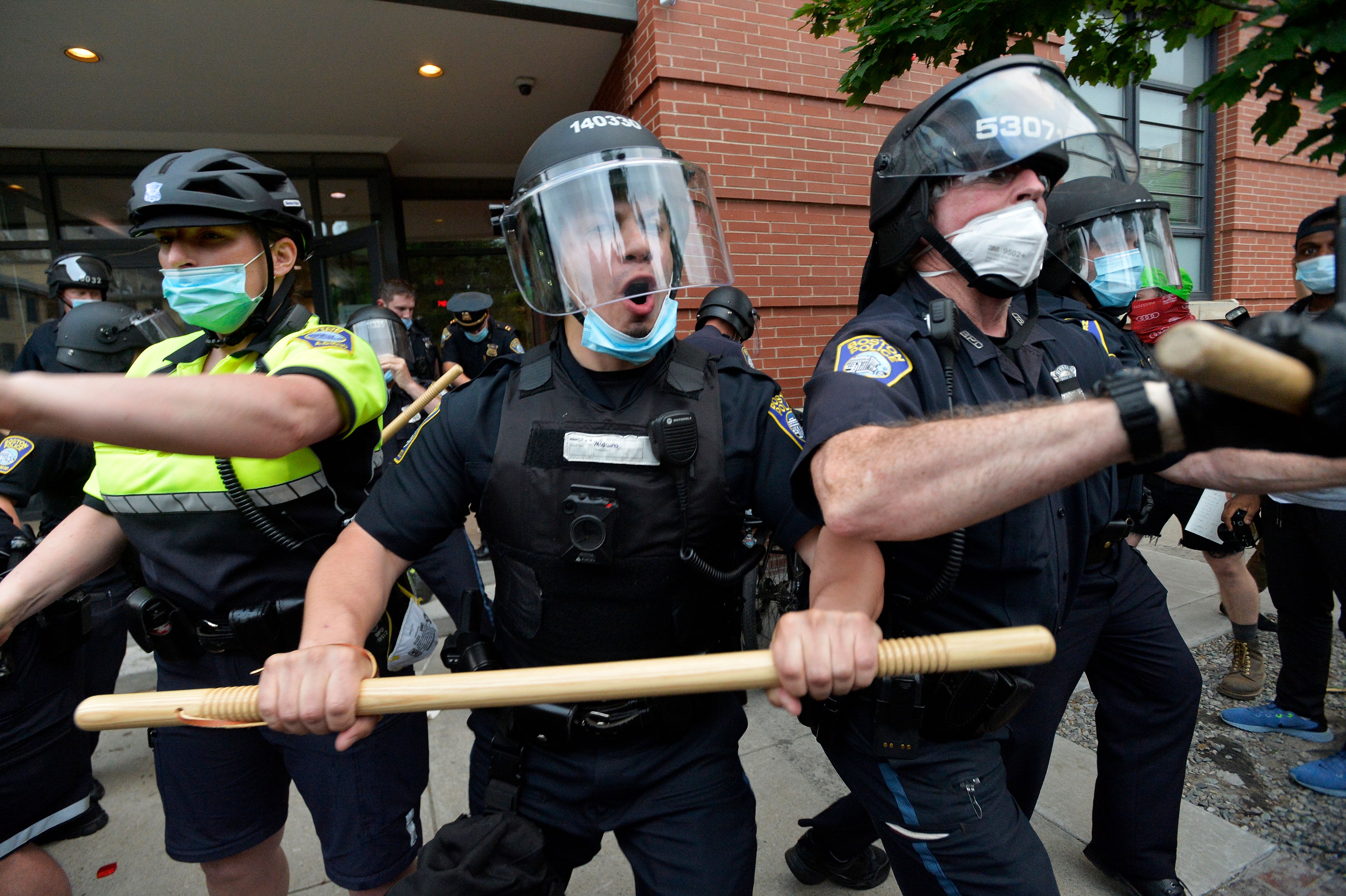