2020 Boston Marathon Is Canceled Amid Pandemic, Goes Virtual Instead

It's the first time since 1918 that the race won't be run in its usual form, and brings an economic hit to Boston of more than $200 million, according to the Boston Athletic Association

The Boston Marathon won't be run this year, Mayor Marty Walsh announced Thursday, calling it unfeasible for public health reasons as the coronavirus pandemic continues to hit Massachusetts. The race will be replaced with virtual events.

"There's no way to hold the usual race format without bringing large numbers of people into close proximity," Walsh said at a news conference outside Boston City Hall.

It's the first time in over 100 years that the world-famous marathon won't be run, according to the CEO of the Boston Athletic Association, which organizes the race. The only other time was 1918, in the midst of the flu pandemic and World War I, when the race was turned into a military relay.

The marathon was set for its 124th running on April 20, but had been postponed until September as the coronavirus crisis ramped up in Massachusetts. Organizers had hoped to hold it in the fall, but Walsh said Thursday that it would be unrealistic and irresponsible to hold it all this year.

The Boston Athletic Association is planning a week of virtual events instead, CEO Tom Grilk said at the news conference. See more information on the virtual marathon here.

Registered participants of the in-person race will be given refunds for their entry fees and be offered a chance to participate virtually, Grilk said.

"While we can't bring tens of thousands of people from around the world to Massachusetts for the marathon this year, we do hope to bring the spirit of the Boston Marathon to the world, and we'll do our best to do that," Grilik said.

Walsh also discussed several other initiatives at his news conference, including the city's principles for reopening offices next week and a new initiative to open Boston's streets during the coronavirus crisis. He announced $1.75 million in emergency funding for the Boston Immigrant COVID-19 Collaborative, which brings together 11 organizations that help immigrants in the area.

But the marathon announcement overshadowed it all, striking one of the city's most highly anticipated events -- and biggest tourism generators -- from the calendar. After checking with Grilk, Walsh said the economic hit to the city will be over $200 million.

"This is the challenge, but meeting tough challenges is what the Boston Marathon is all about," Walsh said. "It's incumbent on all of us to dig deep, like a marathon runner" to keep its spirit alive in its virtual form.

Mayor Marty Walsh announced that this year’s marathon has been cancelled due to public health concerns.

Boston has had 627 people with the coronavirus die, and more than 10 times that number have died around the state. The rate of death has tapered off in the last month, but Walsh said it was in April, when the outbreak was peaking, that he realized he would likely have to cancel the marathon.

He's been warned about the possibility of a second surge in cases coming between August and October. The postponed race would have brought together huge crowds right in the middle of that range, possibly spreading the virus once again.

Athletes can run the "virtual alternative" race, as the Boston Athletic Association put it, during the week of Sept. 7. The organization will offer a printable finish line, panel discussions and medals for participants who can show they completed the race.

The Boston Marathon's September 14 rescheduling date is now under question after it was delayed in April, shortly after the coronavirus outbreak.

Runners who spoke to NBC10 Boston Thursday said they had a sense the decision was coming, but it still stings to hear it.

"I do feel a little bit defeated or a little bit let down, but it's easier to justify or be okay with that feeling just knowing that, for me at least, there's another opportunity to do this. There's always next year," Robert Fusco said.

But the runners did say it feels good to know they've raised a lot of money for charity in the process of training.

The Boston Marathon is the latest victim of the coronavirus in Boston, following the St. Patrick's Day Parade, July 4th celebration and all large, permitted events through the summer.

Boston Marathon runners made their own personal marathons happen on Monday with the main event postponed, but one went above and beyond to raise almost $20,000 by running all 26.2 miles on his treadmill.

On the subject of Boston's offices, which are set to reopen Monday, June 1, under Massachusetts Gov. Charlie Baker's plan for reopening the state, Walsh offered a set of guidelines.

They include offering mechanisms for scaling back office use if coronavirus cases flare up, having drastically different routines from before the shutdown until a vaccine or effective treatment is ready and planning for an equitable reopening.

Offices reopening, even in a limited capacity as the plan calls for, should result in an increase in highway traffic and MBTA ridership.

The city has also been working on plans to provide more space for pedestrians and for restaurants to create outdoor seating areas, though Walsh has said he does not expect the restaurant industry to return to 100% capacity anytime soon.

He announced a "Healthy Streets" initiative Thursday that expands bus stops, accelerates the installation of bike lanes and finds new but as-yet unspecified ways to accommodate outdoor seating for restaurants -- all an effort to give pedestrians more space outside amid the pandemic.

At his last news conference on Tuesday, Walsh announced the establishment of a $6 million fund to help the city's small businesses reopen safely. The Reopen Boston Fund is for Boston business with fewer than 15 employees who work in close proximity, like barbershops and hair salons.

More on the Boston Marathon's Cancellation 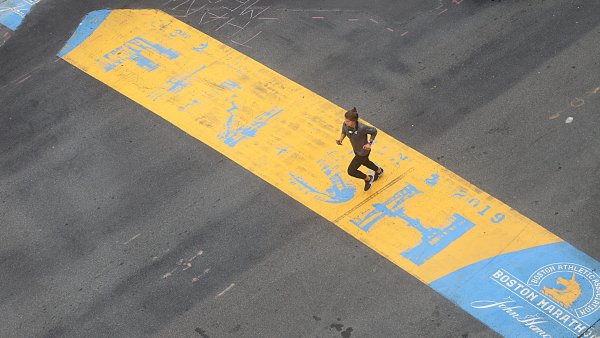 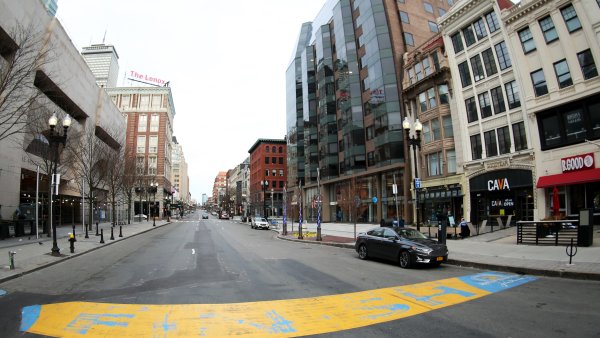