Boston to Step Back in Mass. Reopening Plan Amid Surging COVID Cases

"We're going to take action now to reduce in-person activity in our city … and prevent our hospitals from getting overwhelmed," Mayor Marty Walsh said

Boston is moving back to a modified version of Phase 2, Step 2 of Massachusetts' reopening plan starting Wednesday and staying for at least three weeks, Mayor Marty Walsh announced Monday.

The move comes amid a surge in coronavirus cases in the city that Walsh said is bringing coronavirus levels to the city's "threshold for concern." The city's health czar said two of those metrics will likely hit their thresholds the next time the mayor holds a news conference -- he often holds more than one a week.

Other communities in the area have announced their own, similar measures, including Newton and Brockton. Massachusetts at large is in Phase 3, Step 1 of the reopening plan, where it moved last week amid a statewide surge in COVID cases.

“We are a little disappointed that we are going to have to go through a temporary shutdown again,” said Steven Lombardi, regional manager for Planet Fitness in the Boston area.

“Out of 75 Planet Fitness clubs in Massachusetts, since we reopened in July have had a little over 3 million check-ins, and .001125% of them have actually tested positive for COVID and there’s no evidence they contracted it inside the club,” Lombardi said. 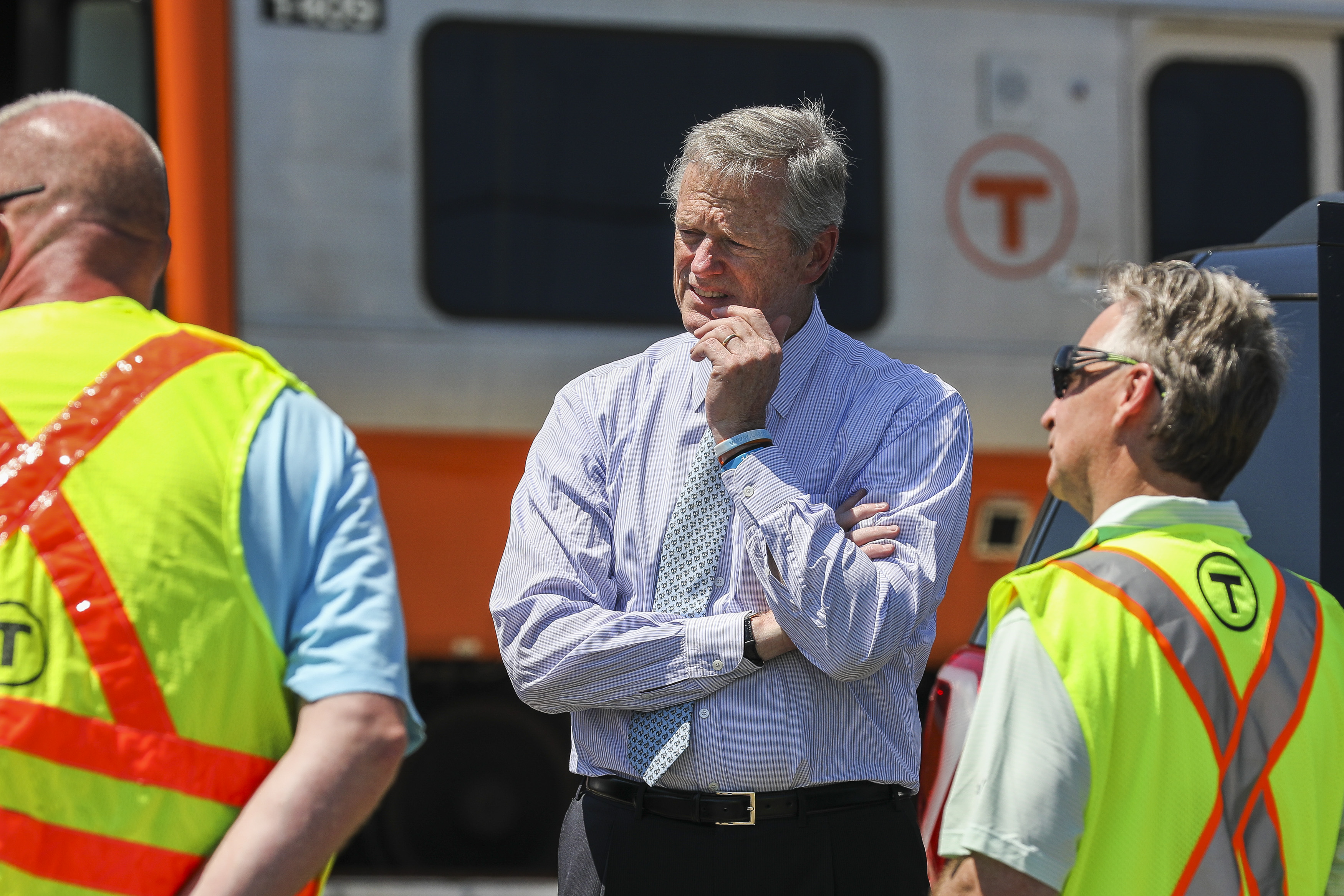 Other industries will be affected as well, though they won't have to close.

Additionally, while indoor dining may continue with current restrictions, bar seating at restaurants is being restricted except with special approval from the city's licensing board, Walsh said, acknowledging concerns about indoor dining spreading COVID-19 and the impact that ending indoor dining would have on local restaurants.

Walsh added that there will be stepped-up restaurant enforcement to ensure compliance with coronavirus guidelines via emergency oversight meetings set to take place every week, one of many changes needed now to avoid a more severe shutdown later on.

"We're going to take action now to reduce in-person activity in our city … and prevent our hospitals from getting overwhelmed," Walsh said in the coronavirus briefing from Faneuil Hall that came about an hour after the United States' coronavirus death toll topped 300,000 and the same day that the first doses of vaccine arrived in Massachusetts.

Boston's seven-day average of active COVID-19 cases steadily rose from 4,527 to 5,351 cases between Dec. 5 to Dec. 12, the most recent day data was available, after slower growth over the prior week.

The first shipment of Pfizer and BioNTech's COVID-19 vaccine arrived Monday at hospitals in Massachusetts including Boston Medical Center.

Walsh described Boston as being "pretty much into our third week now of high numbers" after Thanksgiving, when many people are thought to have gathered indoors with others from outside their homes for extended periods of time, which public health experts say is the most likely way to spread the virus.

The city was averaging fewer than 125 new cases per day in the weeks before Thanksgiving. Starting five days after the holiday, Boston has been seeing more than 500 new cases per day, according to Walsh.

"If these trends don’t stop, it will be a very difficult winter for our hospitals and for a lot of people," Walsh said.

Mayor Marty Walsh announced their decision to step back to Phase 2, Step 2, in order to control the spread of the virus.

Looking ahead to the holidays, Walsh said he didn't want people's behavior to contribute to a new spike.

At his last COVID-19 update on Thursday, Walsh had said further rollbacks of the reopening of Boston's economy were "on the table" if cases continued to rise at the current pace.

"In the event we have to roll back... we won't hesitate," he said at the time.

Mayor Marty Walsh shard his concerns that holiday travel and parties would create a surge of coronavirus cases next year.

Massachusetts health officials reported 3,572 new confirmed cases of COVID-19 on Monday, as well as 37 more deaths, as the number of those requiring hospital care for the virus continues to climb across the state.

There have now been 11,135 confirmed deaths and 283,146 cases, according to the Massachusetts Department of Public Health. Another 253 deaths are considered probably linked to COVID-19 at this time.

The percentage of coronavirus tests coming back positive, on average, ticked up to 5.71%, according to the report. It was 5.61% on Sunday.

There were nearly 1,800 people reported hospitalized Monday because of confirmed cases of the disease, with more than 350 in intensive care units and nearly 190 intubated.

Mayor Marty Walsh said that Boston has no plans to roll back its reopening plan right now, but it could be a possibility if infection numbers go up