The teachers union in Melrose, Massachusetts, has voted to go on strike beginning Tuesday if a contract agreement has not been reached by then.

The Melrose Education Association says 90% of its members met took part in a vote Friday, and 99% of those present elected to authorize the strike unless a deal with the Melrose School Committee could be struck over the long weekend.

If an agreement is not reached with the school committee by the end of the holiday weekend, the Melrose Education Association will go on strike.

"Our educators, students, families, and community deserve better than what Melrose Mayor Paul Brodeur and the Melrose School Committee have been willing to offer and what we know the city can afford," the union said in a statement Friday. "Even though our contract expired almost 200 days ago, Melrose educators have been showing up to their schools and delivering an excellent education to the students who we serve. We are dedicated to our students, and if Mayor Brodeur and the School Committee were equally committed to our students, we would have reached a contract settlement long ago."

The union called the continued bargaining and the positions of Brodeur and the Melrose School Committee "disheartening and disrespectful."

"We remain hopeful that the School Committee bargaining team will meet with the MEA bargaining team as soon as possible," the union said. "Bringing in an outside mediator only will delay negotiations by keeping the MEA and School Committee from meeting together and that process will ultimately cost the city more money. Our decision to strike is not an easy one to make. However, we also no longer can ignore the unmet needs of our students because Mayor Brodeur and the School Committee will not fund a contract that supports the public schools that Melrose deserves."

"The School Committee understands the frustration being experienced by the Melrose community relative to collective bargaining with our teachers. To say that we are also frustrated would be an understatement," the committee said in a statement Friday. "We've made many generous and fair offers that have been rejected, and prior to the Melrose Education Association's (MEA) December 19, 2022 proposal the parties were only ½ point apart over three years. The MEA's offer on December 19, instead of bringing the parties closer to an agreement, brought the parties further apart, in that the MEA is now proposing to receive an additional 1% on day 90 of the contract."

According to the committee's statement, it has an offer giving 8.5% raises over a three-year period, in addition to regular wage adjustments, "as well as providing a reduction in after school meeting time, additional elementary prep time, and an additional half day, among other language changes to the contract."

"We've been advised by the President, Lisa Donovan, that the Melrose Education Association voted this afternoon to authorize a strike, yet the School Committee remains committed to working with the MEA to resolve this dispute through mediation," the statement concluded.

The decision comes after months of failed negotiations. Melrose Superintendent Julie Kukenberger said in an email to parents Thursday that the union may have been planning to strike as early as Friday.

According to a letter sent to parents from Superintendent of Schools Julie Kukenberger, the Melrose Education Association could vote to strike as soon as Friday.

The teachers union in Melrose, Massachusetts, may be planning on striking.

"MEA leaders have not contacted any Melrose Public Schools officials about their plans or responded to a direct request for information, so the situation remains unclear, but we wanted to provide some information today so that parents and guardians can begin to make alternate plans for their children, if necessary," she said in the email.

A strike would temporarily close schools.

"I was disheartened to hear the announcement today that the Melrose Education Association (MEA) is planning to vote to hold a teachers’ strike," Brodeur wrote in a letter to the community Thursday evening. "MEA leaders have not contacted any Melrose Public Schools officials about their plans or responded to a direct request for information, but District leadership is under the impression that a strike could take place as early as tomorrow, Friday, January 13, or Tuesday, January 17. As Superintendent Kukenberger indicated, a strike will cause schools to close for all students."

Many parents who received the email told NBC10 Boston Thursday they were initially caught off-guard, but that they were not surprised.

"It was like, 'Oh, OK. It's 3:15 on Thursday," said Melrose mother Ellen Steward. "Let's figure out what we're going to do as working parents to make sure our kids have coverage."

Steward is also the president of the Hoover Elementary School PTO.

More on the contract negotiations in Melrose 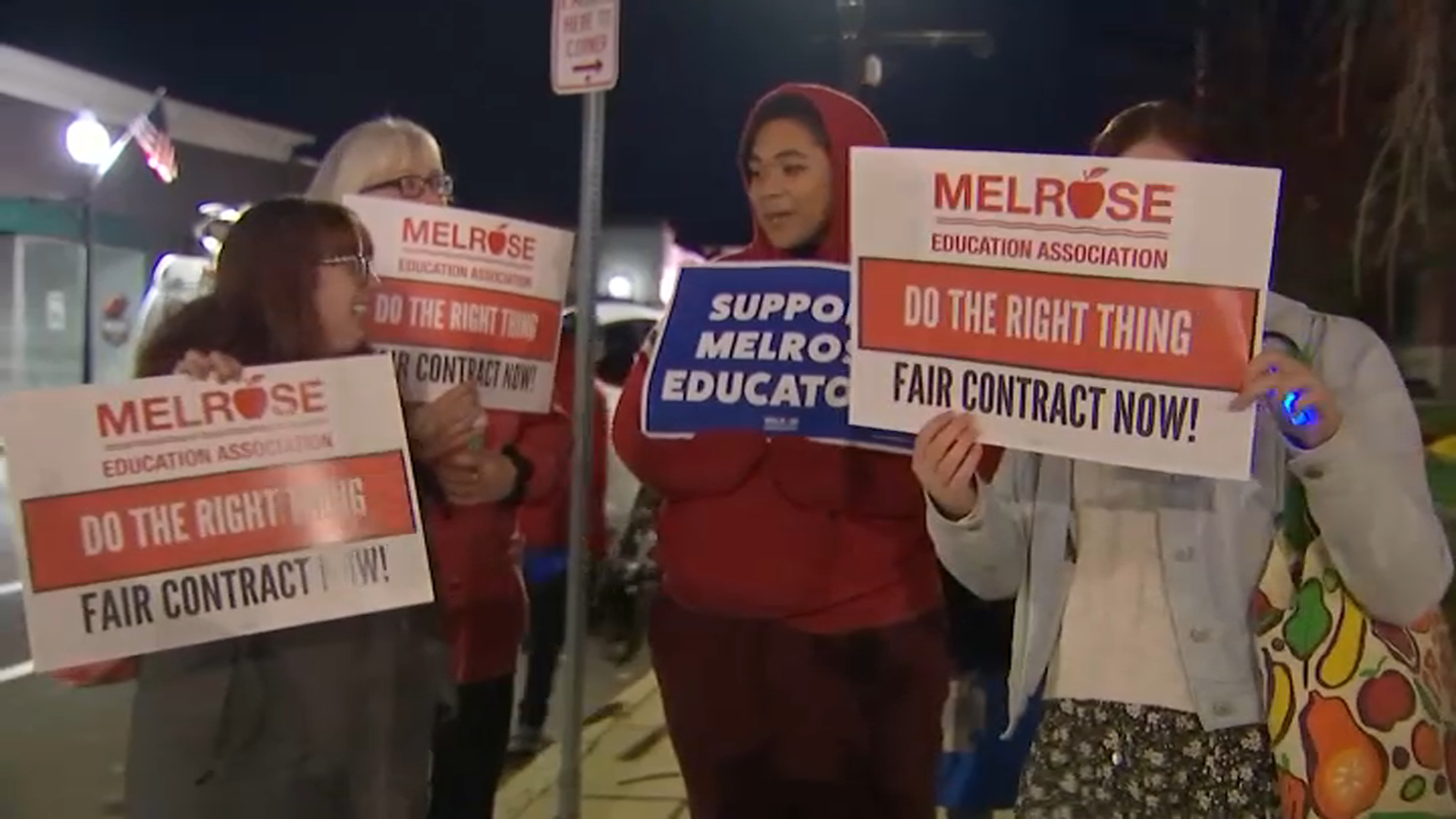 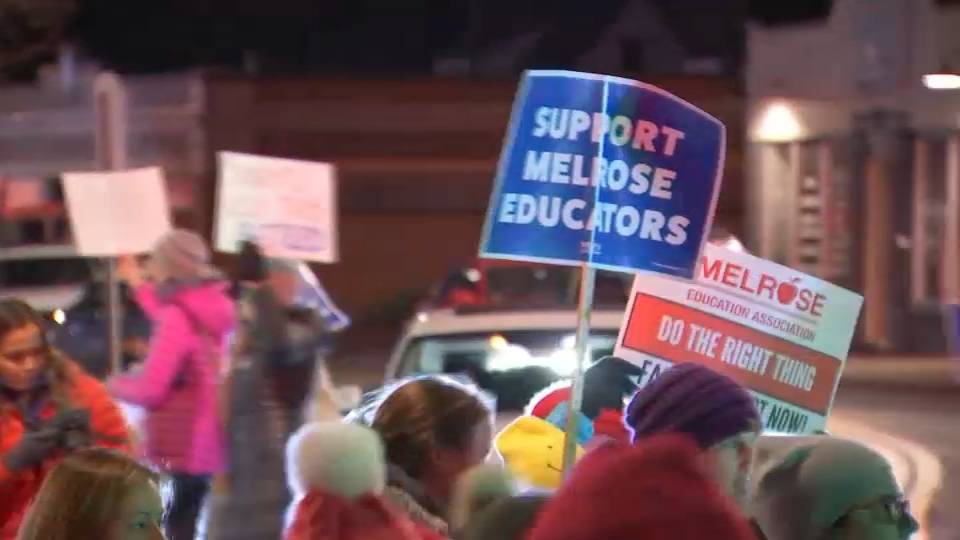 Melrose Teachers Rally for New Contract: ‘We Are Frustrated'

"I just hope that the teachers know that the parents are behind them," she said. "At least this parent, for sure."

"To learn about this maybe days before anything can pop off? It feels irresponsible," said Concetta Green, a parent of two children in Melrose Public Schools. "This is something that has been building and growing for quite some time. We need to fix it. No more excuses."

On Tuesday, educators took a vote of "no confidence" in Brodeur and the school committee.

Several rallies have also been held, with another planned for this Sunday.

"We've been dealing with this contract situation for a very long time, since before the school year started. And pressure and frustration and sadness has been building up ever since," said Melrose mother Sam Hammar. "Everyone's losing. Especially the children."