The vote puts the Springfield casino on the same footing as Encore Boston Harbor in Everett, both of which are expected to be ready to begin taking bets once the Gaming Commission gets more specific about its plan to launch in-person betting in "late January" and awards the operations certificates that will be required for operators

State regulators voted unanimously Monday to award the second in-person sports betting license in Massachusetts to MGM Springfield, allowing the casino to expand its offerings despite "simmering" concerns among city leaders that the facility has not lived up to the jobs and economic development commitments it made when it sought its original gambling license.

The 5-0 vote came almost two weeks after the Mass. Gaming Commission punted on a potential license vote because they felt that the Springfield casino's retail betting application relied too heavily on the separate application for its connected mobile operator, BetMGM. MGM Springfield supplemented its application with greater detail and again on Monday answered numerous questions from commissioners.

The vote puts the Springfield casino on the same footing as Encore Boston Harbor in Everett, both of which are expected to be ready to begin taking bets once the Gaming Commission gets more specific about its plan to launch in-person betting in "late January" and awards the operations certificates that will be required for operators. Like MGM and Encore, Plainridge Park Casino in Plainville could also start taking bets in the weeks ahead of the Super Bowl; the Gaming Commission will continue its review of that application Tuesday.

"Thank you to the entire commission. As has been referenced on the calendar, it's aptly timed for the gift of this decision, what it means to the city, what it means to the community and what it will ultimately mean to the state," MGM Springfield President Chris Kelley said after the commission's vote and the exchange of holiday greetings between regulators and the licensee. "We recognize that this is a multi-step process. But this is a very important step forward for our entire team at MGM Springfield, and so we thank you. And we appreciate the thoughtful and deliberate approach that the commission has taken. And I have to say we are extraordinarily excited about, in the not-too-distant future, transitioning an extraordinary sports lounge into a sportsbook."

The Springfield casino has built a 4,586-square-foot "first-class Sports Wagering lounge with stadium seating, a 45ft viewing wall, as well as an enclosed wagering counter and space for wagering kiosks" near the entrance/exit at Main Street, according to its application. There will be betting windows and betting kiosks in the sportsbook area, as well as other betting kiosks spread around the main gaming floor and in the casino's high-limits area.

Late Monday afternoon, commissioners were working through BetMGM's application for online and mobile betting tethered to the Springfield casino. The regulators had a litany of questions about how gambler data will be shared between the retail betting operation at MGM Springfield and the online BetMGM platform, and diversity among the top executives at BetMGM.

Last week, the Gaming Commission voted to award a mobile betting license to WynnBET, allowing it to partner with Encore Boston Harbor. The commission has said it plans to launch online and mobile betting in "early March," in time for the NCAA basketball tournament.

A timetable has been approved for the implementation of sports betting in Massachusetts.

Since the Mass. Gaming Commission last publicly considered MGM Springfield's retail betting application on Dec. 7 and as the commission has begun to consider the mobile betting license that would be tied to the state's first resort-style casino, a new wrinkle has emerged -- the city's frustration that it is not getting its full due from the casino and a lawsuit alleging that the casino has not been wholly honest about its employment diversity status.

"It is true that a variety of the amenities that were contemplated in the HCA [host community agreement] and the referendum are not currently being realized to their full potential," Springfield City Councilor Mike Fenton, who chairs the council's Casino Oversight Committee, said in a recent interview with WAMC radio.

When MGM Springfield opened in 2018, casino officials said the project would support about 3,000 permanent jobs. But in its most recent quarterly report to the Gaming Commission, the Springfield casino said that it had 1,330 employees, including about 100 MGM staff members who work at the Mass Mutual Center. Before the pandemic forced a months-long closure of the state's casinos, MGM Springfield had hit a high of roughly 2,500 employees. In its application, MGM Springfield said it plans to create seven new full-time positions and six new part-time positions upon its approval for a sports betting license.

Gaming commissioners have also been keeping a close eye on the game mix at MGM Springfield and Encore Boston Harbor. Both casinos were slow to reintroduce poker -- a popular game with players that is not very profitable for the casinos -- after the pandemic and brought the game back with fewer tables.

Springfield Rep. Bud Williams said last week that he wanted to get city leaders and casino officials together to hash out some of the frustrations that are "simmering in the community." 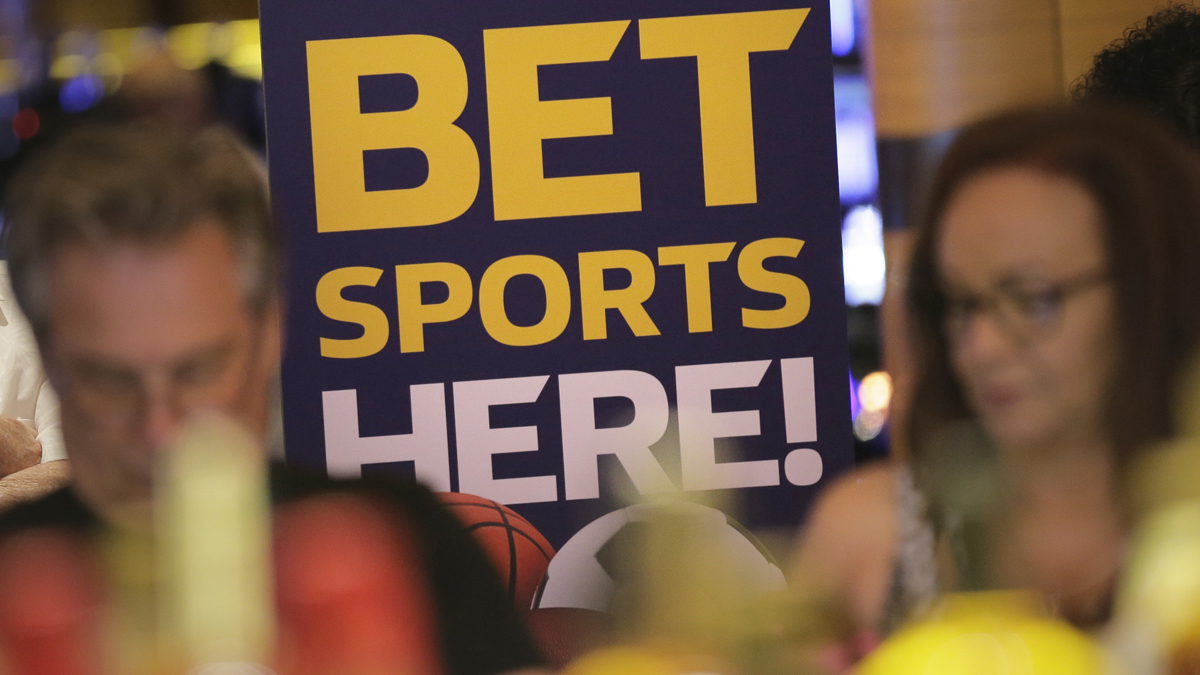 "I share the community's disappointment with MGM. From their overall performance in comparison to what was promised from day one of the opening dates, to the actual workforce hired, projected revenues, minority participation, redevelopment of certain buildings, and qualified management at the Springfield site by the parent company. What we have is NOT what was promised," Williams, who was a city councilor when the casino's HCA was approved, said.

WAMC also reported that a former diversity manager at MGM Springfield has filed a lawsuit claiming that she was demoted and then fired after going to upper management with complaints that diversity reports sent to the commission were not accurate. MGM Springfield officials staunchly denied the allegations Monday and said they would move to dismiss the suit once they are served.

"I want to categorically state that both of the main defendants -- MGM Springfield and [former president] Mr. [Mike] Mathis -- unequivocally deny that MGM Springfield filed any falsified reports with MGC or engaged in any unlawful discrimination, harassment or retaliation," MGM Springfield Vice President and Counsel Gus Kim said. "I just want to make sure that I underscore that we deny all allegations in the complaint."

Jed Nosal, an attorney at Womble Bond Dickinson who represents MGM Springfield, said that the Massachusetts Commission Against Discrimination already looked into the allegations in the lawsuit and found "that there's insufficient evidence to support a determination of probable cause." He said he wanted to stress that "there's no evidence, let alone substantial evidence, that has been presented to the commission that would call into question that there's nothing less than clear and convincing evidence regarding [MGM Springfield] and its qualifiers, and the fact that they remain suitable ... the company is suitable to be issued category one sports betting operator licenses."

At the outset of a meeting Monday that will include further consideration of MGM Springfield's in-person betting application, commission chairwoman Cathy Judd-Stein said that the commission is aware of the concerns in Springfield, but also essentially set them aside for the time being.

"We have received a number of public comments from members of the Springfield community relative to MGM Springfield compliance with its host community agreement. That agreement was executed as part of the casino licensing process and adherence to the terms of the host community agreement or condition of licensure under Chapter 23K. However, that matter is not directly before the commission today as we review the application which has been submitted for a license under Chapter 23N for sports wagering," Judd-Stein said. "We may and will, however, keep this issue in mind if it becomes relevant to any of the factors we will evaluate as part of the sports wagering licensure process."

Williams also expressed disappointment that there is no Springfield-area representative on the Gaming Commission and said that he plans to "amend the legislation in the next session" to make Western Mass. representation a consideration in the commissioner appointment process.

"If a Commissioner lived here and heard the complaints that I am hearing, I suspect there would be more corrective action. Compared to Encore and Mohegan Sun, this is clearly, by any objective standard, an operation not living up to its potential," Williams said.