Police are investigating a protest that turned violent at an elite liberal arts school in Vermont, in which a professor suffered physical injuries when confronted by a group of people angry about an on-campus speaker

Middlebury College is also vowing to learn from the ugly chapter in its history.

“I feared for my life,” Middlebury College political science professor Allison Stanger wrote on her Facebook page following the encounter with protesters last Thursday evening on the campus of Middlebury College.

Many students, as well as people the school described Friday as “outside agitators,” were angry about an appearance by Charles Murray. 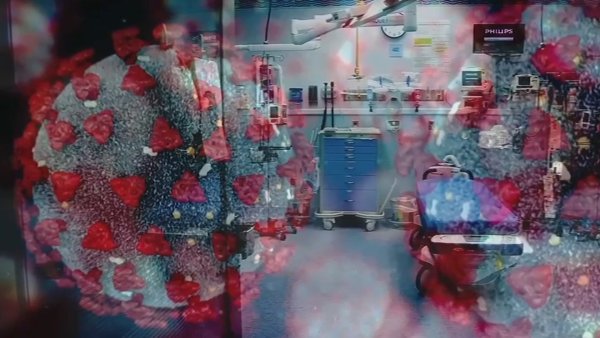 Murray calls himself a libertarian social scientist, but past writings on race and intelligence left detractors branding him as a white supremacist and the Southern Poverty Law Center calling him a racist pseudoscientist.

“Having those ideas invited to our campus makes me and other people of my community feel like we’re not welcome here,” Elizabeth Dunn, a student of color, told NBC 5 News on Thursday.

Protestors first shouted down the speaker, then pulled fire alarms.

The school provided a video link to a discussion with Murray that ended up taking place in a private room.

After leaving that room, as Murray and the professor moderating the discussion were heading to a vehicle parked outside, some in the crowd yanked Stanger’s hair and hurt her neck. Stanger said on Facebook that she received medical care from a local hospital’s emergency room.

Stanger also said on Facebook, “Nothing good ever comes from demonizing our brothers and sisters.”

Middlebury Police are now investigating the confrontation, according to a statement Monday from Middlebury College. The school’s president, Laurie Patton, urged all members of the community to cooperate in the investigation.

Once that investigation and a separate campus probe are complete, the school will evaluate a course of action for individuals determined to be involved, Patton said. She promised the process would be “fair and just,” and noted it would likely take some time to unfold.

“I want to state that peaceful, non-disruptive protest is not only allowed at Middlebury, it is encouraged,” Patton said in the statement. “We all have the right to make our voices heard, both in support of and in opposition to people and ideas. Our concern is acts of disruption and violence, where available means of peaceful protest were declined.”

Phil Hoxie, a member of the Middlebury chapter of the American Enterprise Institute and a vice executive chair of the Vermont Federation of College Republicans, was one of the students who invited Murray to campus.

Hoxie said he hoped to hear what the guest had to say about the divisive nature of politics in America today.

“Free speech is only truly free speech when you defend it for people you fundamentally disagree with,” Hoxie said on Monday. “This is a story about forces in our country. We have two groups who don’t want to listen to each other—who don’t understand each other.”

Murray warned in a blog post of “intellectual thugs” overtaking campuses, saying, “What happened last Thursday has the potential to be a disaster for American liberal education.”

Thursday, President Patton addressed the crowd before the scheduled speech. She said she “profoundly disagreed” with much of what Murray has focused on publicly, but suggested there would be an intellectual and academic benefit to engaging with ideas members of the college community object to.

“The very premise of free speech on this campus is that a speaker has the right to be heard,” Patton said on Thursday. “If there ever was a time for Americans to take on arguments that offend us, it is now.”

Jim Douglas served four terms as Vermont’s Governor, starting in 2002, as a Republican in this mostly blue state.

“It’s important that we listen to other voices,” Douglas said on Monday. “I’ve always believed that when you know you’re going to run into someone at the landfill or a school play or the grocery store, it’s pretty hard to get really angry. And I think that’s been a key hallmark to the kind of civility we’ve enjoyed in Vermont. I certainly hope we can maintain it. And I certainly hope incidents like the one we saw in Middlebury last week will be an exception.”

Friday, in a statement to the campus and alumni, President Patton apologized to people who attended the event with sincere interest in taking part in a civil discussion, and also to Murray and Stanger for the treatment they experienced.

Patton said already, students, faculty, and staff are meeting to talk about ways to build bridges, and make the campus more open to differing viewpoints.

“I urge us all to keep listening and connecting, and am myself in active communication with students and faculty on all sides of the issue,” Patton said in her written remarks Monday. “I want to acknowledge the anger and frustration that many people feel. There is hard work ahead for all of us: learning to be accountable to one another, and learning to stand in community with one another. We must affirm our shared values and goals and hold each other to them, and we must listen differently, helping others to be fully heard and seen.”