Despite the concerning metrics, Boston doctors are hopeful that the daily COVID-19 case count will begin to decline in Massachusetts in the next week or two

The coronavirus metrics in Massachusetts have reached levels not thought possible by top Boston doctors in the latest surge.

"Case numbers are astronomical. I never -- I have to admit, I never thought we could see something like this in a post vaccination era," said Dr. Shira Doron of Tufts Medical Center. "And the cases that we do know about are probably a massive undercount, considering that a lot of people are getting their diagnosis at home with a home test."

Massachusetts' COVID metrics have been spiking to heights not seen even in previous surges, thought to be driven at least in part by the omicron variant. Top Boston doctors were stunned by the metrics during NBC10 Boston's weekly "COVID Q&A" series Tuesday.

On Tuesday, Massachusetts health officials reported more than 82,000 new breakthrough cases -- infections in people who have been vaccinated -- over the past week, nearly doubling the previous week's total.

"What we also see is that those case numbers are contributing to high rates of hospitalization and increased deaths," Doron said.

The number of patients in Massachusetts hospitals with confirmed COVID-19 cases rose to 2,970, the most since May 12, 2020. The figure reached nearly 4,000 early in the pandemic, but dipped under an average of 85 at one point in July. Of those currently hospitalized, 1,348 are fully vaccinated, 452 are in intensive care units and 270 are intubated.

A different kind of surge

"We're busy at the hospital, but at least this surge has been different from the other surges where we're not seeing as many people needing to go to the ICU," Boston Medical Center's Dr. Sabrina Assoumou said. "So that's very reassuring."

Brigham and Women's Hospital had 117 people in the hospital on the general medical floors with COVID-19 and about 18 people in the intensive care unit, according to Chief of Infectious Disease Dr. Daniel Kuritzkes.

"That's more than we ever had," he said. "I think that's partly because the vaccinated people who do get hospitalized, often with COVID rather than for COVID, are not that sick, and also that omicron is indeed less virulent. But I think it's clear that, by and large, the outbreak is driven principally by spread among the unvaccinated."

Top Boston doctors are hopeful that the daily COVID-19 case count will begin to decline in Massachusetts in the next week or two, then drop dramatically.

Has the omicron surge peak passed?

Despite the concerning metrics, Boston doctors are hopeful that the daily COVID-19 case count will begin to decline in Massachusetts in the next week or two and then drop dramatically. That estimation is based on a number of different data and prediction models, including Boston's wastewater COVID-19 tracking.

"The wastewater, which is really a harbinger of what's out there that is not related to any testing, or not constrained by availability of tests or desire for people to test, confirms that there is more COVID out there than ever before by orders of magnitude," Doron said.

The levels of COVID-19 in the Boston area appear to be dropping from historic highs, according to the latest update from its sewer system.

What does the latest wastewater data mean?

New data unveiled Tuesday showed the level of COVID dropping back down to where it was on Dec. 30. While that's only two weeks ago, and still higher than any point before this winter, it's still down nearly half from peak levels and could indicate that the current surge is subsiding.

"What we're waiting for is this icepick-shaped curve that we saw in South Africa," Doron said. "We are seeing cases come down in some of the earliest, hardest hit areas, and we are seeing that wastewater curve start to take a downturn, which we hope means that we'll see the cases come down soon and then the hospitalizations and deaths to follow." 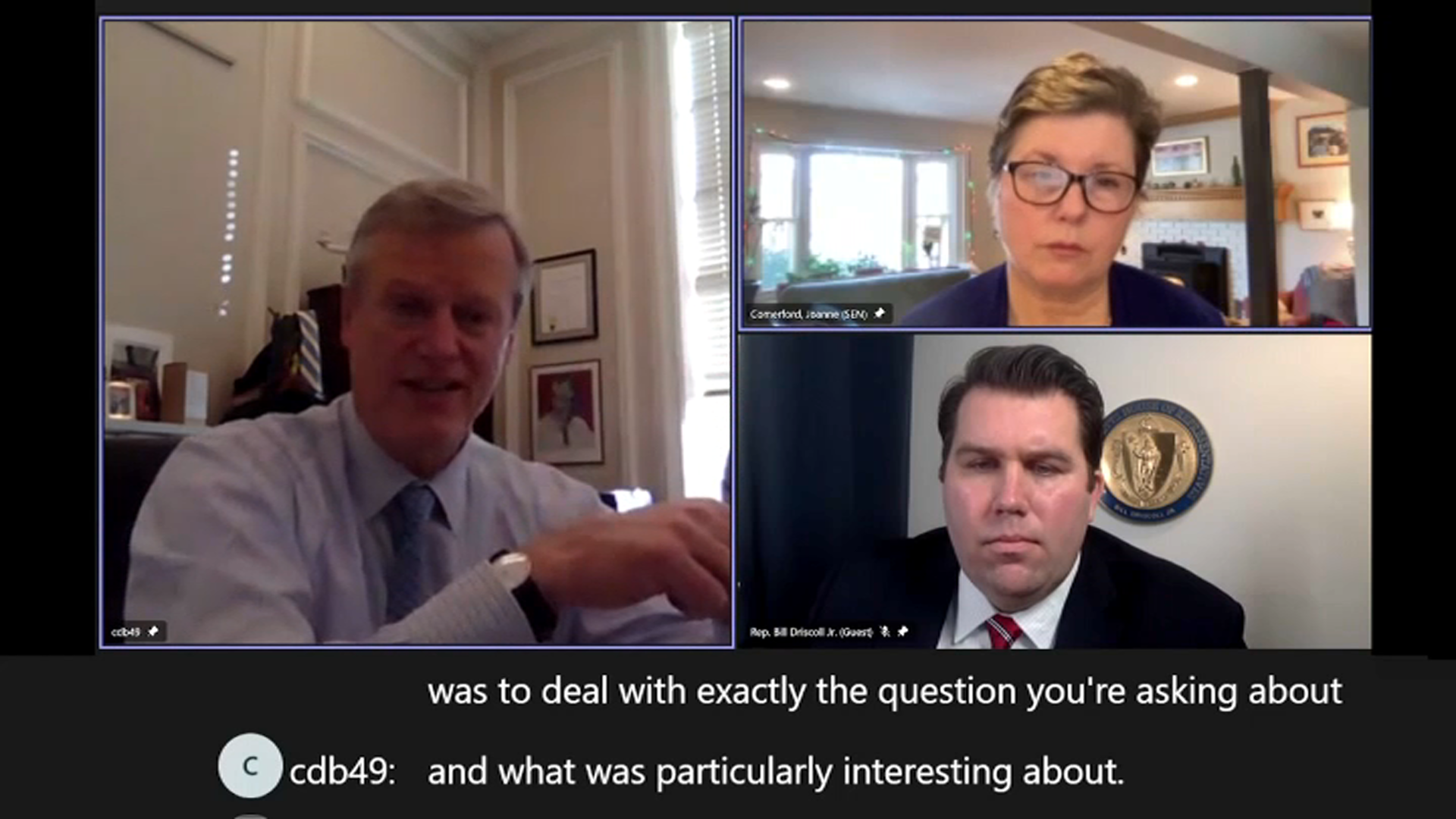