Mu, Delta, Lambda, What We Know So Far About the Most Recent COVID Variants

As cases of the delta variant continue to raise concerns across the U.S. and a new variant is monitored by the World Health Organization, many are wondering what variants are out there and which we should be concerned about.

According to the Centers for Disease Control and Prevention, variants of the coronavirus were expected.

"Viruses constantly change through mutation, and new variants of a virus are expected to occur," the CDC's website reads. "Sometimes new variants emerge and disappear. Other times, new variants persist. Numerous variants of the virus that causes COVID-19 are being tracked in the United States and globally during this pandemic."

Some variants seem to spread more easily and quickly than others, according to the CDC, which may lead to more cases of COVID-19.

Some parents sending their children back to school this fall are worried about the rising number of cases of the more-contagious delta COVID-19 variant.

The CDC states that a variant is classified as a variant of interest if it shows "specific genetic markers that have been associated with changes to receptor binding, reduced neutralization by antibodies generated against previous infection or vaccination, reduced efficacy of treatments, potential diagnostic impact, or predicted increase in transmissibility or disease severity."

A variant of concern is one in which "there is evidence of an increase in transmissibility, more severe disease (e.g., increased hospitalizations or deaths), significant reduction in neutralization by antibodies generated during previous infection or vaccination, reduced effectiveness of treatments or vaccines, or diagnostic detection failures," according to the CDC.

Currently there are no variants of high consequence.

So which variants are being tracked so far? Here's what we know:

In the U.S. and around the globe, there are currently four variants labeled "variants of concern" by the CDC and the World Health Organization.

Also known as B.1.1.7, the alpha variant was first identified in the United Kingdom and quickly spread to the most prevalent variant in the US, before the delta variant took hold.

The alpha variant "spreads much faster than other variants" and "may potentially cause more people to get sicker and to die," according to the CDC.

Also known as B.1.315, the beta variant was first identified in South Africa.

But when it comes to treating cases of this variant, certain monoclonal antibody treatments are less effective.

Also known as P.1, the gamma variant was first identified in Japan and Brazil.

While this variant does appear to spread faster than other, current data has shown no sign the variant causes "more severe illness or death than other variants," according to the CDC.

But when it comes to treating cases of this variant, certain monoclonal antibody treatments are less effective.

Also known as B.1.617.2, the delta variant was first identified in India and is now the responsible for most COVID cases in the U.S.

Delta's speed and high transmissibility makes it able to "pick off the more vulnerable more efficiently than previous variants," Dr. Mike Ryan, executive director of the WHO's health emergencies program, said during a news conference on June 21.

How do vaccines work against this variant?

"Infections happen in only a small proportion of people who are fully vaccinated, even with the delta variant," the CDC states. "Some breakthrough infections are expected, but remain rare. However, preliminary evidence suggests that fully vaccinated people who do become infected with the Delta variant can spread the virus to others."

When it comes to treating cases of this variant, certain monoclonal antibody treatments are less effective.

What other variants are being monitored?

In addition to the four variants of concern, there are also a number of "variants of interest."

According to WHO, variants of interest include Eta, Iota, Kappa, Lambda and, most recently Mu.

First identified in the United Kingdom and Nigeria, the Eta variant is being monitored for its potential to reduce the effectiveness of some monoclonal antibody treatments, according to the CDC. So far, cases have not been identified in the U.S.

The lambda variant is not listed as a variant of interest by the CDC, but it is listed by WHO.

So far, the “variant of interest” has been detected in 29 countries, and it may spread more quickly than milder versions of the coronavirus.

Also known as C.37, the variant has been spreading rapidly in South America, particularly in Peru, where the earliest documented samples of the virus were detected in December 2020.

In its report in mid-June, the WHO reported that "lambda has been associated with substantive rates of community transmission in multiple countries, with rising prevalence over time concurrent with increased Covid-19 incidence" and that more investigations would be carried out into the variant.

Most recently, Mu — also known by scientists as B.1.621 — was added to the WHO's list of variants "of interest," the international health organization said in its weekly COVID epidemiological report published late Tuesday.

The variant contains genetic mutations that indicate natural immunity, current vaccines or monoclonal antibody treatments may not work as well against it as they do against the original ancestral virus, the WHO said. The mu strain needs further study to confirm whether it will prove to be more contagious, more deadly or more resistant to current vaccines and treatments.

According to outbreak.info, a Scripps Research project tracking COVID-19 genomic data such as lineages and mutations, as many as 21 cases have been identified in Illinois between the months of April and August, representing what is estimated to be less than 0.5% of cases in the state.

The group notes, however, that because its data is not a random sampling of mutations, it "does not indicate the true prevalence of the mutations but rather our best estimate now."

Federal health officials in the U.S. stressed last week that the "mu" variant is not an immediate threat to the United States.

"We're paying attention to it, we take everything like that seriously, but we don't consider it an immediate threat right now," White House chief medical advisor Dr. Anthony Fauci said during a recent press briefing. 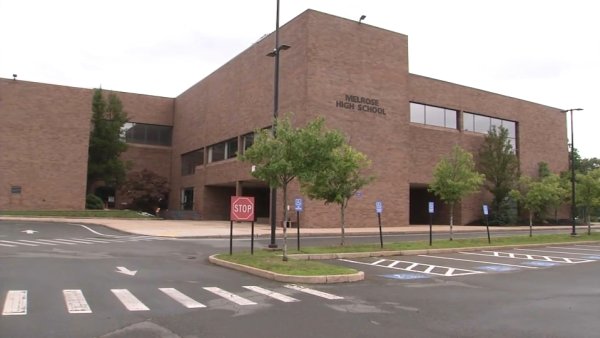 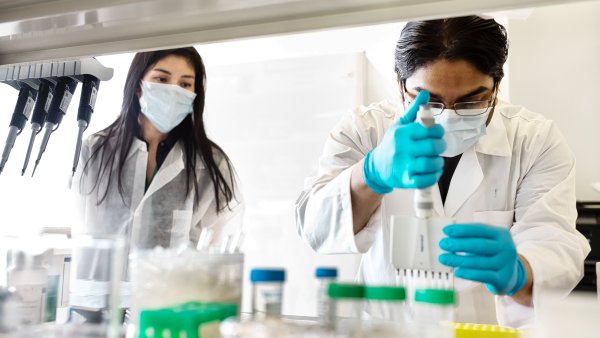