After three confirmed earthquakes and multiple other mysterious booms, officials sought to calm the shaken community in Peabody, Massachusetts, with a public forum.

The forum was held Wednesday evening, with city leaders seeking to educate those with questions about the recent events.

Seismologist John Ebel of Boston College, author of "New England Earthquakes: The Surprising History of Seismic Activity in the Northeast," was on hand to address the public's concerns.

"We don't know what the specific cause of these earthquakes are, are but we know that all of the earthquakes in New England are being caused by the pressures that build up as the North American tectonic plate is moving," Ebel said.

The first of the two earthquakes took place on July 25. The 1.4 magnitude quake was felt in the city’s immediate surrounding communities, including Danvers, Salem, Lynnfield, Wakefield and the Merrimack Valley.

Officials in Peabody are trying to get to the bottom of a series of booms being reported.

On Aug. 4, a second earthquake struck the city, with a slightly lower magnitude of 1.2. No injuries or damage were reported from either event, though city officials have received reports from residents who have heard “loud bangs, some of which have caused their homes to shake,” Bettencourt Jr. said in a statement.

Ebel said the earthquakes are not necessarily a precursor for what may lie ahead.

"We can't predict earthquakes. We don't know if anything big could happen. Extremely tiny possibility, but not out of the realm of probability," Ebel said.

More on the Peabody Earthquakes 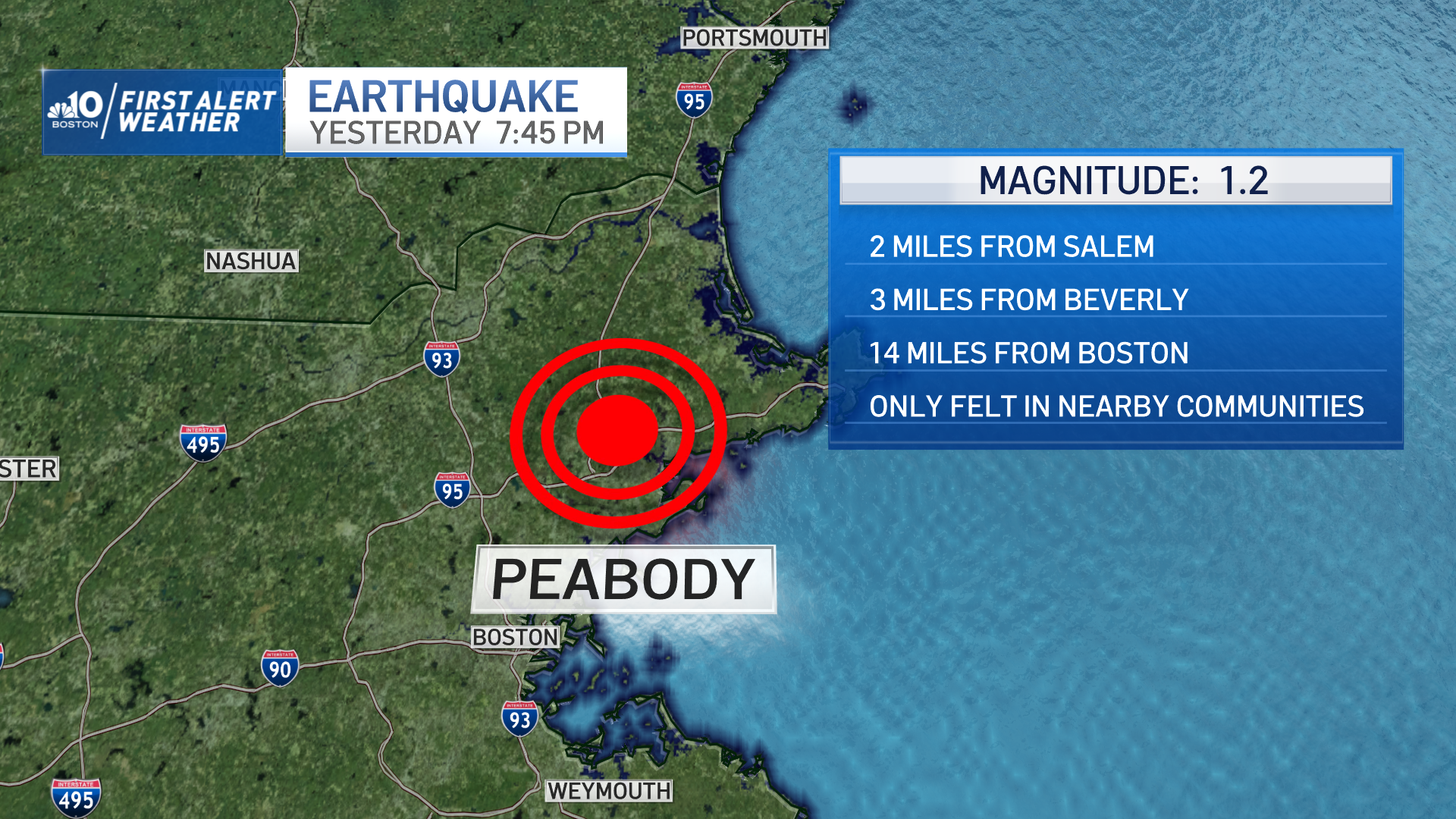 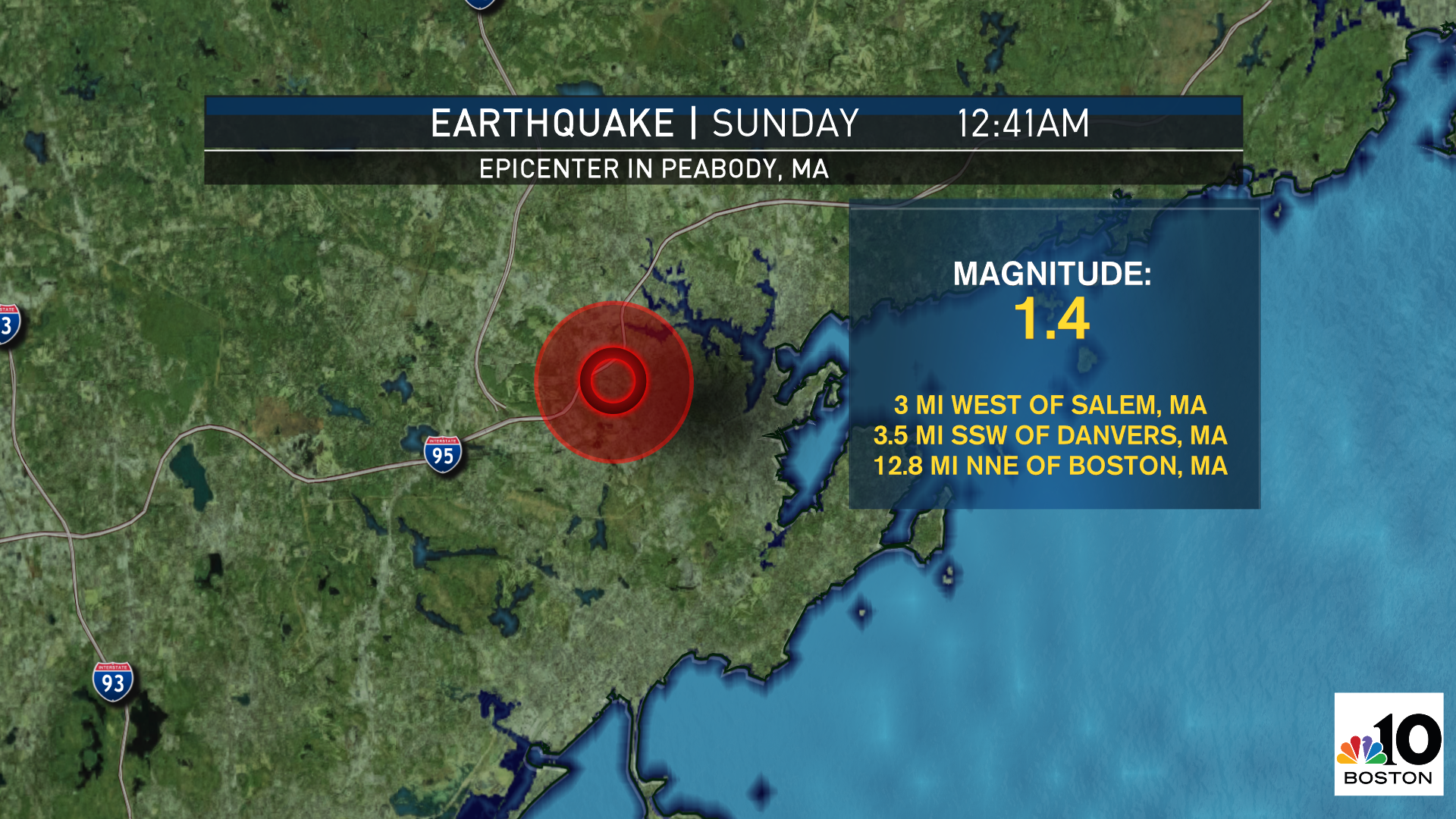