The U.S. Attorney's Office on Friday released new details on the investigation into the Nov. 17 robbery, which set off a massive manhunt at the time.

Miquel Antonio Jones, 39, of Edgartown and Omar Odion Johnson, 32, of Canterbury, New Hampshire, are each charged with one count of armed bank robbery. The pair is already in state custody on related charges and is set to appear in federal court in Boston at a later date.

Prosecutors allege that on Nov. 17, Jones, Johnson and a third suspect, masked and wearing dark clothing, forced their way into the back door of the Rockland Trust bank. Witnesses say all three were carrying what appeared to be semi-automatic handguns. Surveillance footage, according to prosecutors, also showed one of the thieves carrying a walkie-talkie. Once inside, one of the robbers held a gun to a bank employee's head and demanded he open the bank vault. The thieves then made off with about $39,100, binding the employees with duct tape and plastic zip ties before they left, and escaped in a bank employee's car. No one was hurt during the robbery.

Investigators quickly found the stolen car but the thieves escaped in another vehicle. On Nov. 19, Jones was arrested on state charges of accessory after the fact and later charged with the robbery. Johnson was arrested a few days later in New Haven, Connecticut. Both are currently in state custody.

According to court paperwork, police found several $100 bills in Jones' car, as well as dark clothing that matches what the suspects were wearing during the robbery. Investigators also say at Johnson's home they found a black handgun, and paperwork noting cash deposits of $4,100 to a Connecticut bank, as well as a $700 transfer to Jamaica.

Prosecutors also noted that investigators searched the Tisbury farm used by the landscaping company where Jones worked. There they found gloves, paper money bands, zip ties and multiple rubber bands which were all consistent with the bank robbery. They also found evidence of a recent fire and burnt pieces of material including a walkie-talkie, an antenna, batteries and pieces of metal consistent with a mask. Nearby, investigators recovered two semi-automatic handguns, still loaded with 9mm ammunition, buried in the ground.

The federal robbery charges would carry a sentence of up to 25 years in prison, five years of supervised release and a fine of $250,000, if convicted.

The Cape and Islands District Attorney's Office confirmed Saturday that one arrest has been made in connection to the armed robbery Thursday at Rockland Trust Bank in Vineyard Haven. There was no word on the other two suspects.

Jones faced a judge on the accessory charges last month. During the arraignment, Jones' attorney said he is a local landscaper who was once a professional soccer player for Jamaica and has no criminal record.

"People are looking for someone to blame," the defense attorney said. "Mr. Jones is not that person." 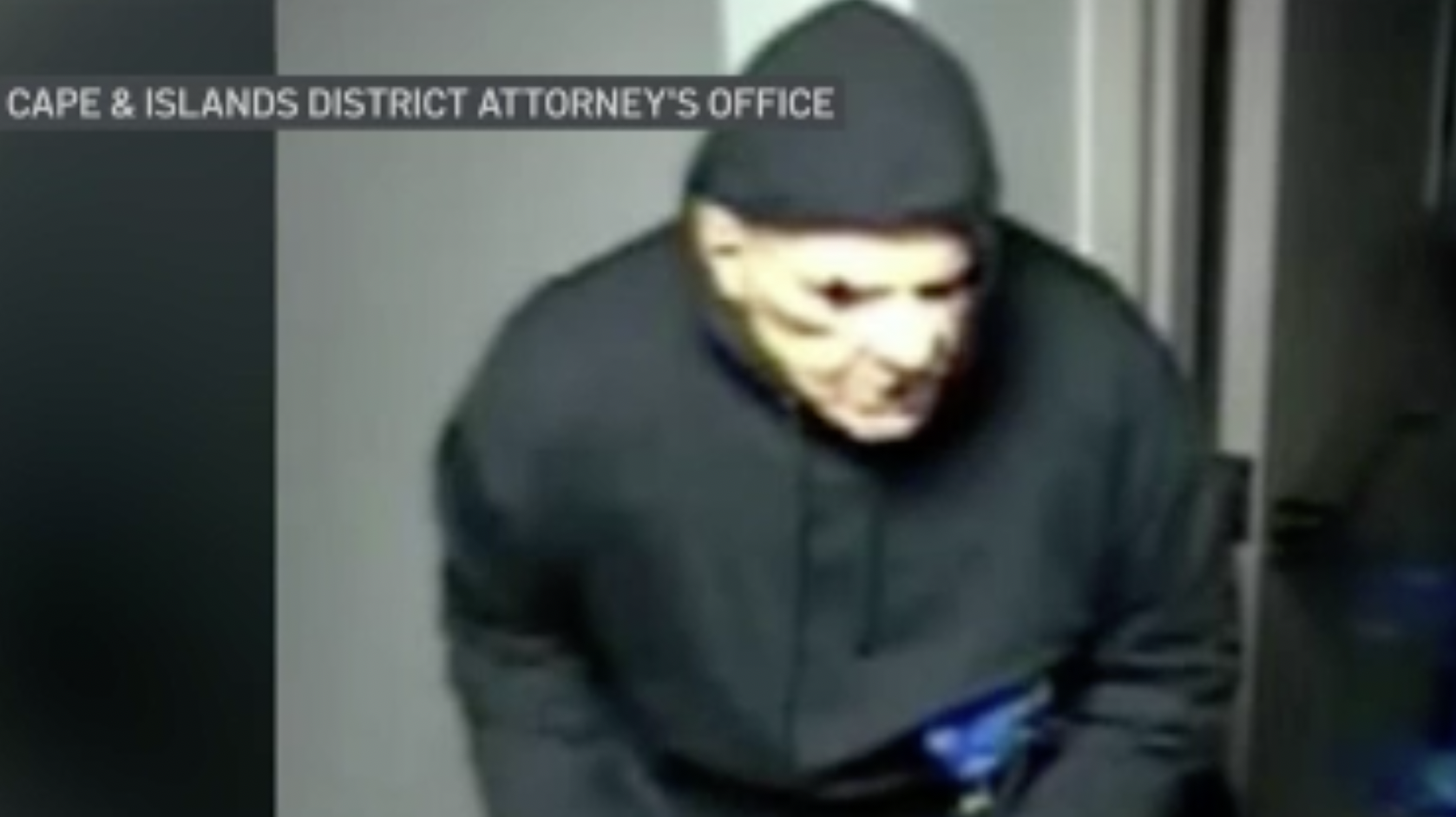 1 Arrest Made Amid Ongoing Manhunt for Martha's Vineyard Bank Robbers

Authorities said the investigation into the armed robbery is still ongoing. They have not released details on a potential third suspect.

Authorities have released a surveillance photo of one of three masked suspects they say robbed Rockland Trust Bank in Vineyard Haven around 8:15 a.m. on Thursday. The bank remains closed.