Amid an "alarming" rise in hate crimes, elected officials and members of the Jewish community reflected on the significance of remembrance at the New England Holocaust Memorial Thursday morning in Boston.

The event bringing them together was an unveiling of a new website and interactive mobile tour experience at the memorial downtown, but it came at what organizers call a "crucial time."

"For literally 40 or 50 years, there was a concerted effort to dehumanize the Jewish community, to make it possible for a madman to pursue this strategy of extermination. That's why remembrance matters so much and why it's so important," Gov. Charlie Baker said. "Whether you're talking about race or culture or religion or creed, why it's so important for people to basically put their foot down and say, 'No.' Because, if you don't, if you give it a chance to breathe, if you give it a chance for people to blow on it -- that fire will burn."

Recent incidents of anti-Semitism have shaken the Jewish community in the Boston area.

In a deadly shooting that killed two Black people in Winthrop last month, the gunman had written anti-Semitic comments in his own hand. Rabbi Shlomo Noginski, of the Shaloh House, was stabbed in Boston's Brighton neighborhood last week; the Boston Police Department was investigating to determine whether or not the stabbing is a hate crime.

"We've seen that, indeed, it can happen here," Combined Jewish Philanthropies President and CEO Marc Baker said Thursday. "Every one of us needs to stand up, stand together, raise our voices and say loudly and clearly, 'No. Not here. Not anywhere.' We will not tolerate anti-Semitism racism, or any form of hate. And that's what makes this memorial so critical."

Reports of anti-Semitic speech and hate crimes are on the rise and Holocaust awareness and education is reported to be at an all-time low across the country, organizers said.

The Anti-Defamation League's most recent audit reported the highest level of anti-Semitic incidents since tracking began in 1979. In 2020 and 2021, there were 7,606 incidents of extremism or anti-Semitism in the United States, according to ADL.

Boston Mayor Kim Janey on Thursday drew a comparison to her experience as a Black woman as someone who "understands oppression firsthand," recalling a trip she took to visit Yad Vashem, the World Holocaust Remembrance Center, in Israel.

"I'm just reminded of the connectedness that I feel to the Jewish community, whether it was standing last week and solidarity, when a Rabbi was stabbed and seeing folks coming together to say, 'Not here. Not Boston,'" Janey said. "When any one of us is attacked, we are all attacked and we will always stand together as a community against hate, against violence, against anti-Semitism. It has no place here."

The Holocaust Memorial itself has been desecrated twice in Boston, and there have been a number of more recent anti-Semitic incidents locally. Additionally, the Duxbury High School football team underwent diversity training after they were caught using anti-Semitic play calls earlier this year.

Investigators provided chilling journal entries that reveal the hateful mindset of a killer.

Thursday's official launch of the memorial’s new on-site mobile touring capabilities and website was hosted by Combined Jewish Philanthropies, the Jewish Community Relations Council of Boston and Facing History and Ourselves.

With the new modern updates, visitors to the New England Holocaust Memorial can now use their mobile phones to activate a nine-stop guided tour of the memorial by scanning QR codes dispersed throughout the site. Around the country and abroad, visitors can also experience the memorial virtually through its dedicated website, www.nehm.org.

Segments include testimonials from local Holocaust survivors, a short history of the Holocaust, an explanation of the symbolism built into the memorial and resources for educators.

Five Holocaust survivors reflect on the significance of receiving the COVID-19 vaccine and living during "restricted" times.

"This event was planned over two years ago -- before the pandemic, before events in recent months -- but the timing of it could not be more appropriate given how things have developed," Executive Director of the Jewish Committee Relations Council Jeremy Burton said. "Those of us here today, at least, are aware of the rising, alarming increase in anti-Semitism and hate speech and violence, as well as the astonishing ignorance about the historic realities of the Holocaust. Just here in Massachusetts, one only needs to mention events this year."

After the speaking program, attendees took tours of the memorial given by Holocaust survivor Janet Applefield and a staff member from Facing History and Ourselves. 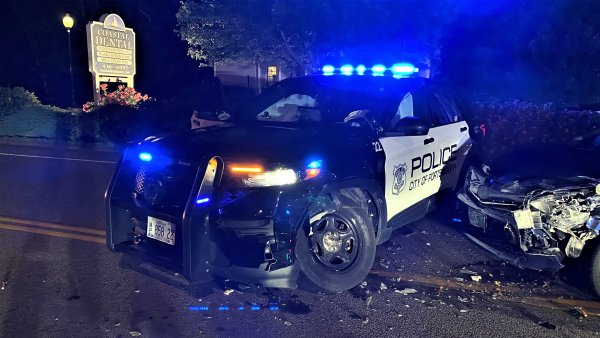 Mass. Man Charged With Drunken Driving After Crashing Into Police Cruiser in NH 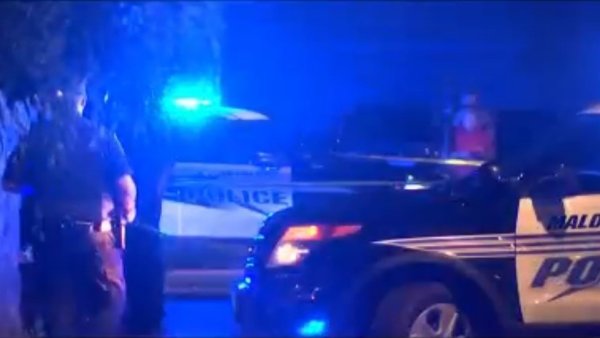