For the third time in the Tom Brady-Bill Belichick era, the Patriots have reached the halfway point of the season with a perfect mark of 8-0.

Sounds like everything is going swimmingly, right? While New England can almost certainly bank on having homefield advantage throughout the postseason, en route to its fourth straight Super Bowl appearance, these Patriots aren’t quite infallible.

That said, this is only the halfway point. New England still has eight games to sharpen up before final exams. As we know, Belichick coached teams tend to get better as the season goes along.

Just how much can a team without a loss improve over the second half? In some areas, not much at all. In others? Plenty.

Without further ado, here’s the report card for the first half of the 2019 season for the Patriots. 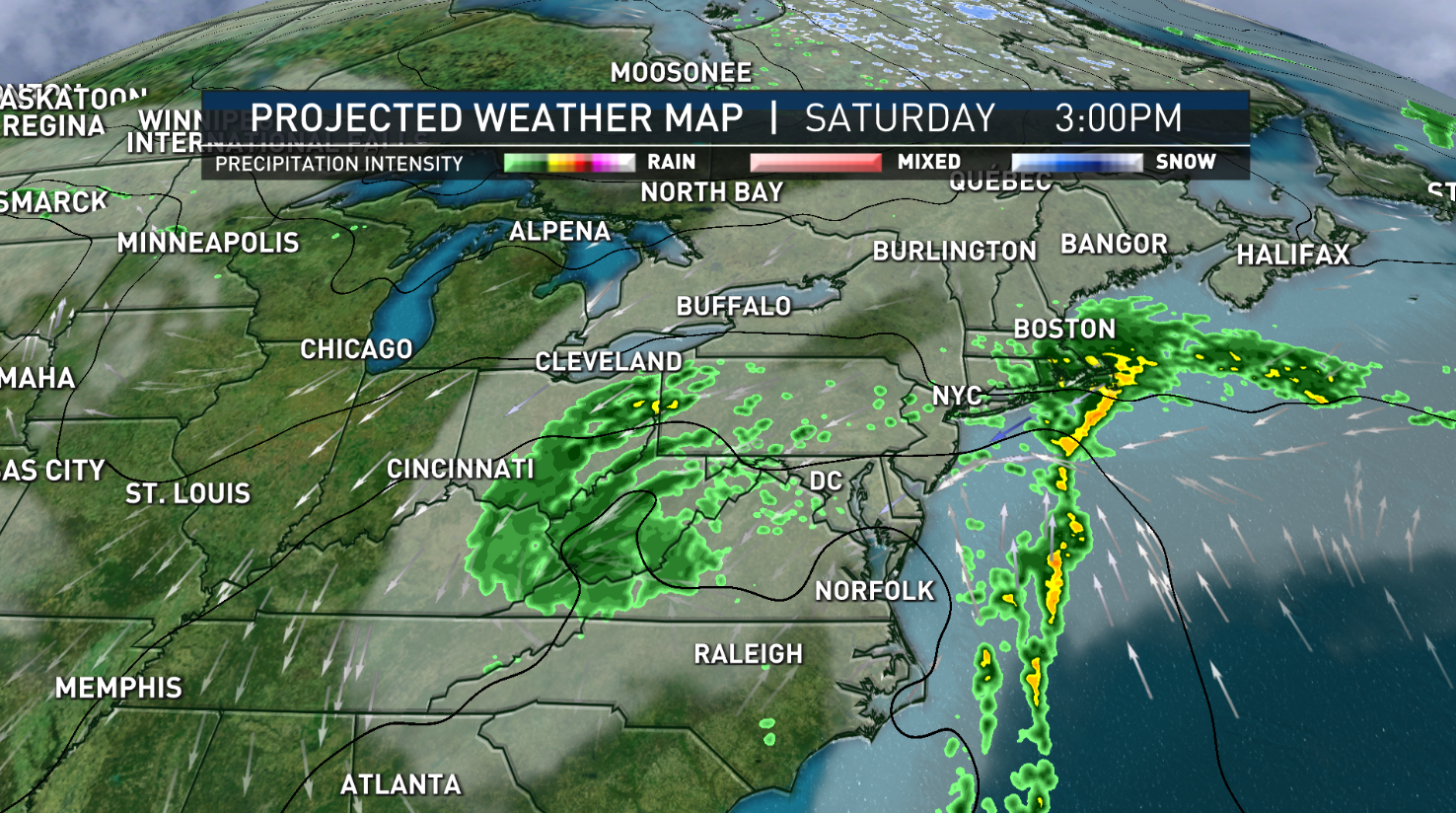 Even if what we’re witnessing out of a 42-year-old quarterback may not exactly be “vintage Brady,” Tom Brady has still been getting the job done for the Patriots. He’s 10th in the league in passing yards per game, at 281.4, 14th in completion percentage (64.7) and 14th in passer rating (95.0).

Advanced stats service Pro Football Focus, meanwhile, says Brady has been the fourth-best quarterback in the NFL through eight weeks – but the second-best among quarterbacks who haven’t missed any time due to injury.

He’s been good, even very good at times. Great? Not quite, but the talent around him hasn’t enabled him to be All-Pro level Brady very often. Given that only one game has been decided by fewer than 14 points, the Patriots haven’t needed Brady to be any more than solid thus far.

The upcoming five-game stretch against the Ravens, Eagles, Cowboys, Texans and Chiefs will almost certainly require Brady to win a game on his own, and there’s little evidence to suggest he isn’t still up for the challenge. Although it warrants mentioning that the one game which wound up being a grind, Week 4’s 16-10 win over Buffalo, did see Brady record the fifth-worst passer rating (45.9) out of 315 starts between the regular and postseasons. If the Patriots weren’t facing the overmatched Josh Allen, New England almost certainly would have lost the game.

There’s not much of a way to spin it, Sony Michel is in the midst of a sophomore slump. While he’s matched his total number of rushing touchdowns (six) from a season ago, his yards per carry is down from 4.5 to 3.3.

Perhaps most disappointing has been his failure to develop as a pass catcher, something which he excelled at collegiately at Georgia. Michel has only six catches for 51 yards through eight games.

But hey, when you have James White available out of the backfield as a route runner, what more could you possible want? In seven games, White already has 42 catches for 358 yards for the Patriots, numbers which should land right in line with last season’s 87-catch, 751-yard campaign. White’s presence, of course, masks deficiencies elsewhere with Brady’s pass catchers.

It would be nice to see Damien Harris get some run in the second half of the season, though White himself played in only three games as a rookie in New England. Shane Vereen, White’s predecessor, played in only five.

Julian Edelman alone vaults this group into respectability. In a Gronk-less world which doesn’t feature Danny Amendola anymore, either, the 33-year-old Edelman is on pace for career highs in receptions (106), yards (1,148) and touchdowns (eight). It’s a crime that Edelman has never been selected to a Pro Bowl – not that he’d play, given the Patriots are usually prepping for the Super Bowl – but perhaps this season is it for a player who just might be on a trajectory for Canton.

And it’s a good thing Edelman doesn’t seem to have lost a step, because the revolving door behind him spins faster by the week. Phillip Dorsett has been solid as ever, and Jakobi Meyers is proving his preseason was no fluke, but neither of them instill fear in opposing defenses. At least they’ve been available for the Patriots, which have already rotated through Demaryius Thomas, Antonio Brown and Josh Gordon before landing on Mohamed Sanu in a trade with the Falcons last week.

Sanu had a relatively quiet debut vs. the Browns – two catches for 24 yards – though one of those receptions came on a fourth and 4 in the second quarter. Circle of trust!

This grade will improve by season’s end based on the presence of Ben Watson, who’s done more in two games than Ryan Izzo or Matt LaCosse have done all season for the Patriots.

That’s not to say Watson is Gronk reincarnated, or even a younger version of himself from his first tour of duty in Foxboro from 2004-09. He has four catches for 44 yards over two games, notable for the amount of targets he garnered in his debut vs. the Jets (five, more than Izzo or LaCosse had in a single game) and a nice grab on a seam route vs. the Browns for 26 yards.

Eric Tomlinson was released – again – on Tuesday, meaning either LaCosse or Izzo could be close to returning from injury. Will anyone, namely opposing defenses, even notice?

The only position up front where the Patriots are getting a similar level of production in 2019 as they did last season is at left guard, where Joe Thuney is having a career year before he’s set to become an unrestricted free agent.

After that, it’s bleak. New England may have been wise to let left tackle Trent Brown walk away after a career year of his own, but Isaiah Wynn has now played in two of a possible 24 games in his career. The Patriots have almost no choice but to designate Wynn as their second and final player to return from injured reserve, however, given the below average play of Marshall Newhouse on Tom Brady’s blindside.

Ted Karras has been acceptable at center, but David Andrews he isn’t. And the mainstays on the right side of the line, guard Shaq Mason and tackle Marcus Cannon, haven’t been themselves in 2019. Mason is likely playing at less than 100%, as he sat out Week 8 vs. the Browns with an ankle injury.

The offensive line has allowed Tom Brady to be sacked 13 times through eight games, up from 11 at the same point last season, while it bears at least partial blame for a running game that’s 23rd in the NFL in yards per game (95.3) and 30th in yards per carry (3.2).

“That’s everybody’s responsibility, and it starts with me,” offensive coordinator Josh McDaniels said. “I think I have to do a better job of the things that I can control and putting guys in good positions.”

Who needs Trey Flowers – or Michael Bennett – when you’ve got John Simon, Chase Winovich or Adam Butler? Winovich, despite playing more than 50% of New England’s defensive snaps in a game just once, already has 4.5 sacks. Simon, who’s surpassed more than 50% twice, has 3.5 sacks.

Butler can lineup all over the defensive line and has helped a revitalized Danny Shelton, as well as the criminally underrated Lawrence Guy, in the running game. The Patriots are fourth in the NFL in opponents’ rushing yards per game, at 85.3.

The “Boogeymen” are good enough to warrant the nickname they’ve given themselves.

Jamie Collins 2.0 could give Patrick Chung 2.0 or Deion Branch 2.0 a run for their money in terms of their impact upon returning from exile to New England. He already has a career-high three interceptions, including the first pick-six of his career, not to mention a career-best six sacks.

Stephon Gilmore and Devin McCourty should earn First Team All-Pro honors this season. Quarterbacks have an abysmal 36.0 passer rating when targeting the cornerback Gilmore this season – bear in mind, a QB could throw one incomplete pass and have a 39.6 rating.

What’s amazing is that Gilmore isn’t even the highest-rated cornerback on the team, at least according to Pro Football Focus. The advanced stats service has Jonathan Jones, who primarily covers slot receivers, ranked as the second-best corner in the NFL through Week 8 with a grade of 87.4 out of 100 and Jason McCourty the fifth-best at 82.6. Gilmore, meanwhile, is 15th at 73.1.

“Make no mistake, this is still arguably the best cornerback in the NFL,” writes PFF of Gilmore.

So, this is how the other half lives? At least when Stephen Gostkowski was injured in 2010, the Patriots were able to stick with Shayne Graham for the duration of the season.

The Patriots, of course, have had two opening day kickers since 1996 in Adam Vinatieri and Gostkowski. They’re now onto their third of the 2019 season, however, following Gostkowski’s injury and the release of Mike Nugent: Nick Folk, who hasn’t played in the NFL since Week 5 of the 2017 season.

What happened to Folk in Week 5 of 2017, you ask? He missed all three field goal attempts for the Buccaneers in a Thursday Night Football game against the Patriots! Tampa Bay lost, 19-14.

Aside from the kicking woes, however, New England’s coverage units have been their usual solid self and will only get better with the play of Justin Bethel. Even if Gunner Olszewski never breaks on free, his value in keeping Julian Edelman away from punt return duty is immeasurable.