New video released Tuesday shows the moments after a woman jumped out of a moving Uber in Boston's O'Neill Tunnel and was hit by another vehicle.

In surveillance footage from the Massachusetts Department of Transportation, drivers can be seen running toward cars stopped in traffic after 29-year-old Roselangie Cano was hit last Monday.

Cano remains hospitalized, but her family says she is showing signs of improvement. She suffered severe injuries to her head, pelvis, arms and face. 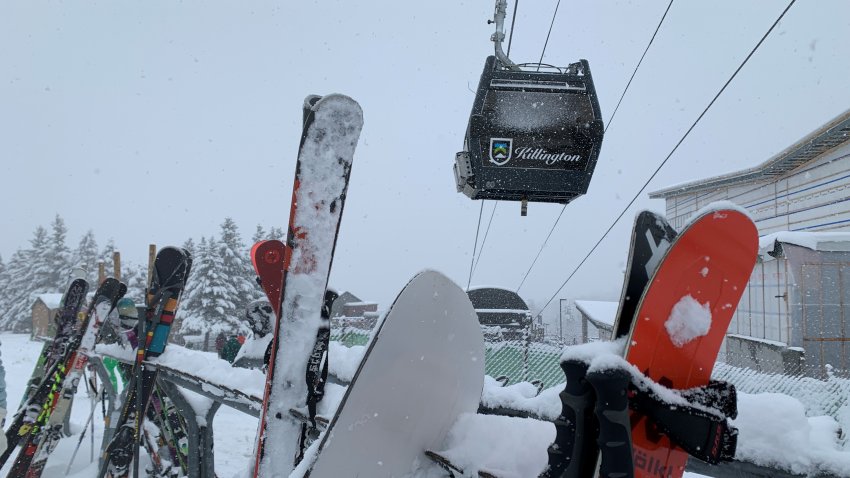 Cano, who lives in Jamaica Plain, jumped from the back seat of her Uber while it was driving through the O'Neill Tunnel in Boston.

Her brother has no idea why she would have jumped.

"That's the big question right now," Leonardo Cano said last week. "Because she's, like, a normal person. She has her job."

Investigators say Roselangie Cano had picked up the ride from Logan International Airport.

The Uber driver tells sister station Telemundo Nueva Inglaterra that Cano seemed confused as she took her home, and the next thing she knew, the passenger's door was opening.

Uber says they have no record of the ride taking place.

Massachusetts State Police say the two had agreed on a price offline.

Her brother says he has no idea why Cano was even at the airport in the first place. She had her passport, and he presumes she may have been trying to fly to their home country of the Dominican Republic.