Cortnie Langley of Mason, New Hampshire, said she spotted the hawk in the murky waters of her pool after coming home from a prenatal appointment

A New Hampshire woman rescued a hawk struggling in her swimming pool and documented a rare natural encounter with the majestic animal.

Cortnie Langley of Mason, New Hampshire, said she spotted the hawk in the murky waters of her pool after coming home from a prenatal doctor's appointment.

Langley, who is eight months pregnant, said she first tried using a stick to help the hawk, but when that didn't work, she said decided to get into the water and carry it out.

"The hawk was clearly just as frightened as I was," she wrote in a video post. "I tried to settle him on perches several times with no luck."

"I decided to stand under my overhang so he could dry off a bit," she wrote. "He stayed on my arm for about 20 minutes and just stared at me."

The hawk was then able to regain its strength and fly away.

Langley was able to take video of parts of the encounter, which showed the tired and frightened hawk.

"I would definitely do it again if I had to," she wrote. 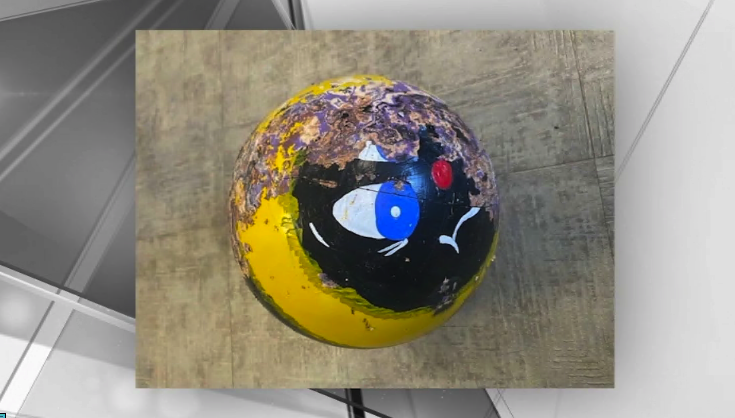