Oakland Fire Captain Recommended in January That Site of Deadly Fire be Shut Down: Records

An Oakland fire captain recommended in January that a building that burned this week, killing four people, should be shut down immediately for safety reasons, but department officials opted to take less drastic measures, records released Friday show.

In an email dated Jan. 8 and titled "Fire Safety Hazard," Fire Captain Richard Chew reported that a fire alarm had been pulled and not reset and there were open piles of garbage on the third floor of the building and a padlock on the door to the fire escape.

He recommended officials consider shutting the building down immediately "due to the danger to life safety."

The records show Battalion Chief Geoff Hunter ordered Chew to cut the padlock and other officials to contact the building's owner to fix the alarm and remove trash. And Acting Assistant Fire Marshal Maria Sabatini, head of the fire prevention bureau, responded that it was appropriate to give the owner 30 days to make repairs.

Oakland became the site of the deadliest structure fire in the U.S. in a decade when 36 people died in a December blaze at a warehouse known as the Ghost Ship that had been illegally converted into live and work spaces for artists. Officials then vowed to crack down on substandard housing and conduct more inspections.

The city disclosed the emails as Oakland Mayor Libby Schaaf announced Friday she was ordering an overhaul of fire safety inspection services, including doubling the number of people with the Fire Prevention Bureau. 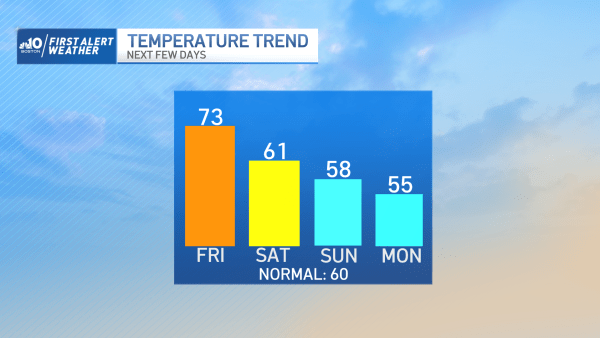 She told The Associated Press earlier this week that new streamlined communications she put in place after the Ghost Ship fire to keep problem buildings from slipping through the cracks seem to have improved and worked in this case.

But on Friday, after the emails were disclosed, she said the city had to step up its "sense of urgency" and professionalism despite strained resources. She said she had not known of the emails until recently.

"I've found these emails extremely disturbing and, clearly, these tragedies require that we learn and strengthen our systems," she told AP.

A Jan. 9 email by another fire captain regarding the building that burned Monday reported there were no fire extinguishers in the building. And in a Feb. 25 email, Fire Lt. Steve Padgett reported that the address is a "known fire hazard."

"There are no fire extinguishers. Storage in the hallways. Faulty or unmaintained smoke detectors," he wrote. "This building is dangerous! Please let Station 15 know what we can do to get this place shut down, updated and repaired."

Schaaf said earlier this week the city didn't have the authority to immediately shut down the property, which requires a declaration that a building is unsafe for human habitation. She said firefighters answering a call in February at the building reported possible problems, which prompted an inspection last week.

On Friday, she said she was informed that the violations listed in the report required a 30-day notice under state law.

Schaaf also had harsh words for the building's owner, Keith Kim. "I'm disgusted. Unscrupulous landlords cannot put profits over safety, particularly in this atmosphere of fear from displacement," she said.

Kim was in the process of evicting Urojas Community Services, the tenant that leased two of the three floors. Urojas provided services to low-income people recovering from addiction or who had been recently homeless and subleased rooms to about 40 residents, said the group's founder, Jasper Lowery.

The nonprofit organization said they called on the landlord to make necessary repairs, but Lowery said he ignored his pleas. Residents complained of serious rodent infestations, plumbing and electrical problems, garbage-strewn hallways and an unusable kitchen on the first floor.

Instead, Lowery said he was served eviction papers, alleging Urojas owed thousands of dollars in past-due rent. The eviction process was still underway when the fire started Monday.

"We are grieving and heartbroken," said Aurea Lewis, Lowery's partner at Urojas. Lewis said her brother Ed Anderson, 64, was one of those residents who died in the fire.

Lewis said her brother was a U.S. Air Force veteran and one of 11 siblings who grew up in Oakland.

"If you only knew how devastating this is for our family," she said.

In a March 18 email, Fire Lt. Frank Mui listed "what appears to be household extension cords used to supply electricity to different units in the building," including between the second and third floors via the central stairway. Rats had chewed through the insulation on one extension cord, he wrote.

Minutes later, Battalion Chief Jeff Hunter shot off an email to Sabatini, of the fire prevention bureau. He wrote that the problems "still exist and seem to be getting worse" and that "this building appears to be hazardous to both our public and our firefighters."

"This is the beginning of a coordinated effort along with Building Services to address the issues at this location," Sabatini wrote.

The owner was given 30 days to correct the problems.

"He's a brother of 11 brothers and sisters," Lewis said, "of whom he is number eight."

Meanwhile, the man who ran the now burned Urojas Community Center, housed in the 2551 San Pablo Avenue building, tried to look ahead.

"Many of our people are still displaced and they need help," said Rev. Dr. Jasper Lowery. "Our main concern is what can we do to assure these families a proper burial."