"At this time we are aware of no credible and specific threat against this event," Deputy Supt. Scott Warmington of the Massachusetts State Police said Thursday

With only days remaining before the 126th Boston Marathon, security is top of mind for a number of reasons, including the recent attack in New York.

"At this time we are aware of no credible and specific threat against this event," Warmington said as he spoke Thursday.

The Massachusetts State Police and its local, state, and federal partners will execute a robust, dynamic and multi-layered operations plan. It will include assets visible to the public such as uniformed troopers, local police officers, National Guardsmen and tactical units like hazardous and explosive materials protection teams.

State police airwing will provide over watch of the route during the event. The security plan also includes assets that aren't apparent to spectators including undercover troopers and officers trained to recognize threat indicators. Another component is the rigorous joint intelligence gathering operation, Warmington said. 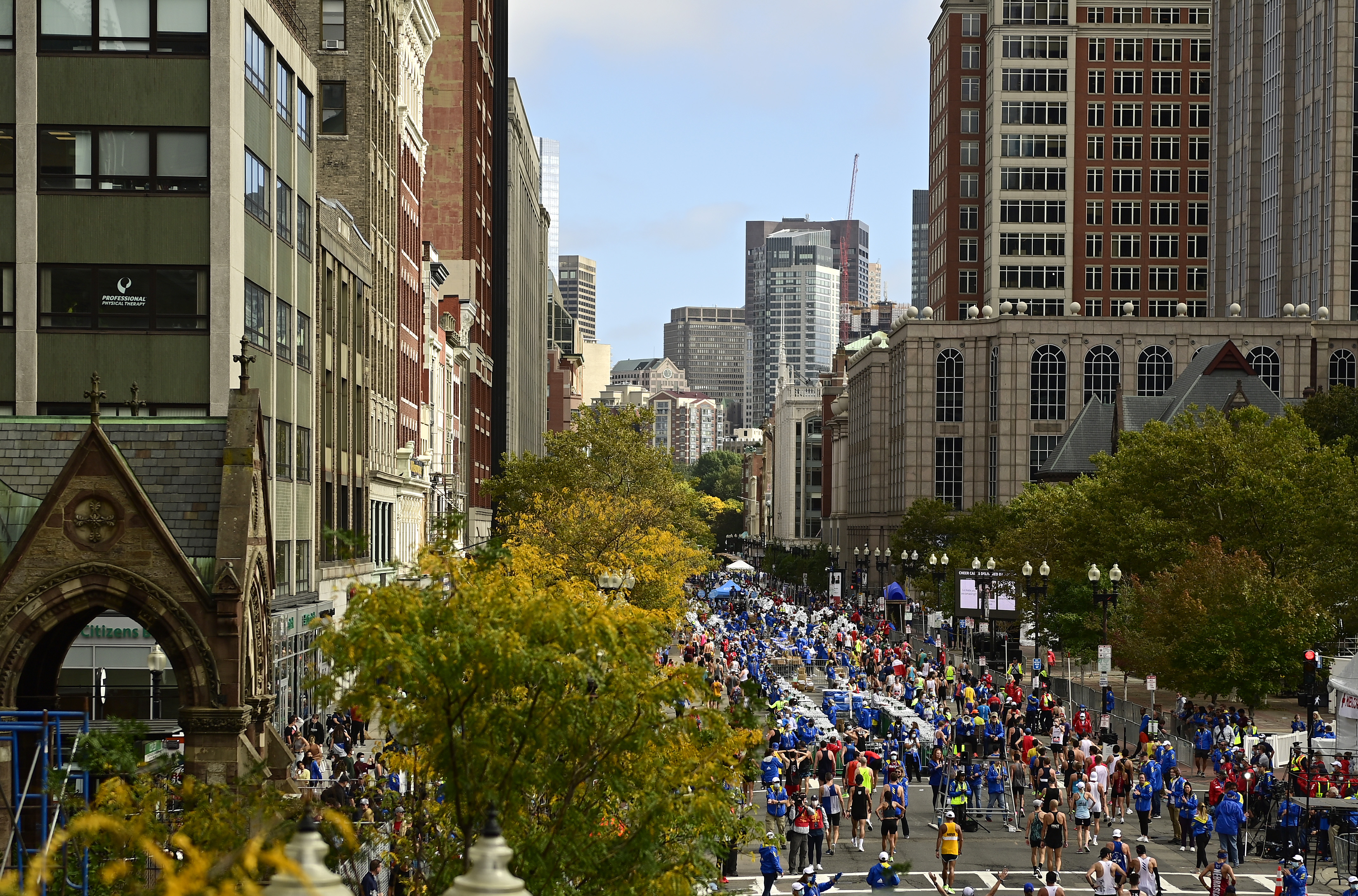 Additionally, the Massachusetts State Police homeland security operation center will be running where law enforcement partners will monitor the race.

According to Warmington, race spectators should expect enhanced security protocols at certain areas including checkpoints and bag checks conducted by BAA security. There are several types of items that spectators are urged not to bring including backpacks, suitcases, certain types of containers and props.

The special agent in charge for FBI Boston reiterated that there are no known threats, however he placed an emphasis on remaining vigilant.

"We are just days away from the 126th running of the Boston Marathon and everyone participating in this year's race should know we are sharply focused on identifying and stopping any potential threats," Bonavalonta said. "As life slowly gets back to normal, and special events kick into high gear, I can't stress enough that this is not the time for complacency, especially now that everyone is resuming attendance at large venues and public gatherings.

"At this point in time, neither the FBI or any other United States government agency is aware of any specific or credible threats targeting this year's race," Bonavalonta added, "but we all know that can change in a heartbeat which is why the expertise of all the agencies represented here today is so critical."

Bonavalonta addressed the greatest threats his office is currently facing and said this is a heightened time for threats.

"As of now, the greatest threat that we face are lone actors who radicalize online and attack soft targets, easily accessible weapons, often with little to no warning. We are also concerned about home grown violent extremists who are inspired by foreign terrorist organizations like ISIS and Al-Qaeda. Additionally, we've encountered domestic violent extremists whose personal grievances from racial or ethnic bias to anti-authority or anti-government sentiment has posed a significant problem...we are seeing an overlap between domestic terrorism and hate crimes where people are committing hate crimes to promote extremist beliefs," he said. "The bottom line is the threats we are facing from domestic and international actors are elevated at this point in time."

Like past years, special agents and officers assigned to the FBI Boston division's joint terrorism task force will be integrated throughout all aspects of the marathon route. Highly-trained specialty teams, including special agent bomb technicians and SWAT teams, will be standing by to respond to any possible occurrence, Bonavalonta said.

"We've all heard the phrase...if you see something, say something...but I'd just like to tweak that slightly to say if you see something about someone, say something. It could be a neighbor, a coworker, or a classmate. Someone you see in person, or that you don't know but you see virtually on social media," he said. "Tips from the community are essential because if we look at acts of mass violence, there's almost always someone who saw the person change, a parent, a classmate or a friend. When people speak up, history has shown that we can prevent tragedies from occurring."

"All of us are maintain a high state of readiness in what is one of the most volatile threat landscapes in recent memory. I know this week's tragic events in New York City have on edge, but there's a robust security plan in place," Bonavalonta said, "and we encourage you and your families to have a great time as our city takes center stage again for the running of the Boston Marathon."

Officials had said earlier in the week that there were no credible threats against the marathon, but the subway shooting in New York City left people on edge and keenly aware of the need for vigilance.

"We know that Tuesday's shooting in New York City's subway has caused understandable concern to the residents of this commonwealth but I can assure that the state police and our law enforcement partners remain vigilant and we are well prepared to respond to any situation' Warmington said of state police readingess. "Furthermore, our marathon security operation is dynamic and scalable and can be quickly adapted as necessary."

"Massachusetts State Police wish the runners and spectators a great race day and we remind the public if you see anything suspicious, or something that just doesn't look right, please, call 911," he added.

Frank R. James, 62, was due to appear in court Thursday on a charge that pertains to terrorist or other violent attacks against mass transit systems and carries a sentence of up to life in prison, Brooklyn U.S. Attorney Breon Peace said.

Starting Thursday, the U.S. Department of Energy’s National Nuclear Security Administration will be conducting low-altitude helicopter flights over the Boston Marathon route in preparation for the race and the events related to it.

The aircraft will measure expected background radiation as part of standard preparations to protect public health and safety on the day of an event.

The helicopter will fly in a grid pattern over the areas at 150 feet (or higher) above the ground at a speed of approximately 80 mph. Flyovers will occur only during daylight hours and are estimated to take approximately two hours to complete per area.

People may see the twin-engine Bell 412 helicopter, which is equipped with radiation-sensing technology, flying over the 26.2-mile route, but there's no need for alarm, Massachusetts State Police said; these are a normal part of their joint security plan.

"As we saw from the event earlier this week in New York City, and we learned from our own history, a thorough, ongoing planning and coordination effort among our partners is crucial for large events such a the Boston Marathon," said Benincasa, who noted planning has been ongoing since the last marathon.

On Monday, police will be out in full force in the City of Boston. There will be enhanced security checkpoints beginning in Kenmore Square, and MBTA security will be stepped up, as well.

"Transit police are well prepared for this year's event," Green said, noting there will be additional transit police officers throughout the system -- both in uniform and plain clothes to ensure the safety and wellbeing of riders.

"Currently, as has been stated, there is no intelligence, credible or otherwise, to suggest the MBTA or the marathon itself is a target," Greed added. "With that being said, we will continue to be in constant communication throughout he day with our law enforcement partners at the state level, federal level and our local police departments."

Green asked people to remember the importance of reporting anything suspicious, citing the NYC subway shooting suspect this week.

Transit police officers will investigate any calls and can be reached at 617-222-1212, Green said.

"I would ask everyone, that safety and security are our shared responsibility, please remain aware of your surroundings...if you see something, say something. Call 911. Share the suspicious information with the police," said Benincasa. "As all of us go out to cheer for our runners, your attention to that shared responsibility of safety will contribute to what we expect to be another successful, happy, and healthy Boston Marathon on Monday."