Michelle Pepe unwittingly exposed her parents to the coronavirus when she visited them for her mother’s 80th birthday in Florida. Her mom survived, but her dad died on April 13, 2020, and she struggles with guilt.

For a year, Michelle Pepe awoke every day, recited the Kaddish, the mourner’s prayer, and kissed a photo of her father. And coped with her guilt.

“This” was COVID-19. In March 2020, just as the pandemic bloomed in the United States, Pepe traveled from Boston to Florida for her mother’s 80th birthday. She believes she gave the coronavirus to her father; Bernie Rubin died weeks later.

“Nobody’s ever said, ‘This is your fault and you gave it to him,’ but I know it’s true. I know I couldn’t save him. It’s just something I’m going to have to go to the grave with.”

Hers is a common sorrow of the times. Around the world, countless people are struggling to shake off the burden of feeling responsible for the death of a loved one due to COVID-19. They regret a trip or feel anguish over everyday decisions that may have spread the disease — commuting to work, hugging parents, even picking up food.

On the eve of the anniversary of her father’s death, Pepe’s hands tremble as she holds a framed portrait of Bernie and Phyllis Rubin, smiling and surrounded by their 10 grandchildren. Taken on March 8, 2020, it’s one of the last images of the couple with their family.

After the celebration, Pepe stayed in Florida to take care of them during the pandemic. She believes she caught the virus while shopping for groceries for her parents. Then her father and mother sickened. Worried about his worsening condition, she called 911. He died alone at Delray Medical Center; family members were unable to visit him.

“I shouldn’t have given up and called the ambulance,” she says. “That’s what haunts me, and thinking about him, alone in that room ... I know he was terrified.”

There was just a brief, socially distanced graveside burial. Pepe watched on Zoom while she continued to care for her mother, who has multiple sclerosis and was recovering from COVID-19.

Pepe has been battling despair ever since.

“I was in a real funk for a real long time,” she says. “And then one of my daughters said to me, ‘Mommy, we thought that we lost our grandfather, but ... we didn’t realize we also lost our mom.’ I figured I have to snap out of it.”

A new report from the Centers for Disease Control and Prevention found that the coronavirus was the third leading cause of death in the United States last year.

Pepe joined online support groups where she met other grieving survivors; went to a psychic medium, searching for signs; and sought guidance from a rabbi who taught her how to recite the Kaddish.

On April 13, she awakens to say the prayer and light a yahrzeit candle marking the one-year anniversary of her father’s death. “We just have to get through this day,” she repeats on the drive to the cemetery. She wears her father’s gold chain and high school graduation ring.

At his grave, she places yellow flowers on a tombstone that reads: “Loving husband, father, pup” — his nickname — “and great grandfather.” In the Jewish tradition, family members leave behind small stones.

They remember a man who adored his grandchildren, calling them daily to catch up on the latest Red Sox news or to invite them to games at Fenway Park. In recent years, “he couldn’t walk very fast — unless it was for a baseball game. Then he’d turn into Carl Lewis!” says Bob Pepe, Michelle’s husband, who worked with his father-in-law and remained his close friend for 30 years.

A death this week of one of Vermont’s youngest victims of COVID-19 has that man’s friends pleading with folks in their teens through forties especially to keep treating the disease super-seriously.

The furniture store that Rubin founded with his wife in 1983 grew into the Bernie & Phyl’s Furniture chain, with nine locations across New England.

The couple were featured in TV commercials best-known for their catchy jingle. Strangers would often recognize them at restaurants and recite the catchphrase: “Oh, are you Bernie from Bernie and Phyl’s, quality, comfort and price?”

And Bernie Rubin would chime in, as in the ads: “That’s nice!”

After the cemetery, Pepe visits the company’s headquarters in Norton. She admires the walls adorned with hundreds of autographed photos of baseball players her dad began collecting as a kid. She takes a deep breath and walks into his office, decorated with another, equally prized collection: photos of his family on cruise vacations, at bar mitzvahs, college graduations and weddings.

She picks up her dad’s work phone, leaning in close to take a whiff as she often does with his wallet, his shirts and his cologne, hoping to sense his presence. But she smells nothing — COVID-19 robbed her of her senses of smell and taste.

At lunch, the family walks to Rubin’s favorite restaurant and orders the “Bernie Reuben,” a sandwich named after him. Every day, Rubin would walk into Kelly’s Place to order a cheese omelet and go through the same comedic routine with a waitress.

“‘Carol, I have to stand here for 20 minutes? There’s 10 empty tables. How do you run a business like this?’” Bob Pepe says, imitating Bernie’s voice. “And she’d go: ‘Will you shut up? You know where you’re sitting, go sit down!’”

Sitting next to her husband, Michelle Pepe bursts into laughter. Later, she wipes away tears.

“It was torture,” she says. “But a year later, here I am, and I can laugh at these stories.”

The next day, she awakens to kiss her father’s photo. She looks at the calendar and heaves a sigh of relief. The ritual year of mourning is over.

“My father would be so tortured if he thought about how tortured I was, and I want him to be happy and at peace,” she says. “And he’s only going to be that way if I’m that way here.” 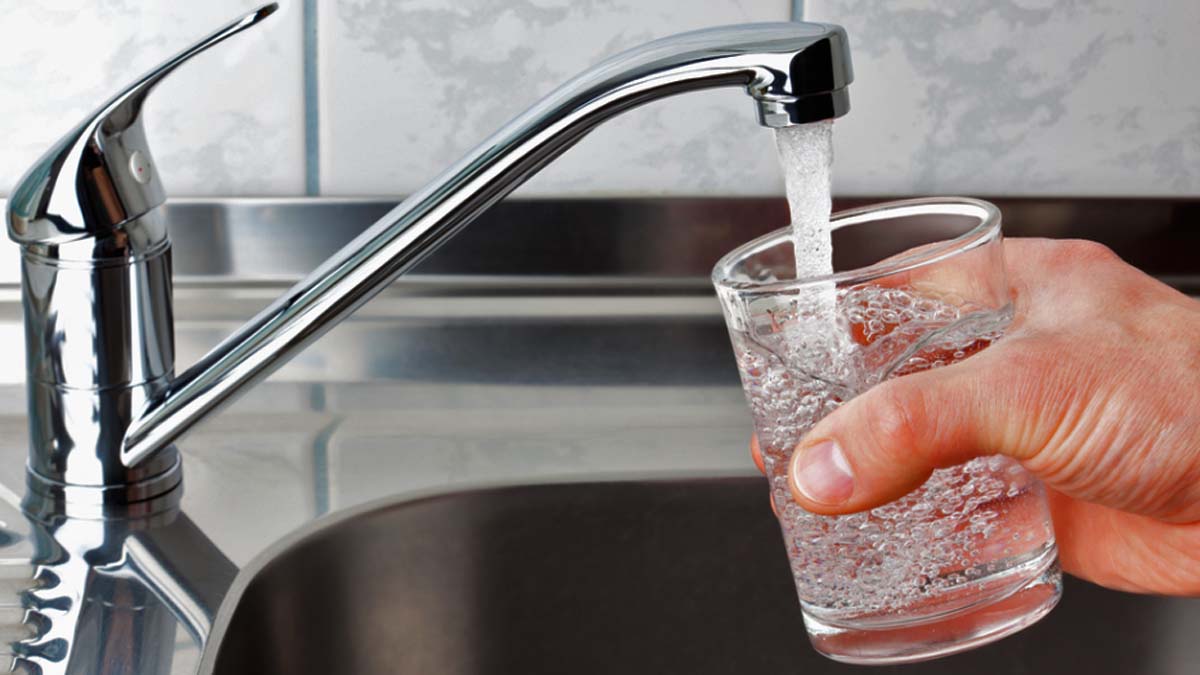 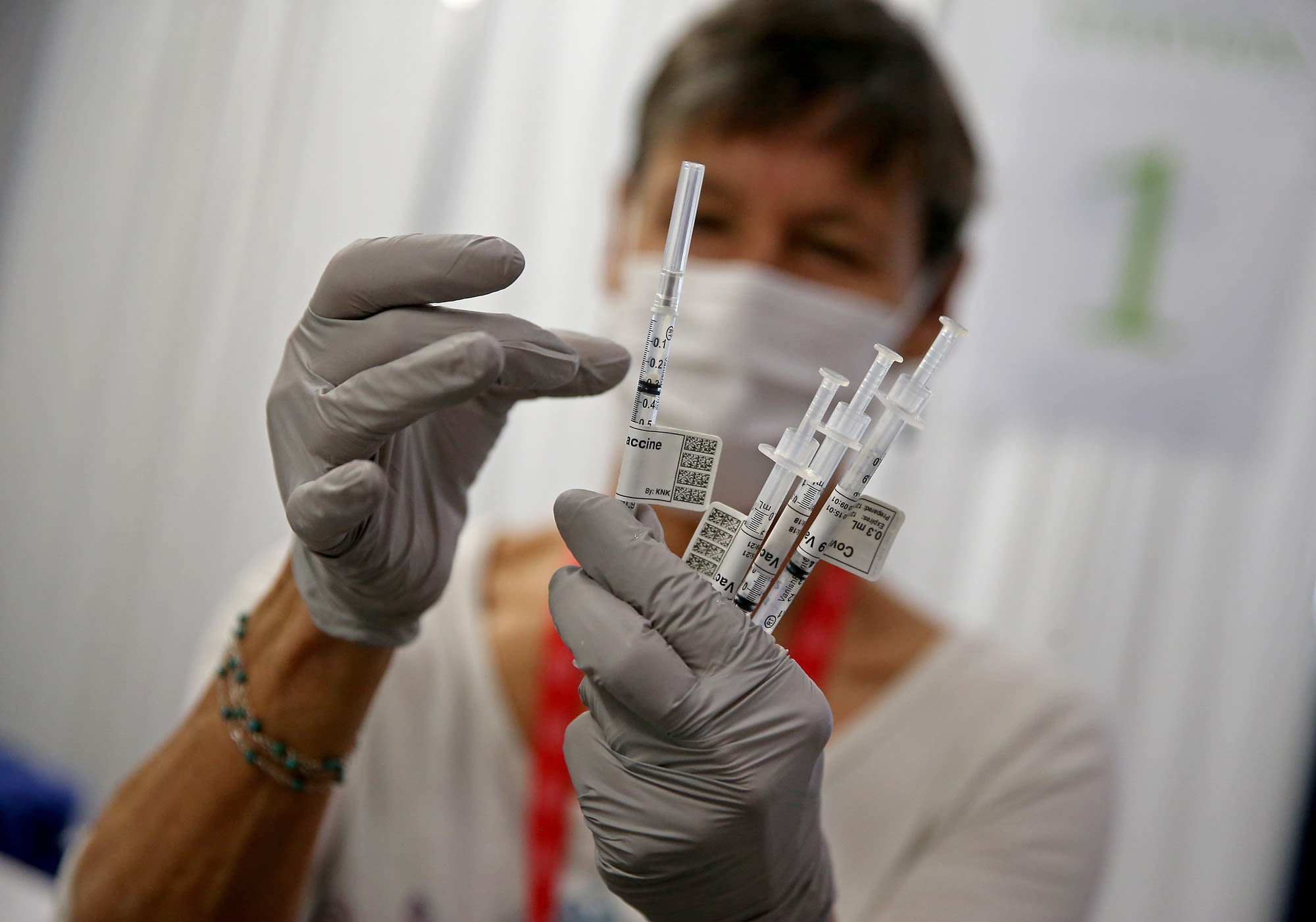