While foul play has been ruled out in the derailment of a Red Line train earlier this week in Boston's Dorchester neighborhood, MBTA officials are apologizing for the continued delays on the system.

"It is unacceptable and we apologize for the inconvenience during the commute this week," MBTA General Manager Steve Poftak said during a Friday news conference. "I want to assure everyone that the MBTA is working 24 hours a day to address this incident."

Poftak said repairs to the third rail at JFK/UMass are now complete, but trains are still moving slowly through the station due to damage to three signal bungalows. 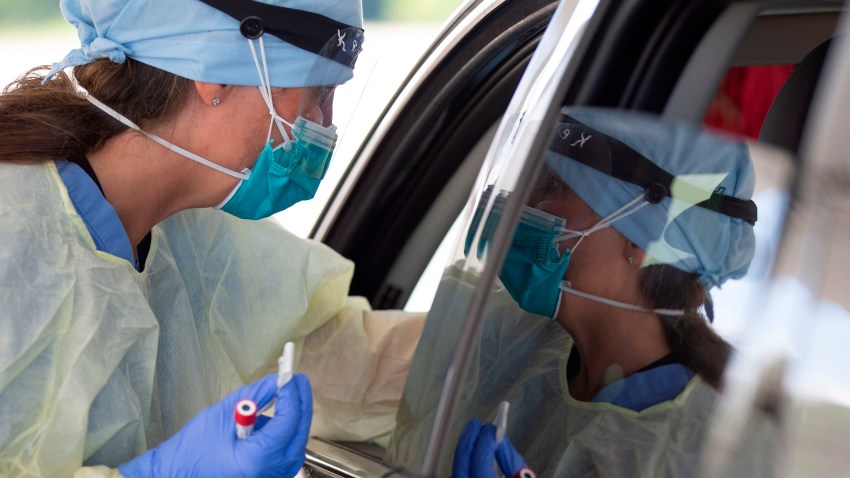 Because the signal bungalows house the hardware for the signal system, arrival times on the MBTA's website and in-station countdown clocks are still not working.

He added that while an investigation into Monday's derailment is ongoing, T officials have ruled out operator error.

"Right now we are able to rule out any signs of foul play or operator error. Our investigators continue to closely examine everything from the track infrastructure to the train itself in an effort to find the cause," Poftak said.

The ongoing delays have been a headache for commuters like Duyanna, who said she was headed to a job interview on Thursday.

"I had to wait 13 minutes for the train which made me like 20 minutes late for my interview," she said. "I don't want them to think I'm late.

Another commuter, Hannah, who works at the Neponset Health Center said the delays have also made her late.

"We had to take the bus and the shuttle and it took an extra hour to get to work," said Hannah.

"How many times can you be late before your boss gets aggravated?" said passenger Bryan Rocci asked.

No serious injuries were reported in Monday's Red Line derailment.

Nearly a dozen people were hurt in a separate Green Line derailment on Saturday that investigators have blamed on operator error. The T has suspended that operator.

A crew of about 150 will continue to work on the system and will test run trains over the impacted area throughout the weekend. MBTA officials plan to provide another update to the public Sunday afternoon.

Commuters are being urged to give themselves an extra 15 to 20 minutes of travel time and take advantage of the Commuter Rail.

"I wasn't really surprised when it derailed because sometimes it shakes so wildly on the tracks you sort of think 'Gee I wonder if this thing could derail," said Red Line passenger Suzanne Lambert.