Like many other tourist attractions, Faneuil Hall and Quincy Market have been hit hard by the coronavirus pandemic

Boston is threatening to kick out the operator of Faneuil Hall Marketplace -- though not its merchants -- over more than $2 million it owes the city in payments missed during the coronavirus pandemic, city officials said Wednesday.

The city moved forward with a notice of default against Ashkenazy Acquisition Corporation, the New York-based company that runs the historic site on a 99-year lease, because it hasn't made the payments owed the city instead of property taxes, according to the Boston Planning & Development Agency. Officials said the notice gives the marketplace's operator 10 days to pay the money that's owed.

But even amid the threat of legal ramifications, BPDA Director Brian Golden said the city aims to support the many businesses that rent out space in the marketplace, one of Boston's major tourist attractions.

"As the landowner of the historic property, we will continue to take all the actions within our power to support the small businesses that make Faneuil Hall Marketplace the successful and beloved destination that it is," Golden said in a statement.

Like many other tourist attractions, Faneuil Hall and Quincy Market have been hit hard by the virus. Shut down in March as the virus spread through Massachusetts, the hall was only able to reopen in July. In September, a quarter of its shops remained closed.

There are concerns about the future of Faneuil Hall as the coronavirus pandemic has impacted businesses.

Golden said the city has spent months pushing to support the shops based in Fanueil Hall but that Ashkenazy Acquisition Corporation wasn't able to give them support. That's on top of the claim it hasn't payed the amount contractually owed the city.

A bill shared by the BPDA with a letter of default to the company shows the city was owed $2.2 million as of Nov. 5. That letter also said that the company took a lien out on the property, in violation of the lease.

Ashkenazy Acquisition Corporation doesn't pay property taxes on Faneuil Hall Marketplace, city officials said, but along with $10 in yearly rent, the 1975 contract with a city agency requires payments in lieu of taxes. Those payments, each just over $1 million, were due in early August and November but were not paid, according to the city's letter.

According to the city, Ashkenazy Acquisition Corporation must find a way to make that overdue payments within 10 days and remove any liens within 30 days, or else the city can terminate its lease. But that wouldn't kick out the merchants with shops there.

NBC10 Boston has reached out to Ashkenazy Acquisition Corporation for comment.

On its website, the company lists as assets many other historic sites around Boston, including the Fairmont Copley Plaza Hotel and South Station, and the United States, including Union Station in Washington, D.C., and the Plaza Hotel in New York City. 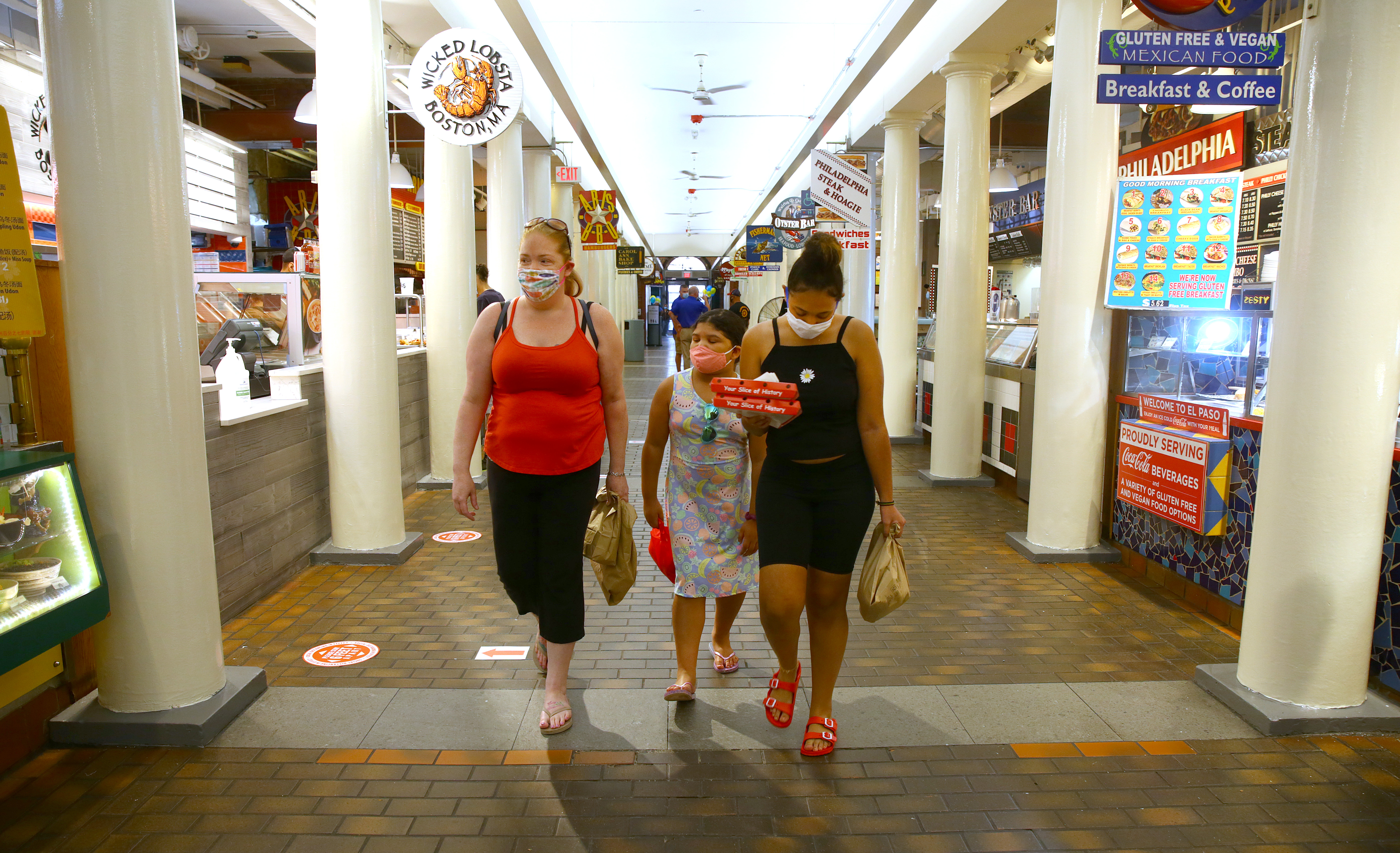 A Quarter of Faneuil Hall Businesses Remain Closed Amid Pandemic 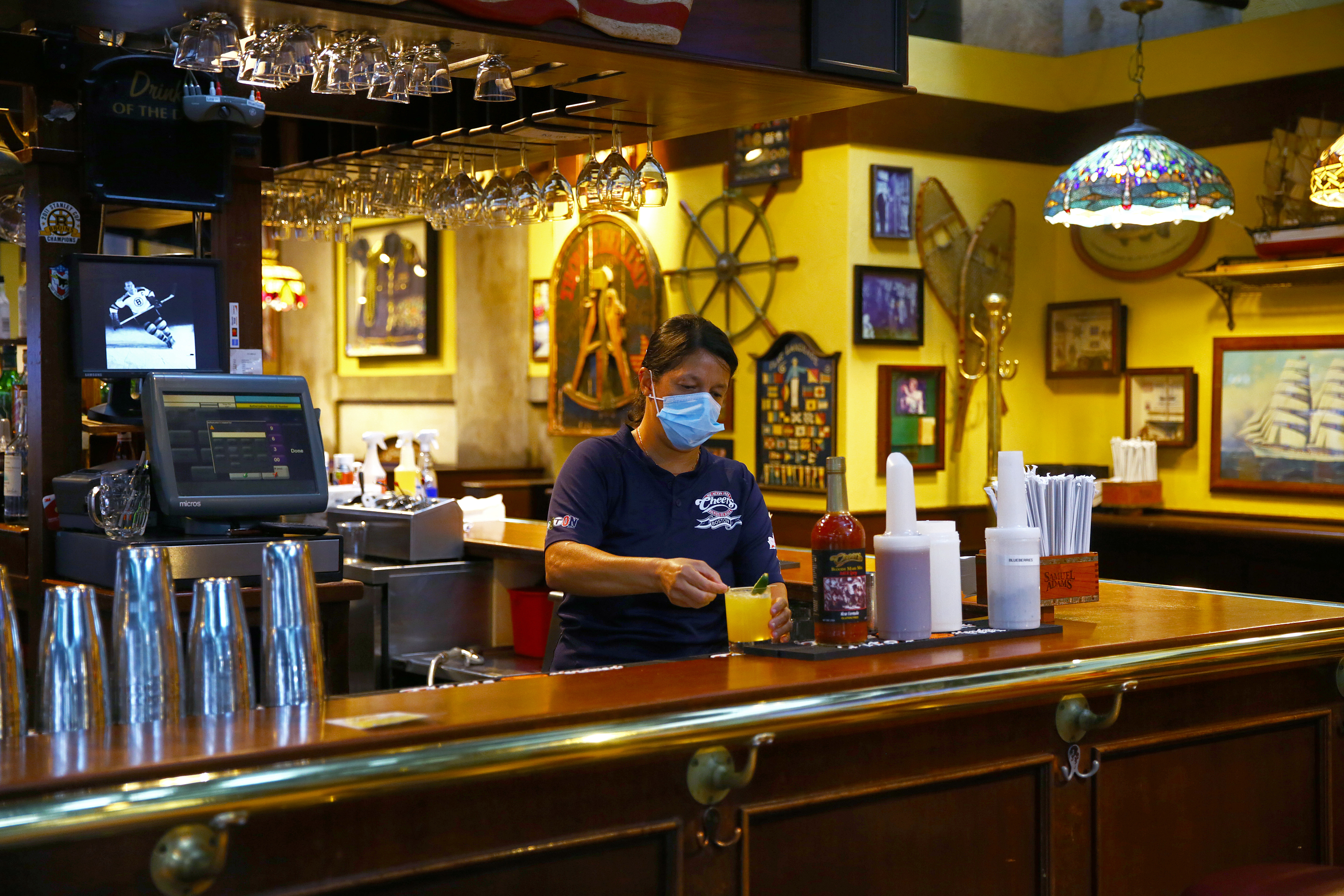 Cheers at Faneuil Hall Marketplace Is Closing for Good