The Burlington High School Seahorses were included in both the Sports Illustrated Sportsperson of the Year profile of Megan Rapinoe and the Time Magazine 2019 Athlete of the Year piece on the U.S. Women’s National Team.

“I look back at the past couple months and it’s a blur,” said Burlington senior Helen Worden, reflecting on the high-level attention she and her teammates have received for their activism.

Several members of the Seahorses soccer team received yellow cards during a game in October when they took off their official team jerseys to reveal slogans calling for women’s pay equity.

The demonstration, after a goal, was dubbed excessive celebrating, which is a no-no in a soccer game.

Young Vermont athletes are taking inspiration from the U.S. Women’s National Team in their push for equal pay.

The move went viral, getting widespread attention on social media and in major media outlets, helping the team sell thousands of t-shirts that advocate for equal pay.

“I really want the younger generation of girls to really grow and know they can use their voice and be heard,” Burlington junior Isabella Munson said.

The new attention includes descriptions and quotes in the Time piece, and a video for Sports Illustrated’s Rapinoe profile. The recognizable soccer star — named the best female player in the world this week — raised awareness of pay disparities after her team’s World Cup win earlier this year.

“It was so completely unexpected for us,” Burlington freshman Lydia Sheeser said of the fact she and her teammates were honored to be included in the Time and Sports Illustrated pieces on the women’s soccer stars. “To be even featured in a person of the year, an athlete of the year [article] is so spectacular.”

The publications were the latest national attention on the Seahorses. They also received attention from television networks and prominent digital news sources.

Going viral this fall helped the team sell thousands of jerseys, reading “#equalpay,” that the team had printed.

Those shirt sales translate to tens of thousands of dollars for local youth soccer programs and for efforts to advance women’s economic security, said Jessica Nordhaus of Change the Story.

Change the Story, an organization that advocates for improving the economic well-being of Vermont women, partnered with the Seahorses to print and sell the shirts. 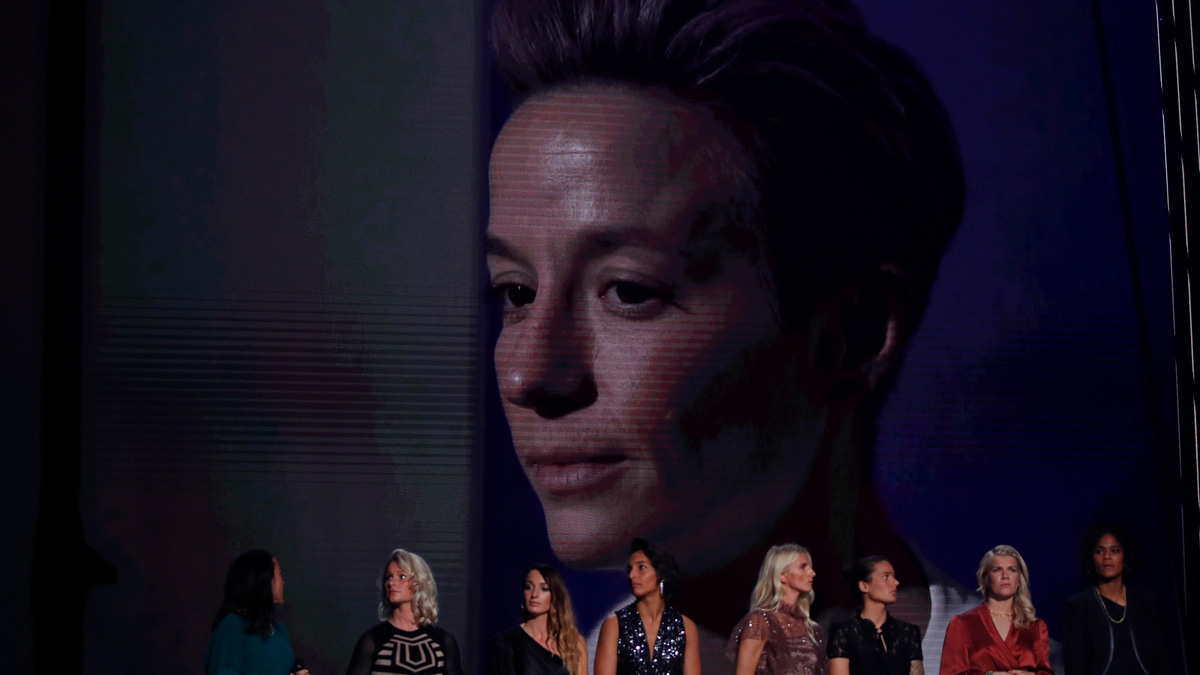 “Look at what these women have done who aren’t even in the workforce full time,” Nordhaus said of the high schoolers. “Look at the attention they’ve brought to the issue. Imagine what we could do if we all worked together.”

On Wednesday, a Burlington High School alumna snapped photos of her daughters in their equal pay shirts as they met Megan Rapinoe in New York City. Change the Story provided those photos to necn & NBC 10 Boston to demonstrate how the #equalpay t-shirts are getting noticed.

As for the referee who gave that now-famous yellow card, Change the Story provided a photo of him with some of the student athletes, saying he is on board with the campaign too, and also bought a shirt.