Town officials issued a new mask advisory after more than 130 people, many of whom were fully vaccinated, tested positive in a cluster of coronavirus cases linked to the Fourth of July in Provincetown, Massachusetts.

During an emergency meeting Monday, the Board of Health voted to advise people to wear masks indoors, regardless of vaccination status. High-density venues where social distancing is not achievable are advised to enforce vaccine verification prior to admittance, per the advisory. Some town officials felt the advisory didn't go far enough, however.

"I have to say, I'm a little disappointed that we haven't taken a stronger stand on this. Rather than just advising, we should require masks," said Dr. Janet Whelan, a member of the Provincetown Board of Health. "The most interesting thing to me about this cluster of cases is so many of the people infected were vaccinated, which sort of means that a lot of the people that are vaccinated who are exposed to it may feel safe, but may also transmit it to others."

Following the Fourth of July weekend, there was an increase in positive coronavirus cases in Provincetown, in addition to individuals reporting COVID-like symptoms. COVID-19 infection has occurred in both vaccinated and unvaccinated individuals, town officials said.

As of July 16, 132 confirmed positive cases of COVID-19 had been officially reported to the Massachusetts Department of Public Health associated with the Provincetown cluster. Of those cases, 89 are Massachusetts residents, 39 of which reside in Barnstable County. The remainder of individuals who tested positive live outside of Massachusetts.

A case investigation is ongoing, and the numbers are likely to change as the situation evolves, health officials said. It was unclear exactly how many cases were in vaccinated versus unvaccinated individuals.

"The element of concern for others is a little bit missing in this, because the pandemic is not over and we can't pretend that things are better yet," Whelan said.

Other officials pointed to recommendations from public health experts, who advised that the community is not in a state of emergency at this time.

"You can be confident that, if we don't see an inflection in this in the next three weeks, that I will call us back into session and we will look at declaring a public health emergency, but I want the public health officials to tell us that they think that that's correct," Provincetown Board of Health Chair Stephen Katsurinis said. "I think this is a good, solid step. And I think it's sufficient for where we are."

The advisory urges people to get vaccinated if they haven't done so already and to get tested and stay home if exposed or experiencing symptoms. Additionally, all unvaccinated people, including children under 12, are required to wear wear masks both indoors and outdoors when six feet of social distance cannot be maintained, which aligns with guidelines from the U.S. Centers for Disease Control and Prevention. 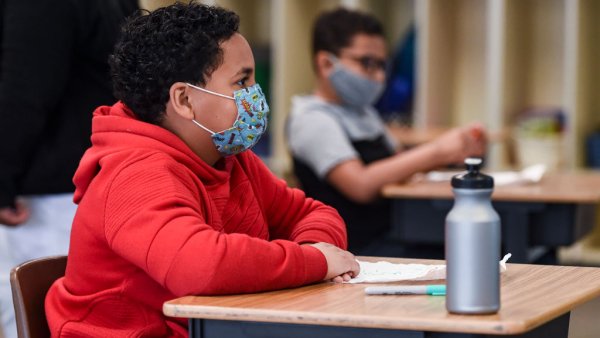 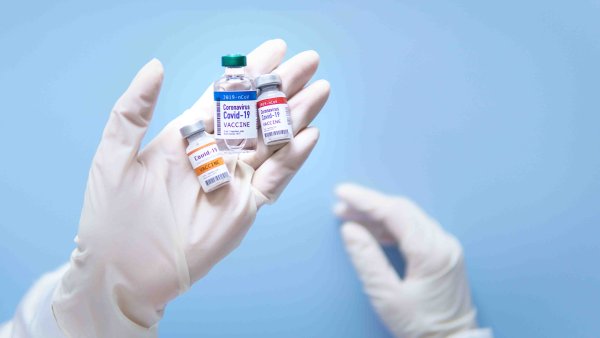 During peak season in P-Town, there are a lot of people but not a lot of masks as town officials try to get a handle on the outbreak in the popular tourist spot.

"Provincetown is a petri dish right now," Michael Poniatowski said. "People are gong to clubs, they're sweating, they're breathing... and case and point three friends got it."

Poniatowski's friends are not alone. So far 132 coronavirus cases have been linked to the Provincetown cluster from the Fourth of July holiday week -- and most of them were vaccinated, like Robert Coy who was visiting from Chicago.

"It's been kind of like an awful cold," Coy said. "I'm feeling a little bit better right now but yesterday and this morning were pretty rough."

It has town officials sounding the alarm and issuing the public health advisory asking everyone to mask up indoors again, even those who already got their COVID shot.

"We want people who live here to be safe and we want visitors who come here to be safe," Town Manager Alex Morse said. "If we respond accordingly I think we’ll be in a much better place and really not have to do some of the more stringent restrictions that were in place a year ago."

Morse says they are also urging large venues to help stop the spread by requiring customers to show proof of vaccination status. So far, 32 businesses have been associated with the cluster.

Ramping up testing is also part of the strategy. They have extended a mobile site at least through the end of the week.

"It's scary I mean I want to play it safe so I'm glad there's a testing site here," one man said.

The line was filled Monday with vacationers who say they're changing their itineraries.

"Here I am with my mask on avoiding places I wanted to go to," another man said.

Provincetown does have one of the highest vaccination rates in the state, and while those testing are experiencing mild symptoms, locals say they're still concerned this advisory doesn't go far enough.

"There's nothing that’s enforced in any way," Fred Biddle said.

Town officials say if they don't see an improvement in the next three weeks, they will consider elevating this to a public health emergency.

During Monday's emergency meeting, town officials and business owners talked about the need to support local businesses that are imposing their own mask requirements

In addition, the CDC and the Massachusetts Department of Public Health are working closely together, actively doing case finding in other jurisdictions, town officials said. This is because there are so many cases being identified outside of Massachusetts, that it requires local, state and federal coordination, officials said.

Ann Scales, spokeswoman for the Massachusetts Department of Public Health, said in an email Monday that she is looking into the department's response to the outbreak.