There have been so many news stories on the opioid addiction crisis in New England. The statistics. The overdoses. The deaths.

The reality is staggering.

But the terms "opioid crisis" and "addiction epidemic" don't resonate.

As a journalist, I've seen the incredible impact this issue has had on our communities, and I wanted to present it in a way that everyone could access and “feel.” As a parent, I am frightened.

That's why it is so important not only to confront this story, but also to approach it in a different way.

One focus of "Overdosed: New England Fights Back" is on those suffering from what is now more commonly called "substance use disorder." The other core element is the response to the problem.

There has been a shift. Police are approaching addicts as individuals who need help, rather than criminals. Doctors are re-thinking their approach to care. Recovery units are now offering more than just a bed. 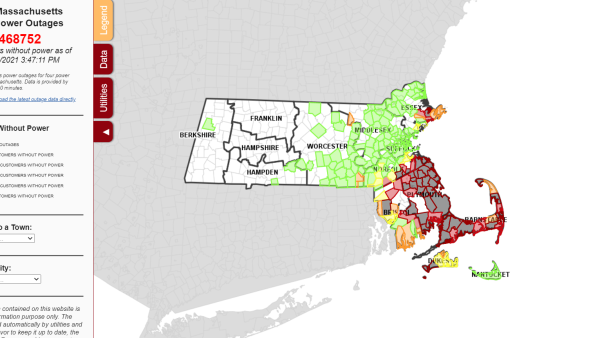 When Will Power Be Restored in Mass. After Nor'easter? It Could Take Days, Officials Say

Because nothing has been working. The drugs get stronger and the overdose statistics are increasingly overwhelming.

Yes, overdose deaths may seem to be slightly down, or at least at a plateau, however, that is likely skewed by the increased distribution of the overdose reversing drug, Narcan. Police carry it. Schools -- including high schools and even middle schools -- have it. And there are dozens of other ways people can now get their hands on it to save a life.

Saving a life means one more opportunity to get clean and sober, one more chance to survive. That's important because one thing I learned all too clearly in reporting on this topic: It takes multiple trips through recovery before it sticks.

We spoke to addicts and those in recovery – for hours.

They, too, notice the shift.

"When you're on the street and you're on drugs, you feel like nobody cares, like nobody gives a [expletive], they're people on phones," said a young man we met in detox who we will simply refer to as Matt. " Sadly to say, this being my third time here, it kind of feels good that I actually could build a couple of connections and not be embarrassed to make a call like I need help, (that) I need a bed or I am going to die."

Those candid comments came from almost everyone we spoke to for this story. The reason is simple: Once many of these individuals have experienced the depths of addiction, they often stop screening themselves when discussing their reality.

Their comments are striking in their honesty, yet also express the incredible vulnerability of someone trying to overcome addiction.

Every day is a struggle for many of them. That is not hyperbole. That is their reality.