A 28-year-old Scituate man was arrested after allegedly running from the scene of a serious crash that put three people in the hospital Sunday night in Duxbury, Massachusetts.

Nohelty, who was driving a 2007 Chrysler 300C, is accused of running into the woods after the serious four-car crash on Route 3 near Exit 22 shortly after 10 p.m.

Police spent over an hour searching for Richard Nohelty with a helicopter and a K-9 unit. They were finally able to find him in the area of Beaver Dam Road in Scituate around 11:40 p.m.

Nohelty was taken to South Shore Hospital with possible minor injuries. He faces charges of leaving the scene of a crash causing personal injury, negligent operation of a motor vehicle and speeding. 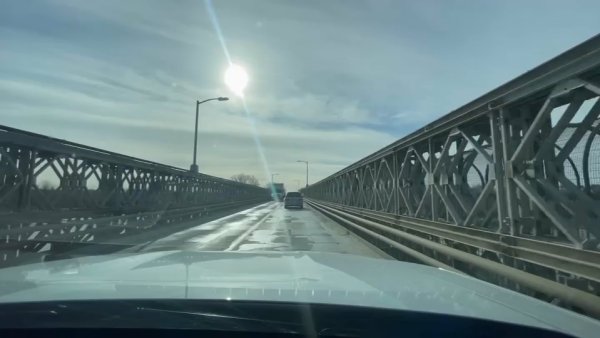 ‘Something Bad Is Going to Happen': Drivers Have Serious Safety Concerns About Lowell Bridge

Three other people were hospitalized after the crash, including one person who suffered serious, life-threatening injuries, according to the Massachusetts State Police.

The driver of a 2011 Toyota Camry, a 59-year-old Plymouth man, was rushed to South Shore Hospital with serious injuries.

A section of Route 3 was completely shutdown late Sunday night for the investigation and crash reconstruction, officials said, but has since been reopened.

The crash remains under investigation by Massachusetts State Police. Scituate and Duxbury police and fire departments responded to the scene. No further information was immediately available.