Not lost on coach Bill Belichick is the emotional weight that will serve as a backdrop on Sunday, when it comes to Damar Hamlin.

During a year in which the Bills have endured a snowstorms that disrupted their schedule, mourned the sudden death of tight end Dawson Knox’s younger brother in August, rallied to the community’s support in the aftermath of a mass shooting, and won games with little or no practice, Beane couldn’t be more proud.

The New England Patriots need to beat the Buffalo Bills to clinch their spot in the playoffs.

And he has reason to believe the resilience will show once again following a week in which the Bills went from being emotionally stunned by witnessing Damar Hamlin getting resuscitated on the field in Cincinnati on Monday night, to being joyously uplifted after the safety addressed his teammates by videoconference on Friday.

“I love you boys,” Hamlin said in a soft voice.

“I probably get emotional if I talk too much about it, but I’m so proud of our organization, our team, just so many people, the way we’ve dealt with so much this year,” Beane said. “Definitely not the way you draw it up. I don’t know what’s gonna happen the rest of season on the field, I really don’t. This is a group of winners, and I will forever remember this team, this season.”

Bills safety Damar Hamlin is awake and has used FaceTime to talk with his teammates, according to team doctors

For Beane, the game Sunday is far more than a showdown against an AFC East rival to close the season. Instead, it represents a celebration of life in knowing Hamlin is on the road to recovery.

The bond the Bills have built in dealing with adversity has brought them even closer in how players and coaches leaned on each other in the aftermath of Hamlin’s collapse.

“This just put the cherry on top in a positive way,” left tackle Dion Dawkins said. “It has definitely just made (the bond) a permanent glue.”

As for whether the Bills believe they're physically and emotionally ready to play, quarterback Josh Allen didn’t blink by responding: “I do.”

Allen then cited the inspiring message Hamlin’s father, Mario, delivered to the team on Wednesday in saying his son would want them to play.

“He demanded us,” Allen said. “And you can’t not honor his request to go out there and charge forward.”

The Bills (12-3) are motivated despite having less riding on the outcome of the game than the Patriots (8-8). Buffalo has clinched its third consecutive AFC East title, but has lost the inside track to win the AFC’s top seed. The NFL’s decision to cancel Buffalo’s game against Cincinnati pushed Kansas City (13-3) ahead of the Bills in the standings.

The one consolation is the league ruling the AFC championship game would be played at a neutral site should the Chiefs win the top seed and face Buffalo, should both teams win or lose on Sunday.

Three days after Buffalo Bills’ safety Damar Hamlin suffered a cardiac arrest on the field, doctors from the University of Cincinnati detailed Hamlin’s tremendous strides in recovery and how close he was to having a different outcome.

In New England, the Patriots need only to win to clinch their 13th playoff berth in 14 seasons. New England can also clinch a spot should the Dolphins and Steelers lose, after Jacksonville beat Tennessee on Saturday night.

The Patriots find themselves in the wild-card race by virtue of a 23-21 win over Miami — and despite losing four of their last six.

Not lost on coach Bill Belichick is the emotional weight that will serve as a backdrop on Sunday, when it comes to Hamlin.

“Everybody individually will have to process it like we’ve been doing. Expect it be an emotional scene and in the end we’re going there to play our best football game,” Belichick said. “I think everybody understands there’s a balance and there’s multiple things going on there.”

Bills coach Sean McDermott said Belichick was among the many NFL coaches who reached out to him to provide support after Hamlin was hurt.

“I certainly appreciate his thoughts and prayers,” McDermott said.

As for game preparation, the Bills essentially held one full practice on Thursday, with Wednesday and Friday’s sessions serving mostly as walkthroughs.

“It kind of makes you, respectfully, chuckle a little about about what we’ve dealt with,” McDermott said. “Hey, why not make it a short week on top of that.”

Sunday’s game could be the final time two of New England's longest tenured players suit up for the Patriots.

At age 37, special teams captain Matt Slater, on a one-year, $2.6 million contract, is wrapping up his 15th season in New England. Safety Devin McCourty, a 2010 first-round pick out of Rutgers, turned 35 in August after signing a one-year, $9 million deal.

Slater has appeared in 222 games, which is second only to Tom Brady for the most games played by a Patriots player. McCourty has started all 204 games he’s appeared in, missing just five regular-season games.

“You never know how football goes. But I’d be lying if I said I didn’t think about it before the game, McCourty said.

“Just kind of think about that, let that settle in, just trying to make sure I stay in the moment, enjoy. But definitely gave it a few seconds,” he said.

Bailey, a 2020 All-Pro, has been on injured reserve for the last seven games dealing with back issue. He was designated to practice on Dec. 21, but Belichick said on Friday that he will revert to IR and is done for the season.

Replacement Michael Palardy is averaging just 42.6 yards per punt, ranking at the bottom of the NFL. 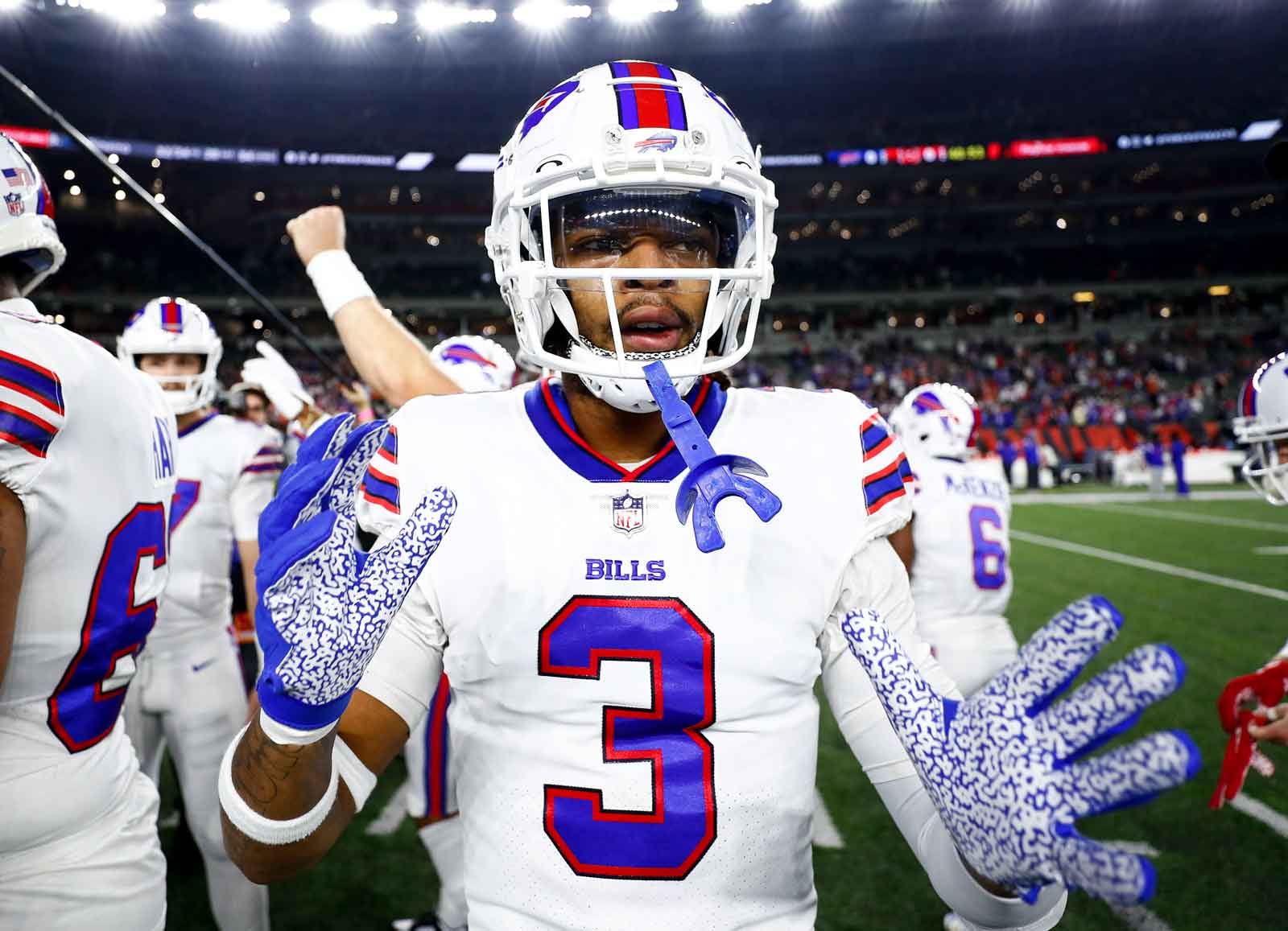 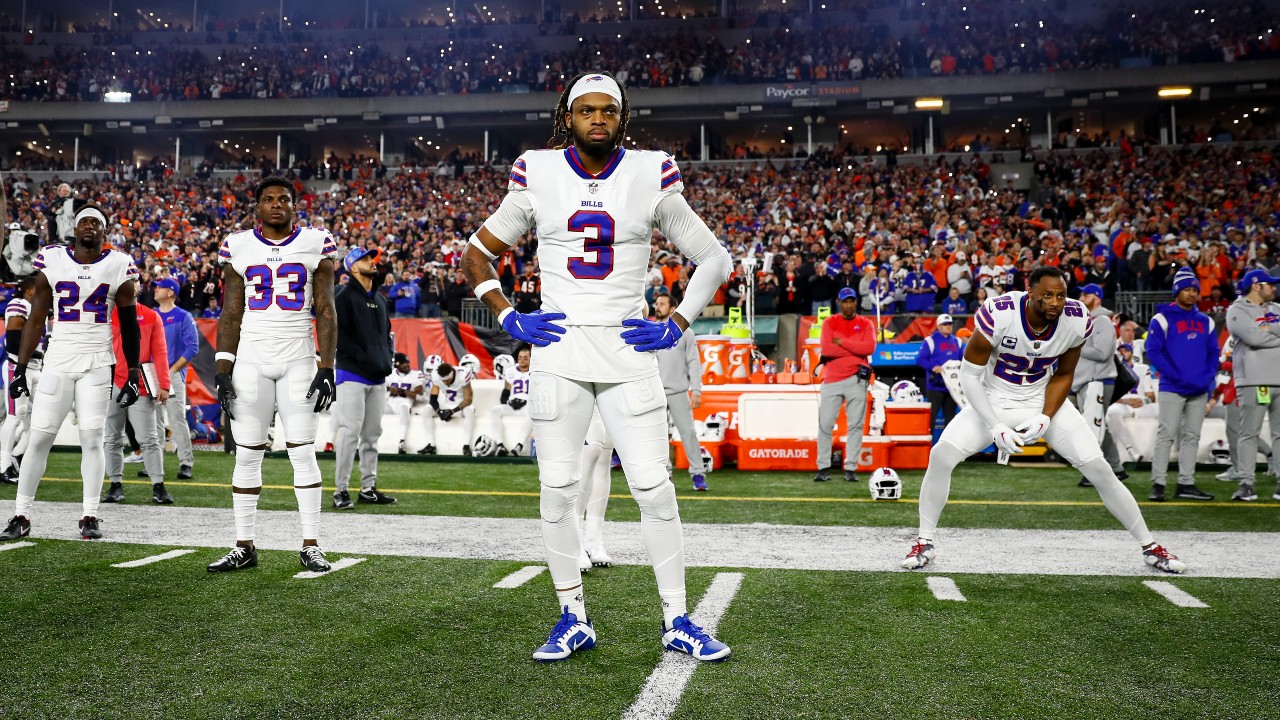 Damar Hamlin Honored With Jersey Patches, Other Tributes for Week 18