Francis "Frank" P. Sumner Sr., who died in 2016, is being investigated in the 2000 murder of the 16-year-old based on new information received by investigators

Francis “Frank” P. Sumner Sr., a convicted rapist and kidnapper who died in 2016, has been named a suspect in the murder of Molly Bish, authorities announced Thursday.

Sumner is being investigated in the 2000 murder of the 16-year-old based on new information received recently by investigators, Worcester County District Attorney Joseph D. Early Jr. said.

Born in 1945, he was active in central Massachusetts from 1960 through 2016, prosecutors said. He was known to operate auto repair shops in the Spencer, Leicester and Worcester areas. He lived in Spencer prior to his death.

Investigators said they are still seeking tips from the public looking for information relative to Sumner’s employment practices/personnel, associates, vehicles, travel and any known habits.

Early told NBC10 Boston that Sumner is being considered a suspect in the case, though the initial news release from his office called him a person of interest. 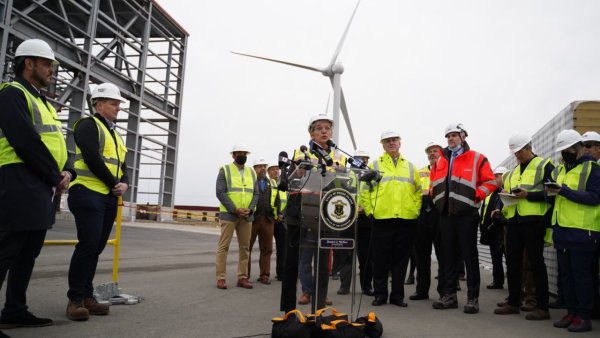 "He has over a 20-page record, I think it's about 25 pages," Early said. "He's served time for aggravated rape and kidnapping, he's served time on probation violations, we know there were harassment orders with regards to the case that he was involved with before and violated and he's got a long, long record."

Molly's sister, Heather Bish, told NBC10 Boston she did not know who Sumner was.

"I'm scared. I'm scared to hear about this person," she said Thursday. "I learned so much about him in this short time."

A person of interest has been identified in the years-old killing of Molly Bish, a teenager from Massachusetts whose death remains unsolved.

The district attorney's announcement comes just weeks before the 21st anniversary of Molly's disappearance from Comins Pond in Warren on June 27, 2000.

"I have all kinds of feelings," Heather Bish said of the new development. "Most predominantly, I feel gratitude."

She lived in Warren and was working as a lifeguard at the pond. Her disappearance set off a massive search.

Two decades after 16-year-old Molly Bish disappeared while working her lifeguard shift at Comins Pond in Warren, Massachusetts, her family held a vigil there.

Molly's remains were found nearly three years later in the woods of Whiskey Hill in nearby Palmer.

Through the years, Bish's family never stopped looking for her killer, pleading for anyone who knew anything to come forward.

"We have walked in the valley of hell. You have created a fear that haunted my family. It must stop," her mother, Magi Bish, wrote in a 2013 letter.

"We don't know who did this to Molly," Heather Bish said at the time. "It's very, very scary."

Magi Bish wrote a letter 13 years after her daughter’s death, making direct plea to her killer

Last year, on the 20th anniversary of her sister's disappearance, Heather Bish said time had not healed her family's wounds.

"Twenty is significant because of the year," she said. "But for me, I live without my sister every day. I live trying to find a murderer every day."

Anyone with information on Sumner or anything else related to the case is urged to call the anonymous tip line at 508-453-7575. 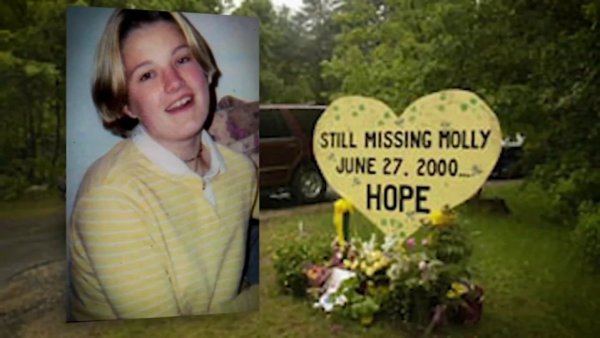