Investigators were back at a home in Manchester, New Hampshire, for the third straight day on Monday as they continue to search for missing 7-year-old Harmony Montgomery.

Manchester police said Monday that the multi-day search was complete, and offered no additional details on what, if anything, was found, citing the ongoing investigation.

Aerial footage from the scene on Sunday showed a tent set up in the back yard of the home on Gilford Street, the last known address in Manchester where Harmony is believed to have lived. On Monday, a large blue tent could be seen set up in the driveway of the home.

Investigators were back at a home in Manchester, New Hampshire, on Sunday as they continue to search for clues in the disappearance of 7-year-old Harmony Montgomery.

The FBI confirmed Monday that their Evidence Response Team was also on site, and had been all weekend.

Manchester police have said little about the case in recent days as they have continued to focus their efforts on the Gilford Street property.

Police brought specialty equipment to the home over the weekend, including a ground heater typically used during winter months to help thaw soil. Crime tape sealed off the sides of the home leading to the backyard.

It remains unclear what, if anything, investigators have recovered from the property.

The search for missing New Hampshire girl Harmony Montgomery continued on Sunday, with investigators at the scene of a home on Gilford Street for a second straight day.

Police began their search for Harmony over a week ago, asking for the public's help in finding her. They said she was last seen in late 2019.

The girl's mother, Crystal Sorey, held a candlelight vigil accompanied by loved ones on Saturday, praying for more answers about Harmony's location.

“If you just have any kindness in your heart, if you know anything about my baby, please I’m begging you to come forward so she can come home,” Sorey said. “I just wanted her to have a better life than I did. And when she comes home I’ll make sure I give her that."

As New Hampshire police continue investigating the disappearance of Harmony Montgomery, her mother is speaking publicly for the first time.

The girl's father, Adam Montgomery, and his partner Kayla, had custody of the child, and they both landed in police custody last week.

The father is accused of endangering and abusing Harmony, while Kayla was charged with welfare fraud. Neither have been criminally charged in Harmony’s disappearance.

The case has raised questions about the handling of the case by the state's Division for Children, Youth and Families, including why Harmony was missing for two years before police were notified.

On Monday, the state Department of Health and Human Services, which oversees DCYF, said in a statement that as soon as they learned Harmony was no longer with her caregiver, "immediate steps were taken and an investigation was initiated."

More on the search for Harmony Montgomery 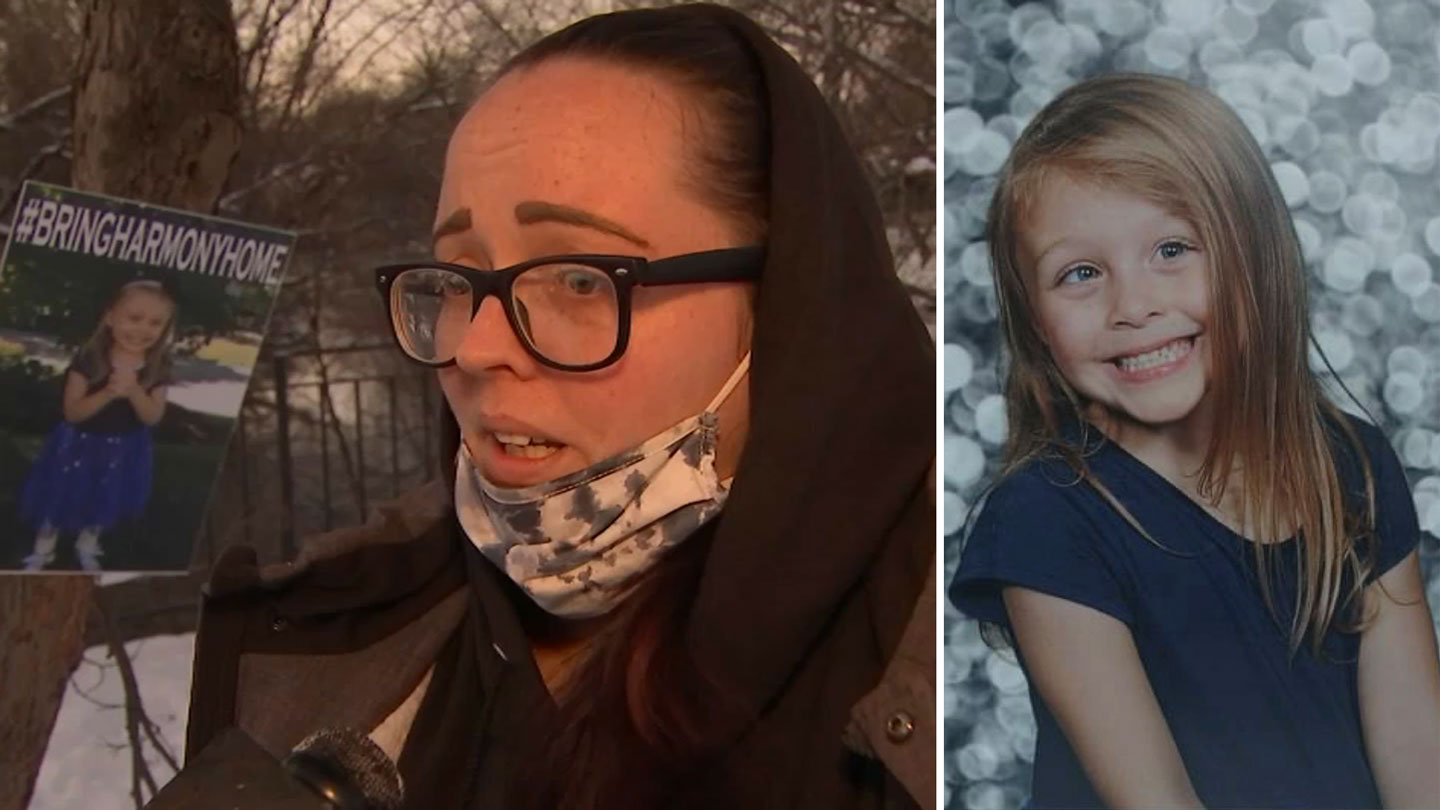