Trooper Chases Down, Arrests Man Suspected of Stabbing Woman With Scissors on Esplanade

A man was arrested after allegedly stabbing a young woman in broad daylight on the Charles River Esplanade in Boston's Back Bay on Friday afternoon.

According to police, the incident occurred on the footbridge between the Esplanade and the Lagoon just before 4 p.m. Police said the suspect, identified Friday night as 37-year-old Luis Olivo, stabbed the victim in the head with a pair of scissors, tackled her on the footbridge and hit her.

The victim, a 23-year-old from Allston, was taken by ambulance to Massachusetts General Hospital. She was conscious and alert as she was loaded into the ambulance.

Massachusetts State Police announced Saturday afternoon that the victim has been released from the hospital.

"I came around the alley, saw a gentleman being put into handcuffs on the mall and put into one of the police cruisers," said Janet Roche, who lives in the neighborhood.

Olivo was taken into custody at the intersection of Commonwealth Avenue and Dartmouth Street following a foot pursuit and a struggle, during which a trooper was forced to discharge his electronic control weapon to subdue the suspect.

A weapon that was in the Olivo's possession was recovered and secured, police said.

Olivo is being processed at state police barracks.

Police said preliminary investigation suggests that the victim does not know the suspect and that she was running or walking by herself when she was attacked.

Witnesses said the suspect dropped his belongings as he fled and threw a pair of scissors that landed outside the Buttermilk & Bourbon restaurant. Police recovered the scissors, which they believe were used in the stabbing.

"I know it's a city, but usually, this is a safe spot," said Cara Hacaley, a neighborhood resident. "It's a little unsettling."

Jim Foster, of Milton, says the attack comes as a surprise to him.

"What really sticks out is how safe of a place this appears to be," he said. "It's not too often that you hear of some bystander getting stabbed in the head."

Whitney Westbrook, who was visiting from Atlanta, agrees.

Westbrook says the incident isn't keeping them from doing anything, but it did make her more aware of her surroundings.

Aerial footage from NBC10 Boston's Sky Ranger helicopter showed a heavy police presence in the area of the Esplanade. Police are also reportedly at a second scene located at Dartmouth and Marlborough streets. 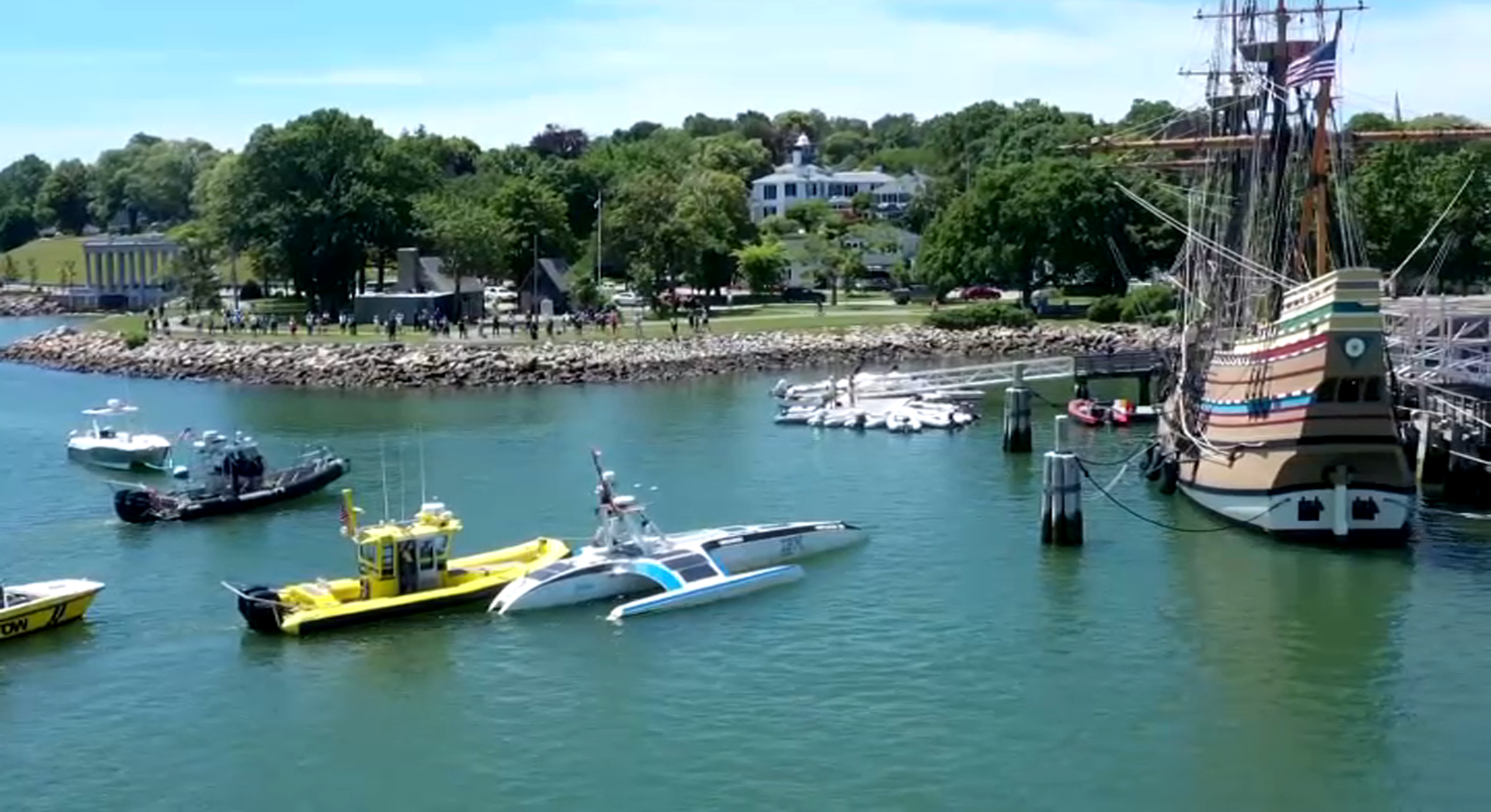 Olivo is being held on $100,000 cash bail at State Police-Boston. He is not expected to post bail and will be transported to Boston Municipal Court for arraignment on Monday, officials said. It is unclear if he has an attorney.

State police are continuing to investigate the incident.