President Biden to Travel to NH Next Week

He is scheduled to be in Woodstock on Tuesday, where he will visit a bridge and discuss how the infrastructure deal will help repair and rebuild the nation's roads and bridges

President Joe Biden will travel to New Hampshire next week to offer remarks on the bipartisan infrastructure deal.

He is scheduled to be in Woodstock on Tuesday, where he will visit a bridge and discuss how the infrastructure deal will help repair and rebuild the nation's roads and bridges.

Additional details on his trip are expected to follow, the White House said.

Congress passed the $1 trillion infrastructure package last week. The White House has said the new law will reach virtually every corner of the country and the investments will add about 2 million jobs per year over the coming decade.

Biden is expected to sign the bill on Monday, marking the largest federal investment in infrastructure in more than a decade. His signature will make the Infrastructure Investment and Jobs Act law 10 days after the House passed the bipartisan piece of legislation.

The legislation includes about $550 billion in new funding for transportation, utilities and broadband. It also invests $110 billion into roads, bridges and other major projects, directs $66 billion toward passenger and freight rail and $39 billion into public transit.

The bill will invest $65 billion in expanding broadband access. It will put $55 billion into water systems, including lead pipe replacements. The legislation also includes a provision for cryptocurrency tax reporting.

Lawmakers have tried and failed for years to pass such a comprehensive bill to upgrade the nation's utilities and surface transportation infrastructure. The White House and many other leading Democrats say the bill will ease pesky supply-chain disruptions and keep prices from soaring even higher.

While 13 House Republicans helped the bill clear the chamber last week, its fate had been uncertain for much of the fall. Fierce debate between progressive and centrist Democrats, which centered on the bill's passage in tandem with the separate Build Back Better plan, threatened to derail the infrastructure plan.

More on the infrastructure bill 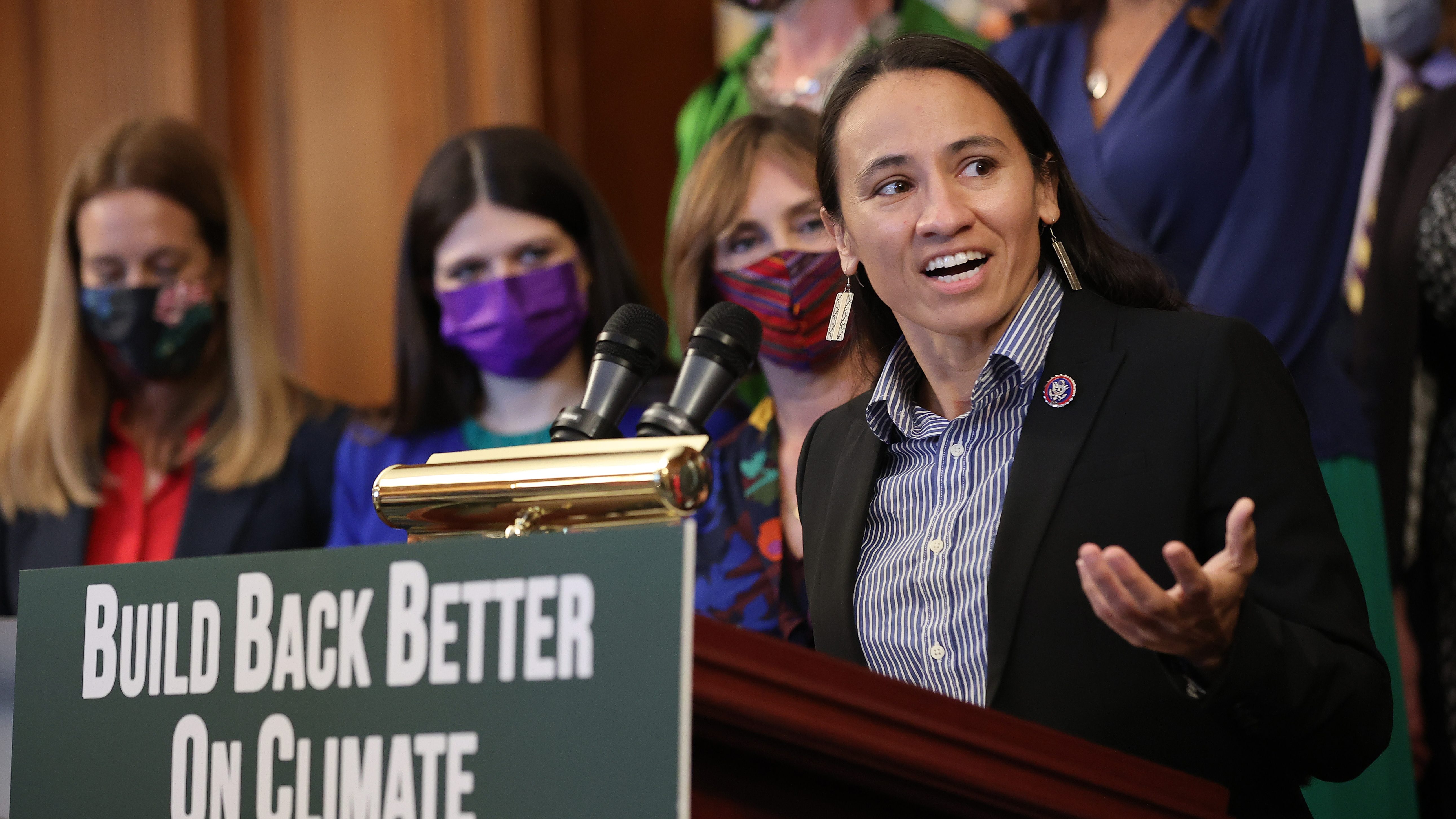 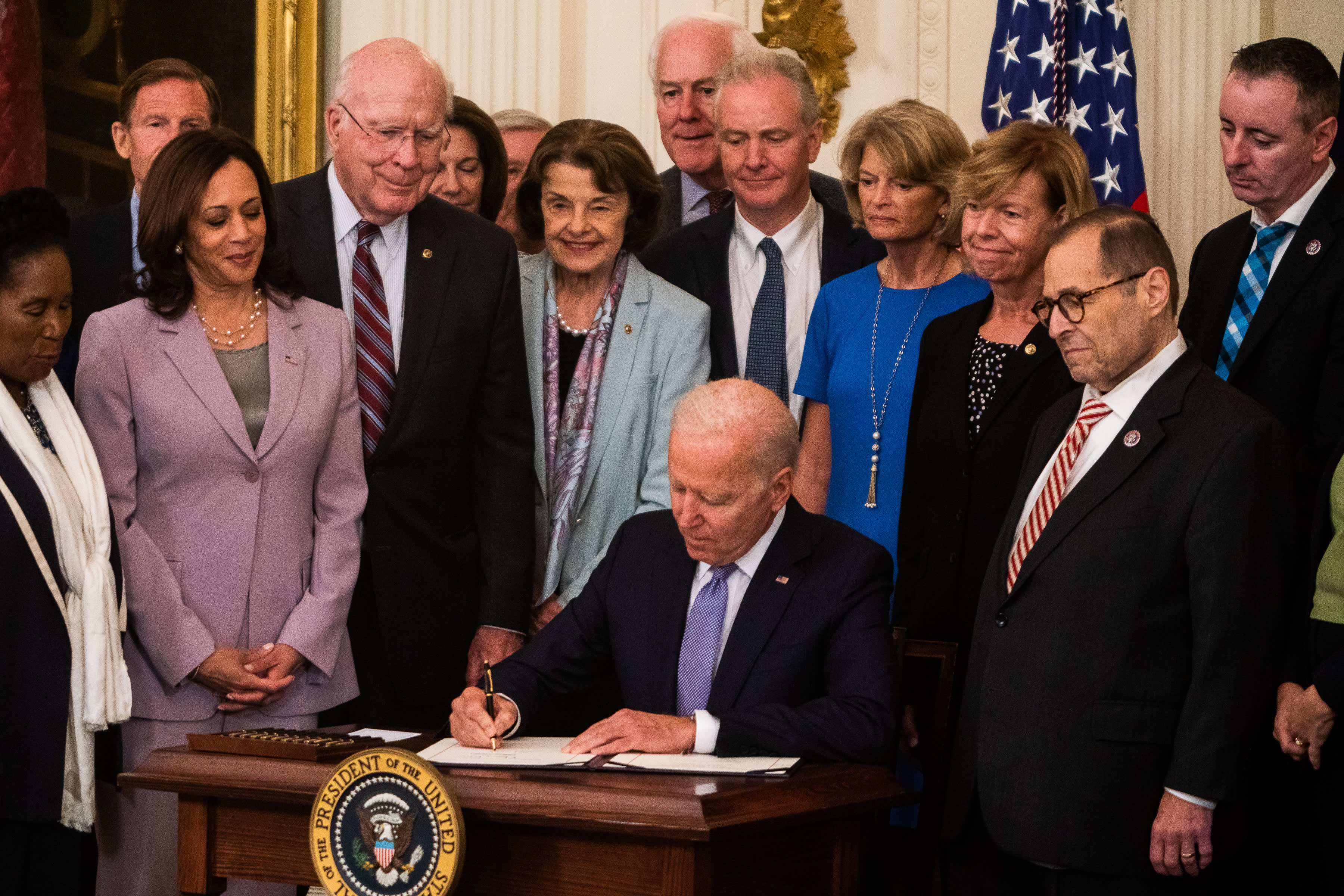