Don't expect more visits to swing state New Hampshire from the president, at least not in the near future. In fact, Trump's diagnosis may throw his entire campaign into disarray at the worst possible time

Friday brought more upheaval in American political life than any other day in recent history as the president was diagnosed with a deadly viral disease that's sweeping the globe, then flown to the hospital 18 hours later.

To understand what it means for the country, NBC10 Boston spoke to local experts in medicine and politics.

Among their takeaways is that President Donald Trump's trip to Walter Reed Medical Center, the military hospital about 10 miles from the White House, doesn't necessarily imply that his condition is grave.

President Donald Trump, who announced he has tested positive for the coronavirus, boarded Marine One and flew to Walter Reed Medical Center.

But don't expect more visits to swing state New Hampshire from the president, at least not in the near future. In fact, Trump's diagnosis may throw his entire campaign into disarray at the worst possible time.

HOW SERIOUS IS TRUMP'S CORONAVIRUS DIAGNOSIS?

It's not immediately clear how serious the president's coronavirus case is, even though he's been hospitalized after being given an experiment polyclonal antibody treatment.

"When you hear that someone's been admitted to the hospital that is this age and is a man, those are particularly concerning signals," said Dr. Paul Edward Sax, clinical director of the Divison of Infectious Disease at at Brigham and Women's Hospital.

All patients with deteriorating symptoms are better off at the hospital than at home, he said, even if that home is the White House. It helps to be somewhere where there's medical equipment, should they need more medical care.

Another advantage to being at the hospital is access to certain treatments, like another experimental one, called remdesivir. Trump was confirmed late Friday night to have been given that one as well.

President Donald Trump and first lady Melania Trump have been diagnosed with the new coronavirus, with the president being flown to Walter Reed Medical Center. Team coverage of how he became the face of a global pandemic.

Doctors noted that Trump has some risk factors that make it likelier he'll get complications from the virus, like obesity and his age, 74 -- though every case of COVID-19 is different.

The experts also noted that the risk factors could make Trump's recovery from the virus slow as well.

"He shouldn't be out and about and in contact with other people until he's fully recovered and 10 days after resolution of symptoms," said Dr. Daniel Kuritzkes, chief of the Brigham's Division of Infectious Disease.

A slow recovery may mean he's not up and running until shortly before the election itself, which is one month away. Other members of the Trump administration have tested positive as well, including first lady Melania Trump and campaign manager Bill Stepien, which could further complicate campaigning.

President Trump was taken to Walter Reed medical center Friday evening after developing symptoms of COVID-19 — raising concerns about his health and questions about the political fallout of his illness. Dr. Ugo Iroku and USA Today reporter David Jackson joined LX News to discuss his health risks and the political implications of his hospitalization.

And even people in Trump's orbit who haven't tested positive for the virus should quarantine for two weeks after being potentially exposed, according to Dr. Shira Doron, an epidemiologist and associate professor at Tufts University School of Medicine.

"A negative test doesn't get you out of quarantine, because you still could be incubating that virus for up to 14 days," she said.

That could apply to Trump's opponent in the election as well. Former vice president Joe Biden shared a debate stage with Trump on Tuesday, and while he tested negative for the virus Friday, that doesn't mean he wouldn't test positive in a few days.

Team coverage of President Donald Trump's coronavirus diagnosis, including concerns about his health, the future of the presidential campaign and how the government will run.

WHAT DOES COVID MEAN FOR THE TRUMP CAMPAIGN?

"It's a very hard position for the Trump campaign to be in right now," said Glenn Johnson, a former staffer for one-time presidential nominee John Kerry.

Johnson said the diagnosis puts the spotlight on the president's handling of the coronavirus pandemic, when that's the last thing the campaign wants.

"They can't talk about what they want, they can't go where they want and the whole momentum of their campaign is broken by this incident," Johnson said.

That's unfortunate for Trump, because the final stretch is a critical part of the campaign, according to Democratic analyst Steve Kerrigan, who has worked on several.

"In the waning days of a campaign, particularly a campaign surrounded in crises, people want to see a strong leader. And I guarantee you he is going to virtually campaign from the White House," Kerrigan said in an interview that took place before Trump was flown to Walter Reed Medical Center.

The Trump campaign said Friday it was turning upcoming events virtual or postponing them entirely.

As for the two remaining debates on the schedule, each of which at least has a chance to swing the campaign -- many polls have had Biden with a lead nationally and in key swing states -- Kerrigan said Trump would want them to go on, so he had a chance to change the narrative from the virus.

It's not yet clear whether the debates will happen, or if the format will change. There's been no announcement yet on Tuesday's vice presidential debate in Utah, either.

So far, Vice President Mike Pence has tested negative for COVID-19, and the White House has said that power hasn't been transferred from Trump to Pence, as presidents have done temporarily under the 25th Amendment to the Constitution for medical issues like surgeries. 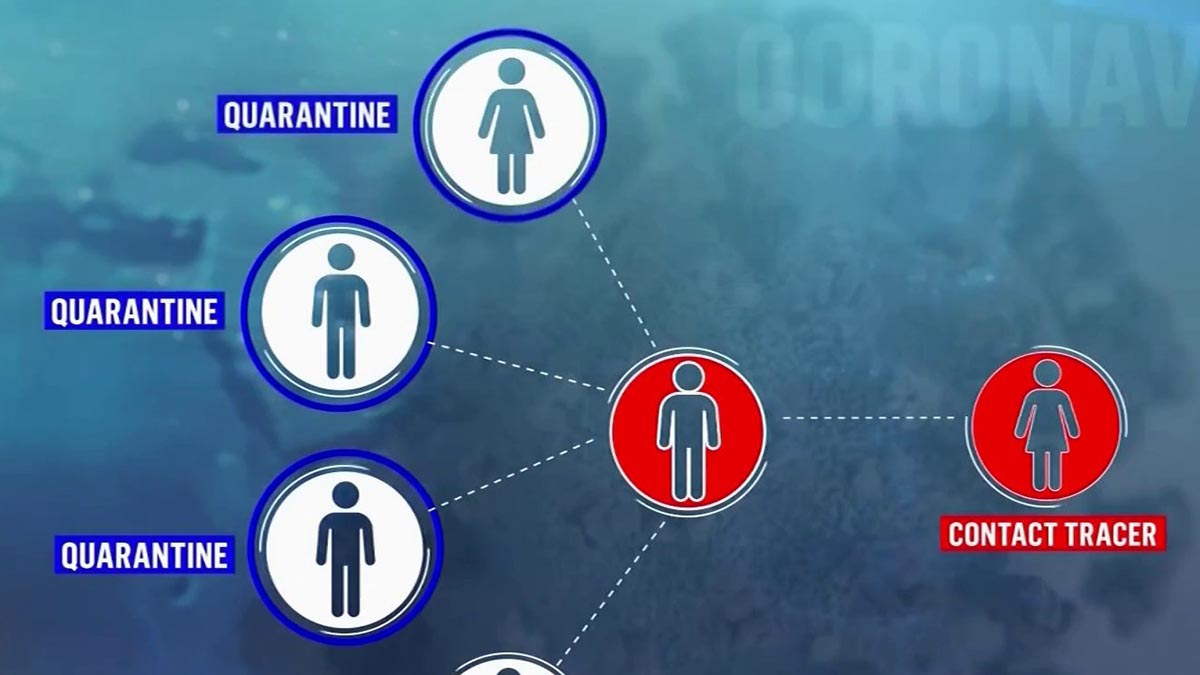 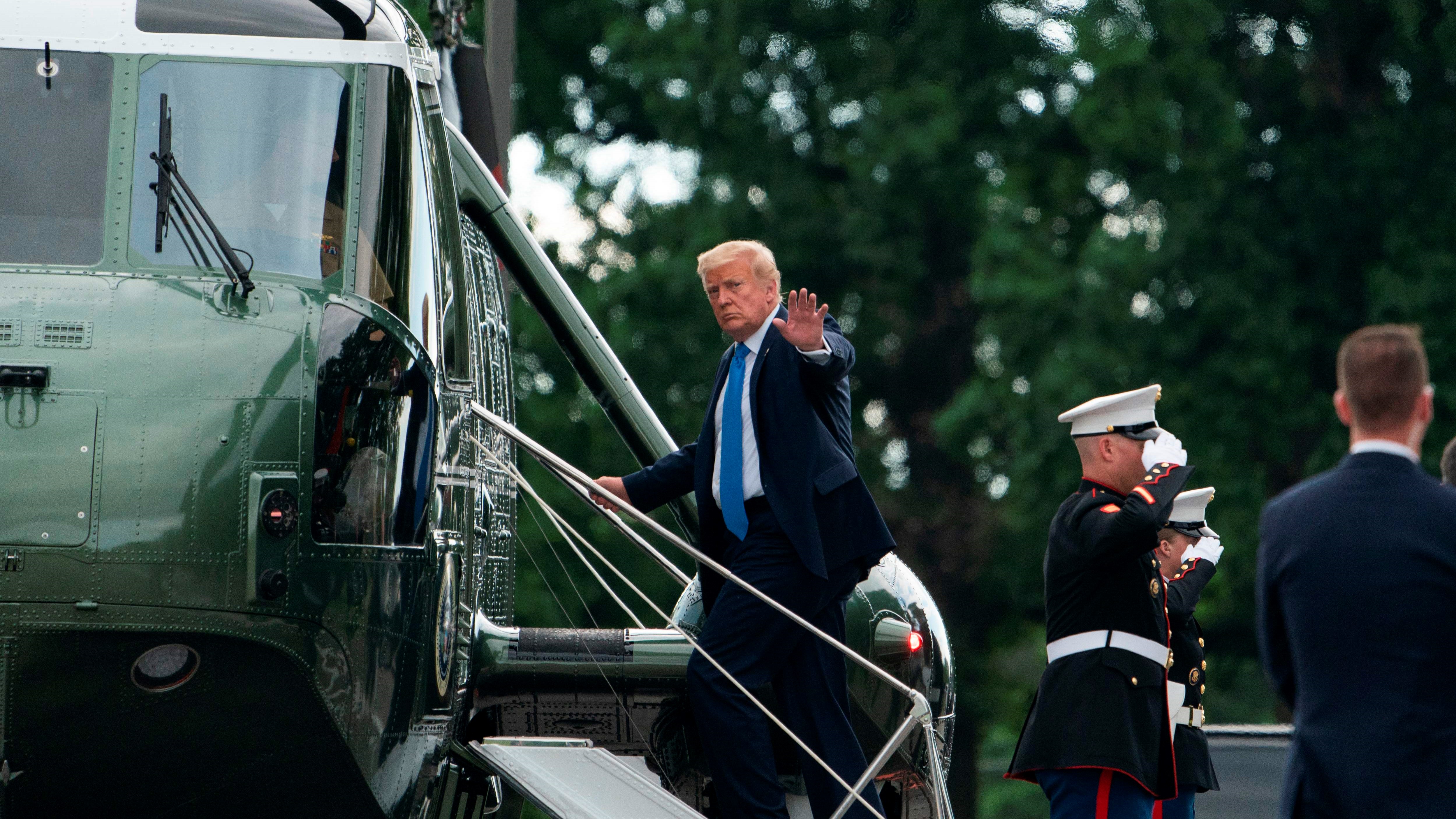 But international politics professor Dan Drezner of Tufts University's Fletcher School said that the administration should be planning for contingencies in case Trump takes a downturn.

"Sometimes what start like mild symptoms turn into very severe symptoms, like with Boris Johnson," he said.

Johnson, the prime minister of the United Kingdom, nearly died of the virus this spring after being hospitalized with COVID-19. He was the first world leader confirmed to have the virus, and his symptoms were initially reported to be mild.

The prime minister had been moved to intensive care on Monday due to "persistent" COVID-19 symptoms.