The district attorney's office said it is investigating a fatal incident at a food processing facility on Morgan Drive in Norwood; the victim has been identified as 68-year-old Richard J. Arguin, of Dighton.

Deadly levels of ammonia remained into the afternoon at a food processing facility in Norwood, Massachusetts, Tuesday, a day after a man was killed and another sent to the hospital after a leak of the gas, firefighters said.

Various resources were being called in to Home Market Foods on Morgan Drive to help ventilate the gas and address the leak, according to Norwood Fire Chief David Hayes. Heating, ventilation and air conditioning technicians had gone inside with protective equipment to assess the situation. It wasn't until late Tuesday afternoon that the levels were deemed safe again.

After airing out the building all night, officials are expected to try to get inside today, if the levels are low enough.

The U.S. Environmental Protection Agency was coordinating with state, local and federal agencies in the response to the incident, a representative said. She noted in a statement that federal law requires that companies "design and maintain facilities and systems to prevent the release of industrial chemicals and minimize the impacts of releases when they occur."

The building, from which 150 people were safely evacuated in the initial response, was aired out overnight in a bid to lower ammonia levels enough to get inside.

The ammonia leak occurred Monday, Norwood police and fire officials have said. The Norfolk County District Attorney's Office confirmed state police detectives were on scene at the industrial property to investigate the fatal accident, which was reported shortly after 11 a.m.

Hayes has said crews were on scene about seven minutes after the initial call. Given the reports that there were injuries, they tried to make entry into the building, but the "levels were too high" so they called in the state hazmat team and waited.

The chief added that the first hazmat technician was on scene within 20 minutes of his call. There was no danger to the surrounding area, and there was no need for further evacuations.

"The Norwood Fire Department, emergency services and police quickly responded, and evacuated the site," Home Market Foods said in a statement released Monday night. "We are thankful to them and are doing all we can to support them."

The Massachusetts Department of Fire Services classified the event as a Tier 2 Hazmat incident and confirmed it had deployed crews to support the Norwood Fire Department and hazmat technicians. The Occupational Safety and Health Administration and state fire marshal were both on scene, as well.

Hayes said crews did a complete search of the building, noting the search on the second floor had to be put off for a little while because the levels were higher there.

Ammonia is a colorless, toxic gas with a very distinct, suffocating odor. Fire Chief David Hayes says when it comes to the toxic gas, the amount considered deadly is 300 parts per million. Inside of the building, they had readings over 6,000 parts per million -- that's 20 times higher.

"It was very dangerous," he said. "We had to pull our people back, they tried to get to the victim that was left in there for quite a while, and we had to get the concentrations down."

A preliminary investigation reveals two men were working for an outside contractor in the vicinity of the ammonia leak when it first began, the DA said. Home Market Foods released a statement late Monday night saying the two men were HVAC contractors who were working at the Norwood plant when it appears an ammonia pipe was severed.

"They were doing nothing associated with the ammonia system," the fire chief said. "It was just an accident."

Norwood first responders were able to stabilize one man who had evacuated from the building on his own and he was taken to Good Samaritan Medical Center before being transferred to Massachusetts General Hospital for specialized treatment.

The second man did not make it out of the building and he was pronounced dead on scene. Authorities initially described him as a man in his 50s, but the DA identified him later Monday night as 68-year-old Richard J. Arguin, of Dighton.

"Our hearts go out to his family," the company said in a statement. "It is just so sad and horrific."

A CDL truck driver who was at the facility when the leak happened tells NBC10 Boston that he saw both of the workers and wanted to help, but the smell was very strong and he didn't know what was going on so he got back into his truck.

He says the man who survived was visibly injured and physically ill.

"You could tell from the guy that was on the floor, he kind of fell. He fell from some type of high area because his leg was messed up, his shoulder, and he was vomiting blood,” Jarrett Bennett said. "I know the one after him, he didn't make it."

“I feel bad for the man who is coming here to do a job and lost his life. At the end of the year, you know, around the holidays. That’s sad,” Bennett added.

The Norwood Fire Department said the leak was isolated to the building, and the state hazardous materials team was actively working to mitigate it. As of 4 p.m., the fire department said some progress had been made securing the leak.

"We had the plans but we had people that don't know the system that had to go in and try deal with it, so we shut them off early, we brought the HVAC guys in early, the refrigeration guys, they went up, we tried to shut it off from the outside of the building," the fire chief explained of the difficulties they encountered. "We didn't believe it was working, the levels were still higher and they weren't coming down, so we've gone back and shut off more valves. Basically because we can't let the plant people inside, it's just not safe for them, it was experimental, so it took us a while to get it completely shut off where we were satisfied." 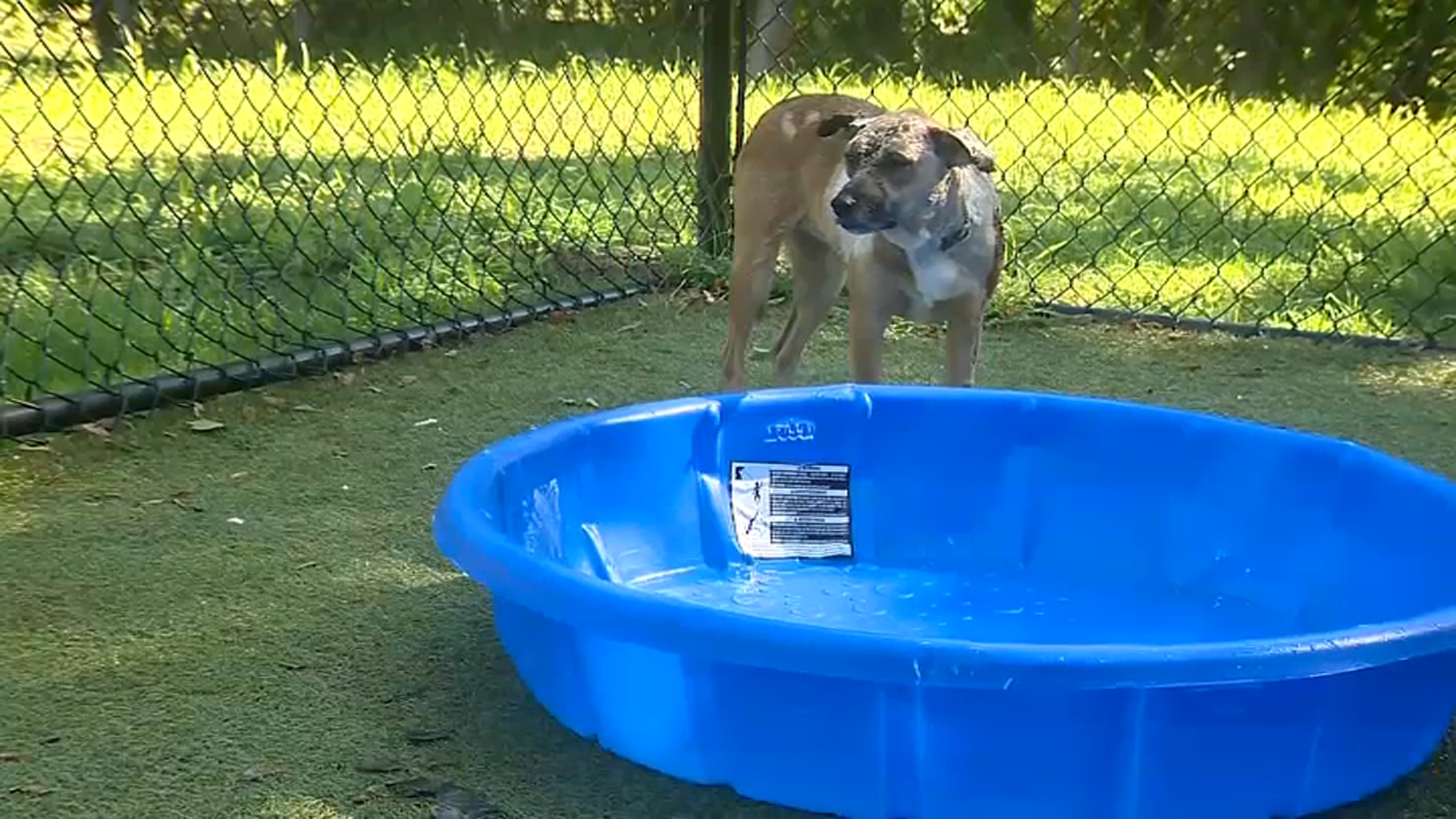 Dog With Severe Burns Found Along Route 1 in Norwood 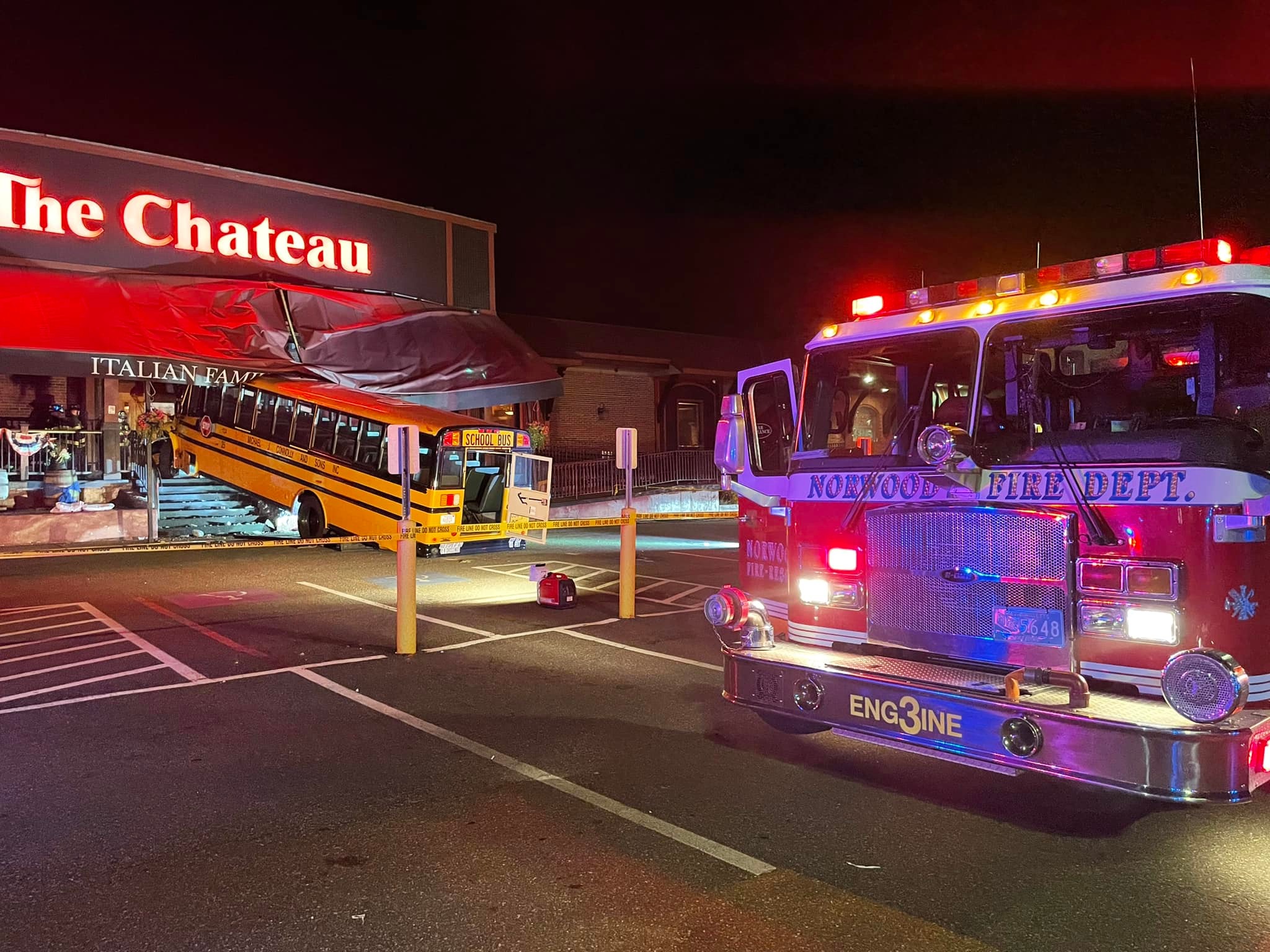 School Bus Crashes into ‘The Chateau' Restaurant in Norwood

When asked if an action caused the leak, the fire chief responded, "yes, yes, there were things going on, we think we know what it was, but I'm not at liberty to talk about that right now."

He characterized what happened as an "industrial accident" but said, "beyond that, I can't say."

"We do know where the leak is coming from, this is a hugely complex ammonia system for refrigerating all these meatballs and chicken wings and things they make here," he added. "The ammonia is the refrigerant for these giant freezers they have, so it's pretty common."

"It's a 21,000 pound tank that was leaking, we have no idea how much leaked," the fire chief explained. "There's no valves, basically all electronics in the area stopped working very quickly so we didn't have any of the controls."

"We don't see fatalities like that here in Norwood, industrial fatalities," he said. "We have a lot of injuries and that kind of thing in the area...but for somebody to be killed in this type of thing, it's tragic, it's tragic."

The district attorney said their initial investigation, which included reviewing video surveillance from within the facility, did not indicate any foul play in the man's death, however he cautioned that their investigation is in its very beginning stages.

Later Monday, the fire chief said it was "clearly not" foul play.

The DA added that investigators will not be able to enter the immediate area for some number of hours because the area within the building is still subject to "dangerously high concentrations of the noxious substance."

“The information that we have is that this is an incredibly dangerous situation for the fire, Haz-Mat and police personnel responding,” Norfolk District Attorney Michael W. Morrissey said in his statement. “We will be proceeding with this investigation as quickly as safety allows.”

According to the fire chief, the ventilation system was on Monday night and it was discharging the gas.

"The wind direction is out toward 95, so there's no residences or businesses out that way, so we're in good shape as far as that goes," he said.

Firefighters were on scene assisting the state hazmat team all evening, before it was decided to reconvene Tuesday.

"Hopefully the levels will retreat overnight and we will come back and clear the building tomorrow," the chief added.

The building was electronically locked down Monday night, the fire chief said, and police were expected to be on scene all night.

"No people on the property, no trucks, nobody, and then we'll reconvene tomorrow and test the building and make it safe," he said.

Home Market Foods said a determination about when staff can return to the building will be made in conjunction with the fire department after comprehensive testing, as the company's "utmost priority is to ensure the health and safety of our employees."