Under the public health order issued Tuesday, property owners and landlords cannot "serve or cause the service of notice of levy upon an eviction, or otherwise enforce a residential eviction upon a resident of Boston"

Landlords and real estate industry leaders criticized a new citywide eviction moratorium in Boston, contending that it would slow the region's economic recovery from the pandemic amid rumblings that a potential legal challenge might soon take shape.

The Small Property Owners Association, a landlord group that led the successful push for a ballot question banning rent control in 1994, said Wednesday that the new temporary ban Mayor Kim Janey announced a day earlier "will do little to solve the challenge of keeping tenants in their housing and will continue to unfairly burden rental housing providers."

"Small property owners are small business owners who still must pay expenses and property taxes while being denied the fundamental right to manage their own properties," SPOA said in a statement. "Government should not foist the responsibility of housing non-paying tenants on (the) backs of rental housing providers -- especially without offering any direct assistance or compensation."

Under the public health order issued Tuesday, which took effect immediately and cites the city's ongoing public health emergency, property owners and landlords cannot "serve or cause the service of notice of levy upon an eviction, or otherwise enforce a residential eviction upon a resident of Boston." Some cases where a court has found health and safety violations by a tenant are not covered by the moratorium.

Janey linked the order and a separate $5 million foreclosure prevention fund she is establishing to a U.S. Supreme Court decision last week, which lifted the Centers for Disease Control and Prevention's federal eviction moratorium.

"The loss of federal eviction protections and the ongoing pandemic has put our most vulnerable neighbors at risk of losing their homes," Janey said.

Greg Vasil, president and CEO of the Greater Boston Real Estate Board, told the News Service on Wednesday that the city-level policy "sends a message that you don't have to pay rent because the mayor took care of you."

Vasil said he worries the moratorium will stymie efforts to connect Boston tenants behind on rent payments with the hundreds of millions of dollars that remain available through the Residential Assistance for Families in Transition program, or RAFT, and other forms of rent relief.

"What this does is it incentivizes people not to engage with their landlord and not to apply for RAFT and not to do all the things we've been preaching for the past six months now that we have this money," he said. "We've been through this, and it's wrong. Now we have money, a lot of money we've been trying so hard to get out."

Amid calls from President Joe Biden for action to prevent evictions at the state and local levels, Gov. Charlie Baker and legislative leaders have opted not to revive a statewide eviction moratorium. Their focus has been on a diversion initiative launched last year to connect renters and landlords with aid dollars and legal resources.

A bill that would reimpose a temporary ban on executing evictions, require landlords to exhaust all rental assistance options before pursuing a COVID-related eviction, and order the Baker administration to simplify the process to apply for aid (H 1434 / S 891) remains pending before the Housing Committee after an Aug. 12 hearing hearing. 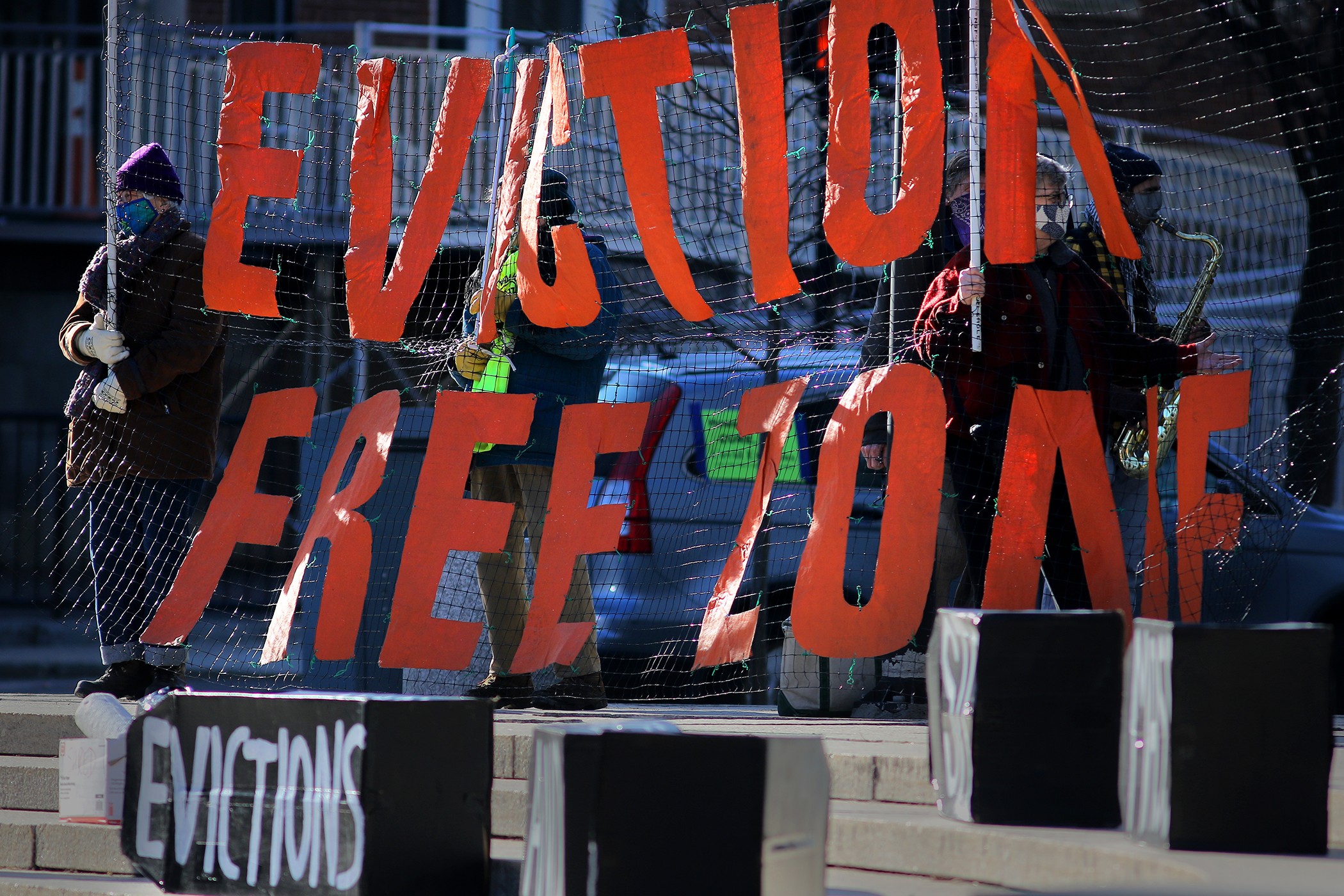 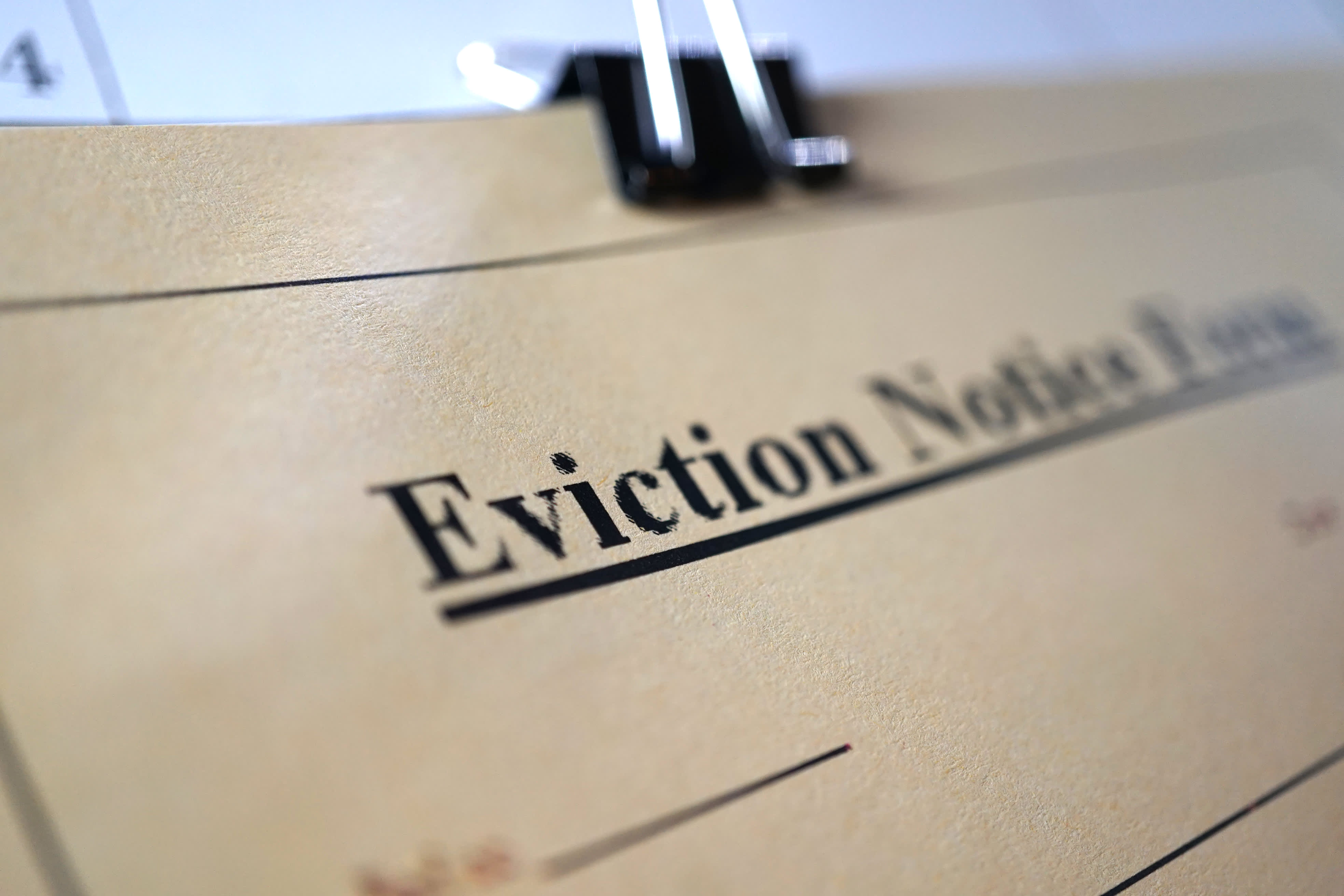 The National Eviction Ban Is Over. But Renters Still Can't Be Forced Out in These States

Somerville also has a citywide eviction moratorium in place after its Board of Health extended the policy until Sept. 15.

Massachusetts had a statewide temporary ban on removing tenants from April 2020 to October 2020. Vasil said while that provision was "one of the most restrictive in the country," it was easier to manage than the current landscape where some municipalities have eviction bans and others do not.

"Patchwork definitely makes no sense," he said. "If you're going to do something, it needs to be uniform across 351 cities and towns. Evictions really are a state issue."

It was not immediately clear Wednesday if Janey's eviction moratorium would draw a lawsuit, but real estate and landlord groups so far have not ruled such a move off the table.

Asked if the organization was planning a legal challenge, SPOA President Allison Drescher replied, "We are talking with business leaders and our membership to consider all credible options. But we don't have anything further on that at this time."

Vasil said the Greater Boston Real Estate Board itself does not have standing to file a lawsuit, adding that he thinks there "probably will be" an individual property owner who wants to challenge the moratorium.

Richard Vetstein, an attorney who last year represented three Massachusetts property owners in a federal lawsuit against the state's eviction moratorium, said in an email on Wednesday he has had "some discussion" with landlords about a potential lawsuit.

SPOA leaders say their group has received calls "daily" from owners choosing to sell their property in the face of government mandates and unpaid rents.

"In order for the current economic structure to function, we must revert to pre-pandemic market conditions," SPOA said. "Now placing the responsibility on housing providers, already unable to directly apply for available rental assistance dollars, to challenge a decision already ruled on by the Supreme Court of the United States is irresponsible and is already impacting available affordable housing units which are sorely needed in The City of Boston."