A peaceful Boston protest over the death of George Floyd Friday turned violent, with demonstrators and police clashing and several people arrested.

The protest in the South End, which initially drew about a thousand people, resulted in 10 arrests, the Boston Police Department said. But it didn't result in the fiery property damage seen elsewhere around the country Friday night as anger about Floyd's death in Minneapolis police custody boiled over.

Boston's protest, organized by the Massachusetts Action Against Police Brutality, began about 5 p.m. at Peters Park in the South End. Organizers asked participants to wear masks and practice social distancing.

Things were relatively peaceful during Thursday's demonstration in Dorchester, but tensions rose Friday. Protesters and police with face shields and truncheons were seen on camera pushing and shoving before pepper spray was used.

Among the demonstrators' chants was “not one more,” a plea that not one more person of color be killed while in police custody.

Floyd, a black man, died Monday after a confrontation with Minneapolis police, which was captured on widely seen citizen video. On the video, Floyd can be seen pleading that he can’t breathe as Officer Derek Chauvin, who is white, kneels on his neck. Four police officers have now been fired, and Chauvin was arrested Friday on charges including third-degree murder.

"It's our mission to make sure that the next generation coming after us are going to be living in safe, sustainable places and not having to deal with racism and discrimination," said 17-year-old protester Nikkia Jean-Charles.

Boston City Councilor at Large Julia Mejia said Friday that a resolution had been filed to support federal condemnation of police brutality.

"It's horrifying, but that type of thing happens even when the camera is off," protester Kaj Berryman said Thursday.

"We've got to look at our justice system and say 'no more,' that black people are respected, that their lives aren't taken away — they are not murdered by armed officers that are going rogue," said the Rev. Joseph Rocha, a Boston community advocate.

People in Boston and across the country are calling for change after George Floyd was killed by police in Minneapolis.

"There is nowhere in any of our training manuals that leaning on someone's neck is a proper procedure to quell an arrestee's behavior," said Gross.

"I'm deeply disturbed by the death of George Floyd and my heart breaks for his family, for Minneapolis, and Black Americans everywhere," Boston Mayor Marty Walsh tweeted. "As leaders we must reflect on and learn from this tragedy and the history behind it."

"I know how much more painful it is for black and brown Americans in Minneapolis, across our country, and right here in Boston to see the footage and have to talk to your children about it and to ask, once again, if this kind of injustice will ever be put behind us," Walsh said.

The mayor is calling for a virtual prayer vigil Saturday afternoon in response to the acts of violence and racism.

"If there was ever a moment to acknowledge injustice, and, more importantly, recommit our nation to eradicating it, it's right now," Walsh said.

"I guess what I would say is that there are only two real emotions I think most people can draw from that," Gov. Charlie Baker said Thursday. "One is outrage and the other is dismay. It never should have happened and I'm glad the federal government is investigating and I expect and anticipate the state of Minnesota will too, and they should."

More on the Killing of George Floyd Minn. Gov: State Response to Floyd Protests Has Been an ‘Abject Failure' 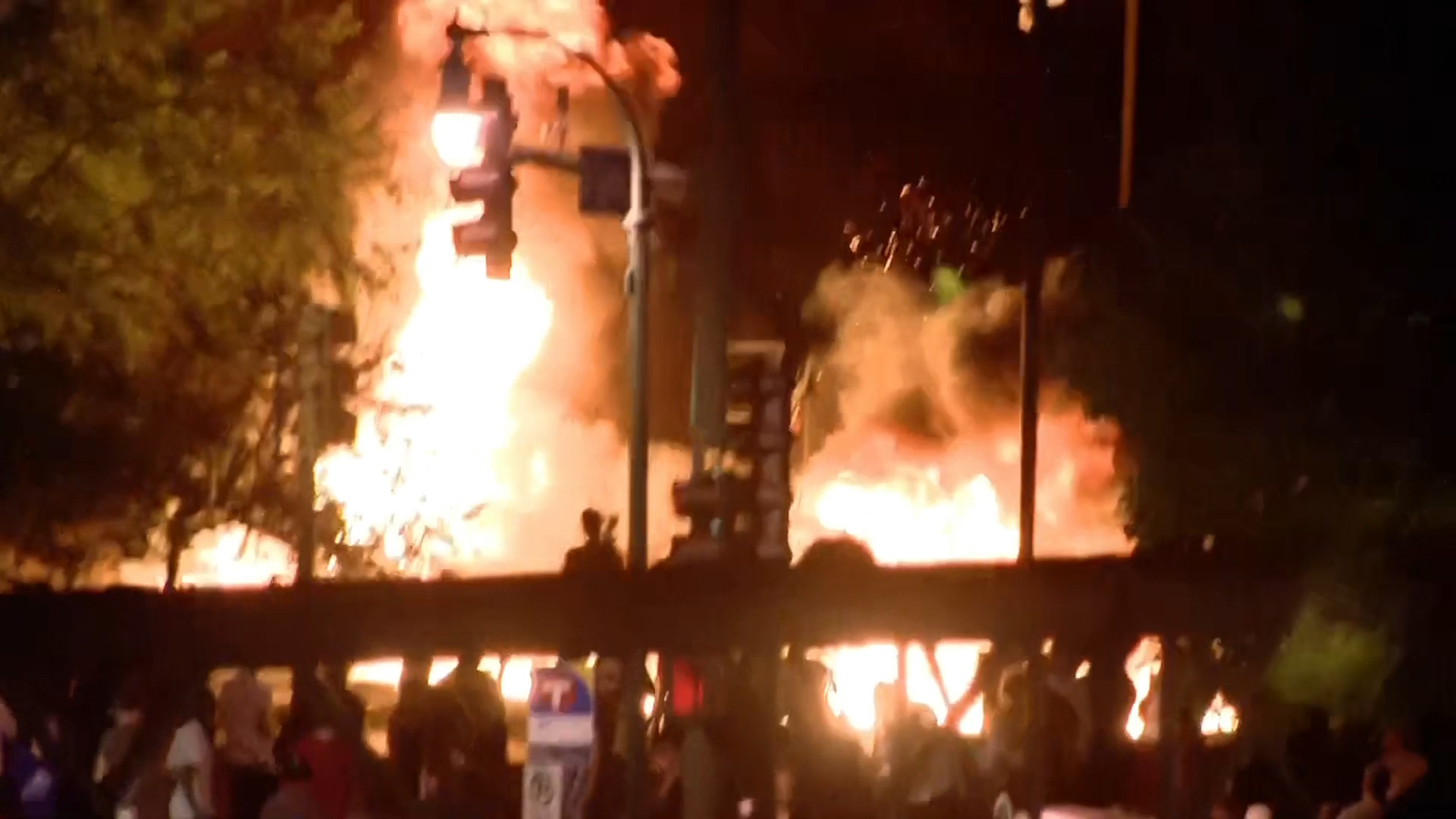