Region to See a Couple Rounds of Snow Before Polar Plunge

An area of low pressure tracks through New England, bringing rain, a mix and snow for some. An arctic front passes through Wednesday triggering snow squalls followed by arctic temperatures and brutal wind chills by Thursday.

Snow filled in Tuesday evening and reached Worcester County and the Merrimack Valley between 7 and 8 p.m. A wintry mix arrived in Boston between 8 and 10 p.m. By 11 p.m., southeastern Massachusetts and the south coast saw rain, a mix across Hartford, Providence, up through Boston, and snow outside Interstate 95, into higher elevations and northwest.

This will be an all snow event for Vermont, New Hampshire and Maine (except on the coastlines). Overnight, the same areas continue to see light accumulations of snow northwest, light rain southeast. 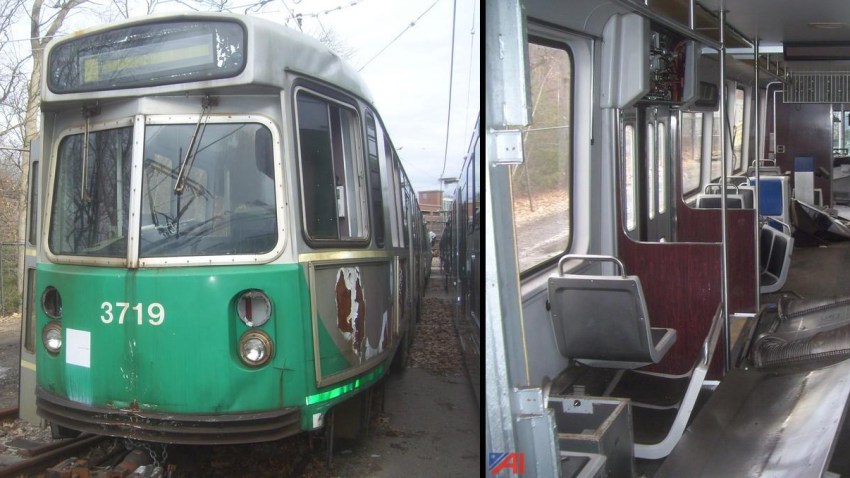 Ever Dreamed of Owning Your Own MBTA Car? Now You Can

The system wraps up across western New England prior to sunrise. The last few showers, mix, snow showers taper off between 4 and 6 a.m. Higher elevations in northern New England will continue to see light snow through the afternoon.

We will see a coating to 1 inch of a mix through northern Rhode Island, central Connecticut, eastern Massachusetts -- including Boston, and along the New Hampshire and Maine coasts. One to two inches will fall as you go farther northwest, northern Connecticut, central Massachusetts, and southern New Hampshire. The Worcester Hills through lower elevations across Vermont, New Hampshire, and interior Maine will see 3 to 5 inches. The Berkshires, Green and White Mountains will see 6 to 9 inches through dawn on Wednesday.

An arctic front moves through New England Wednesday afternoon. Between noon and 8 p.m., snow squalls are possible as the front passes from west to east. Quick accumulations (1-3 inches), gusty wind, whiteout conditions accompany these squalls. If you happen to be driving around, you may see sunshine, then it quickly turns to a whiteout in a squall. It will be dangerous driving conditions, but these are very hit-or-miss.

The wind gusts will be strong from the southwest for a brief time across Cape Cod and the islands. Gusts up to 50 mph are possible Wednesday afternoon and evening. Across the interior our winds gust between 30 and 40 mph from the west, ushering in the polar air by Thursday morning.

Lows will be around zero Thursday morning and wind chills will be -30 to -15. It won't be warming up much during the afternoon with highs in the teens, single digits north. However, wind chills will still be subzero.

Temperatures already rebound a bit from the arctic air mass on Friday. It will still be cold with highs in the mid-20s and mostly sunny. Highs will be around 30 Saturday and low 40s Sunday.

Next week we will be dealing with multiple rounds of rain as highs soar to the low and mid-40s. A wintry mix will also be possible overnight during these systems as they track just north of New England.