The daughter of Massachusetts Congresswoman Katherine Clark appeared in court on Monday morning to face charges including assault and damaging property with graffiti after being arrested over the weekend.

Riley Dowell, 23, was released on $500 cash bail and ordered to stay away from Boston Common, where she was arrested Saturday night. A not guilty plea was entered on her behalf.

Dowell's arrest was announced by her mother on Sunday. The arrest came after a group of protestors gathered at the Parkman Bandstand Monument in Boston Common, the city's police department said in a news release.

The police account of what happened includes an allegation that Dowell hit an officer as she resisted being arrested.

Clark was not in the courtroom for her daughter's arraignment Monday, but after issuing the statement on the arrest Sunday, Clark answered a few questions about what happened Monday.

"I have full trust in the legal system — this case is before it — and I have confidence there will be a fair outcome," she said.

Boston police officers were called to the reported protest around 9:30 p.m. on Saturday.

Dowell allegedly spray painted "NO COP CITY" and "ACAB," which is an anti-police acronym, onto the monument. When officers were arresting Dowell, police said, a group of around 20 protestors began to surround officers, "while screaming profanities though megaphones on the public street causing traffic to come to a standstill."

One officer was hit in the face and was bleeding from the nose and mouth while arresting Dowell, according to the Boston Police Department, but the agency did not initially specify who was accused of striking the officer.

But a police report filed in court paperwork shared new details, including that the protesters had gathered in solidarity with a person killed by law enforcement after allegedly shooting a state trooper in Atlanta, according to police.

Dowell was seen on surveillance cameras spray-painting the Parkman Bandstand, then spotted by officers searching for the group of protesters, according to the police report. When one officer told Dowell to stop at the intersection of Boylston and Tremont streets, Dowell allegedly tried to get away by swinging her arms violently, hitting the officer.

A group of officers were able to place Dowell under arrest after a brief struggle.

Dowell faced numerous charges, including assault by means of a dangerous weapon, destruction or injury of personal property and damage of property by graffiti/tagging.

The officer struck during the struggle was left bleeding from the nose and mouth, according to the police report. NBC10 Boston has reached out to Boston police about the officer's condition.

Boston police said they arrested a second person at the monument around an hour later on Saturday night, identified as Andrea Colletti, 27, of Brighton. Colletti was facing several charges, including damage of property by graffiti/tagging, destruction or injury of personal property and resisting arrest.

"I did not resist arrest," Colletti said.

They denied resisting arrest and confirmed the group's protest was over the Atlanta shooting.

Clark, the House Minority Whip, released a statement on Sunday night, saying "I love Riley, and this is a very difficult time in the cycle of joy and pain in parenting."

"This will be evaluated by the legal system, and I am confident in that process," her tweet continued.

At an event in Watertown Monday afternoon, Clark mostly stuck to the statement she released, but she did offer more thoughts in response to reporters' questions.

She noted that she has always worked to ensure "that every single person in every single ZIP code has an assumption of safety in their communities," adding, "police are critical partners in that work." 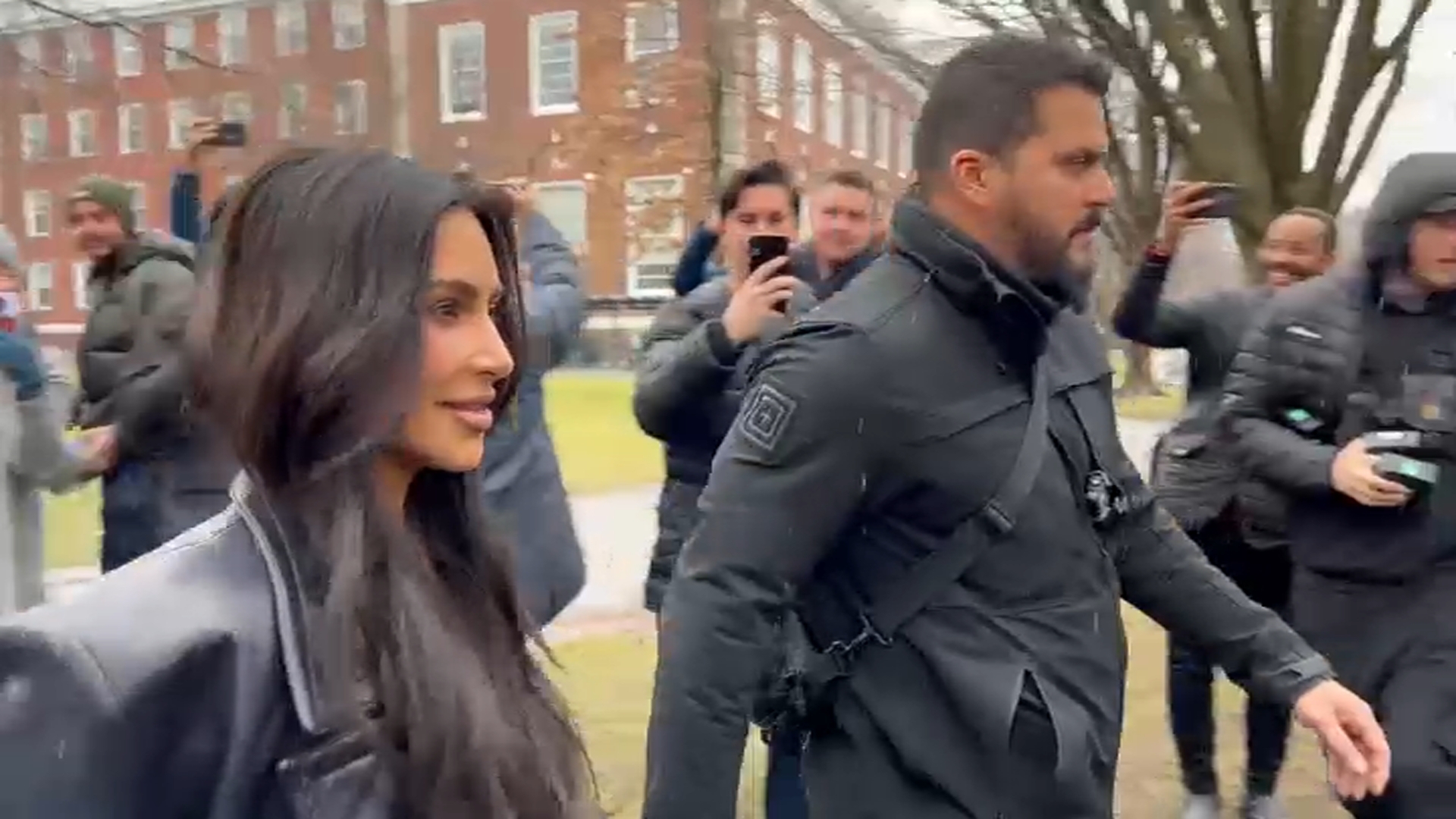