Residents in Plymouth, Massachusetts, are raising concerns about the security of a new state-run detox facility after more than a dozen people escaped in one month.

In its first month since relocating, 13 patients have taken off from the minimum security Massachusetts Alcohol and Substance Abuse Center, which just moved to the site of a former prison in the woods of Myles Standish State Forest.

“They’re going to need a fence first of all,” said Dan Ross, a hiker who frequents the woods near the facility. “They should have put the fence up first.” 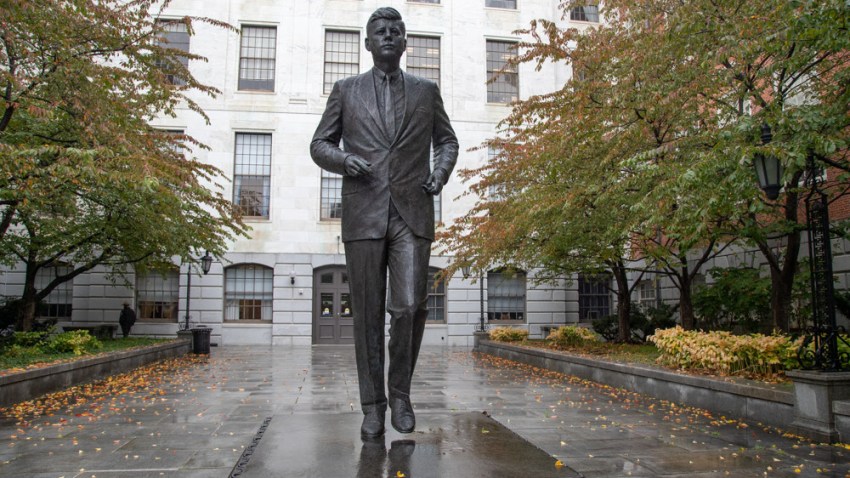 Kennedy Statue On the Move 30 Years After Its Unveiling

Because the facility is minimum security, patients can just walk away.

People who use the sprawling state forest that surrounds the facility say they’re not sure what an escapee may be capable of.

“One of these guys is going to be desperate,” said John Jankowski who has hiked in the woods. “They’re going to do something foolish or stupid, to somebody that’s in the surrounding neighborhood here.”

A fence around the program’s buildings will go up in about three weeks.

They’re increasing staffing as well and repositioning corrections officers to keep better tabs on the patients.

“I think the state had a plan that wasn’t very well thought out,” said Jankowski. “To house these people that don’t want to be here in a facility that has no fences.”

All of the men who have escaped were tracked down within hours each time. However, that takes a lot of manpower, including helicopters and K9 teams.

Corrections officials say the changes are to protect area residents and the patients themselves.

The patients only wear hospital scrubs, they have no cell phone or identification, and could easily get lost in the woods.