NBC10 Boston is launching a new weekly series to answer your questions about the Russia-Ukraine War. The series will be live on NBC10 Boston's Facebook page every Wednesday at 10:30 a.m., and will be posted at NBC10Boston.com later in the day.

Hosted by digital reporter Mary Markos, the discussion will focus on the latest developments around the conflict, featuring three local experts. Email your questions to ukrainequestions@nbcuni.com and they may be featured in the series.

Oleh Kotsyuba, PhD and manager of publications at Harvard University's Ukrainian Research Institute, works as a scholar and conducts his own research with a focus on literature that struggles to come to terms with the experience of living in authoritarian contexts. Kotsyuba also directed the creation of a new website for the University's journal of Harvard Ukrainian Studies.

Mai’a Cross, PhD, is a professor of political science and international affairs in the College of Social Sciences and Humanities at Northeastern University. The author of several books, Cross researches international cooperation, especially in the areas of European foreign and security policy, epistemic communities, crises, diplomacy, and public diplomacy.

Pablo Calderon Martinez, PhD, is an assistant professor in politics and international relations at the New College of the Humanities at Northeastern University. Pablo’s research interests lie in the intersection between economic internationalization and democratization processes. He is the author of NAFTA and Democracy in Mexico: A Successful Failure?

We take a look at the history of Ukraine’s rocky relationship with Russia and why Russia is taking aggressive action against the country.

How did we get here?

During the first episode of the series on Wednesday, the three panelists explained how we arrived at this moment and what led up to the Russian invasion of Ukraine.

It all really started in 1991 if you want to go as far back when the Soviet Union collapsed following a referendum in Ukraine about Ukraine's independence. And so once Ukrainian citizens overwhelmingly voted to become independent of the Soviet Union, basically that project collapsed and there was an agreement about the dissolution.

In the process of all that, Ukraine inherited a large nuclear weapons arsenal. At the time that was the third largest nuclear weapons arsenal -- it was bigger than China and France and the U.K. combined, for example. And so you crank it up -- that nuclear potential, following the pressure from the United States and Russia, in return for which they receive security assurances within the so called Budapest Memorandum of 1994.

Russia was one of the signatories of that memorandum as well as the United States, the United Kingdom, later France, China and other countries signed it as well. So within the kind of debt separation process from the Soviet Union, Russia recognized the borders of Ukraine at the time, which included Crimea, included all of Eastern, basically following the borders that were at the time of the Soviet Union's dissolution in 1991 for the Ukrainian Socialist Republic.

Of course, the paths of both countries in my view diverged rapidly after 2000 when [Boris] Yeltsin handpicked Vladimir Putin to become his successor. And he was then elected and kind of took over the country. Putin has always tried to reestablish Russia's influence in the near abroad.

In 2004, when there was this Orange Revolution in Ukraine that was really a popular uprising against voting irregularities and attempts to rig elections at the time in Ukraine, Putin took it personally because he supported the pro-Russian candidate.

The U.S. is closing off airspace to all Russian flights, President Joe Biden announced during his State of the Union address.

Later on in 2013, 2014, when the guy who was running for the president at that time, the pro-Russian president, Viktor Yanukovych, refused to sign cessation agreement, which was basically a trade agreement with the European Union. And so people self-organized and went onto the streets and started protesting and that grew into the Revolution of Dignity of 2013-2014.

But of course, those of us who specialized in the region, who specialized in the country, who talked to those people, who have friends and colleagues there, understand that was a true grassroots movement. In fact, a unique example, I think, in recent history of a republic, organized from the ground up by the people, and you know, who ran it all without any kind of distinct leadership from a political party.

Following that, of course, when the pro-Russian president was ousted from the country, I think that Putin reacted impulsively and used the moment to annex Crimea. The Ukrainian army was demoralized at the time, there was a power vacuum in Ukraine, there was no election yet. The Parliament kind of planted an interim president at the time, and so on. So there was a lot of uncertainty.

And so using that moment, Putin annexed Crimea and then stoked the separatist movement in the eastern Ukraine, which is, you know, Russia sponsored, Russia financed, Russia, you know, weaponized, and so on. And so since then, you know, this is kind of the latest escalation in that in that moment.

Most historians see this as kind of this long dissolution of the Russian Empire that began in 1917. Whether that is the case or not, I guess the time is going to show, but definitely this is just the latest escalation in that long, long, conflict.

There was, I think, a crucial turning point around 2008 for Putin. So there was actually a period of time under Putin's leadership in which Russia was moving closer to the west. There was talk of, you know, visa free travel between Russia and the EU, maybe even EU membership, close cooperation between NATO and Russia, joint military exercises with NATO and Russia.

So you see this kind of dramatic turning point in 2008. And as was already discussed, this insecurity Putin had in terms of whether he could maintain his power and sort of stem the tide of democratization. And so at that point when he goes into Georgia and starts showing true military aggression, he really turned away from the west. And this was a point at which there was quite a lot of concern, particularly in NATO and the European Union.

So for me, I would actually really emphasize in addition to the history we just heard, the draw of EU membership for Ukraine. When there was the protests in 2014, the Ukrainian people were waving EU flags and EU diplomats quickly reacted. They were there on the scene. It was a bit of a quieter diplomacy.

But the idea was to really support Ukraine and bring it towards eventual EU candidacy, which we see being discussed today. So they did sign an Association Agreement, which is kind of a first step in that direction. So I think really what we see here is turning point in 2008, really indicating Putin's fear of democracy and the kind of allure of the soft power of the European Union, which was very, very clearly on display in Ukraine.

It made it a little bit easier to challenge the West, in many, many fronts, in many different ways. And, you know, the West has been relatively slow to react and I think we're seeing some of the results of that.

It's very good to see now how really the European Union in particular, together with the United Kingdom, they put aside their differences for a moment to come together to fight Russian aggression.

But I do think there is an issue there about how perceived weakness, whether real or imagined, by Putin -- some of it is real, I suspect -- has really encouraged and has really emboldened Vladimir Putin to do what he's doing now. And yeah, I think that's very, very sad to see. 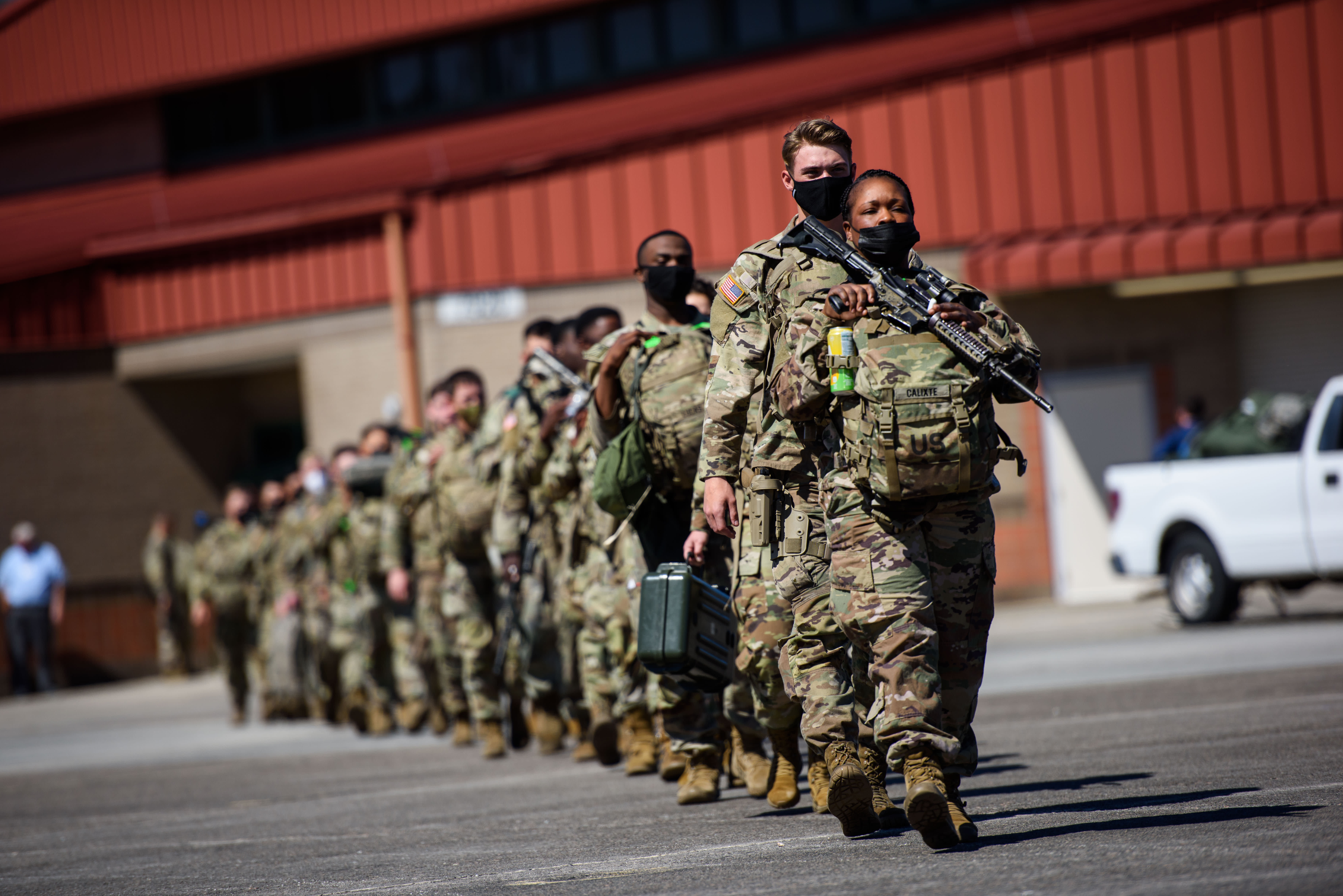 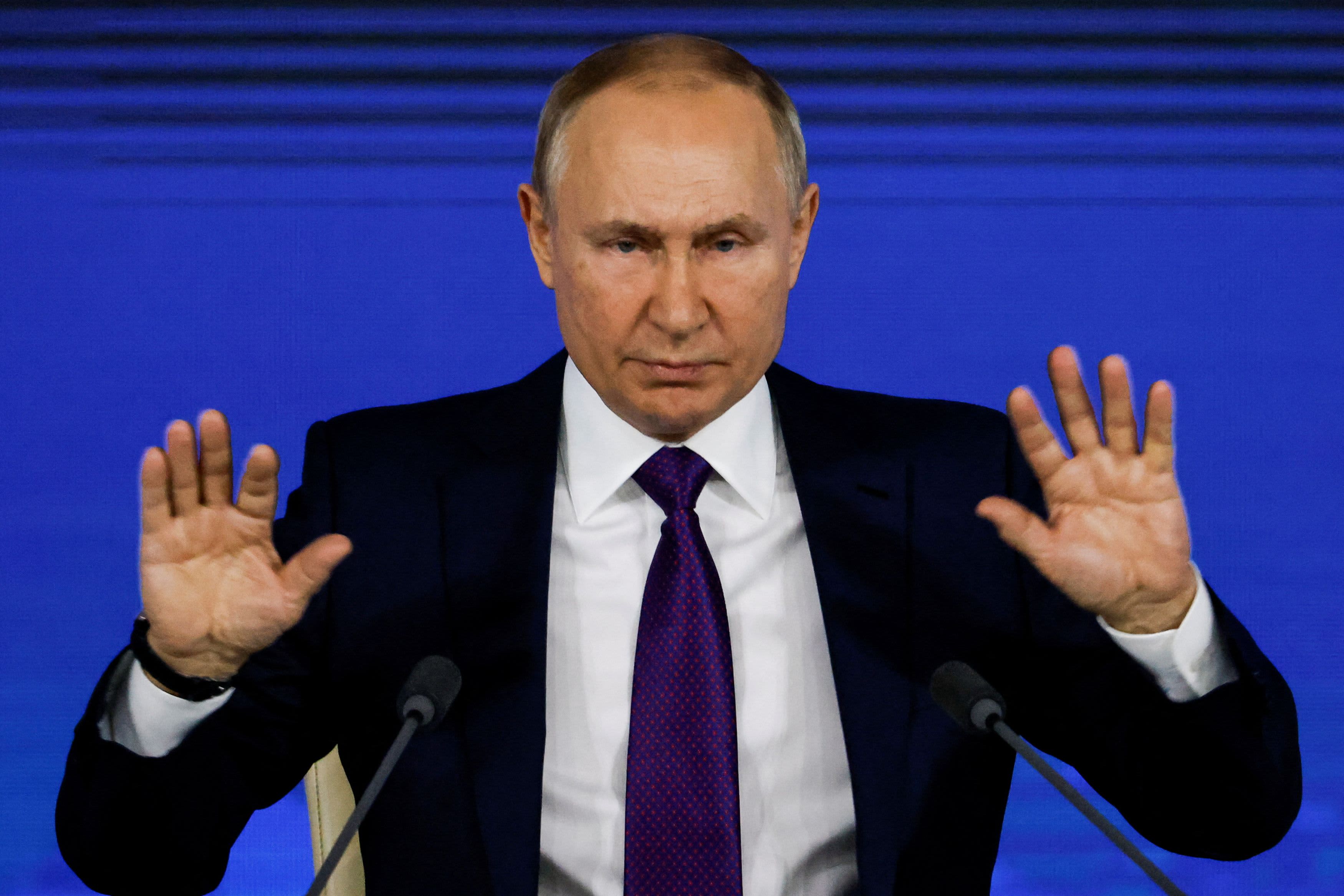 Putin's Obsession With Ukraine Has Made Analysts Question His Rationality