Seventy-two-year-old Marie Rose Bien-Aime died after a driver left the scene of a hit-and-run crash, according to police in Brockton

While Massachusetts police continue to search for the driver in a fatal hit-and-run crash, a Brockton family is mourning the loss of their loved one.

Seventy-two-year-old Marie Rose Bien-Aime was struck and killed around 7:15 p.m. Tuesday on Pleasant Street, according to Brockton police.

"My dad is very sick. And I have to tell my dad, my mom got hit by a car," said Bien-Aime's son Marc.

In addition to a sick husband, Marc Bien-Aime said his mother leaves behind 11 children, and siblings in Haiti.

"I don't know how I'm going to explain to my sisters and brother in Haiti that my mom got killed," he said Wednesday.

Marc Bien-Amie said his mother was walking home from babysitting children when she was killed.

Dilce Ribiero, a nurse who lives near the scene, said she ran to help when she heard the crash.

Area resident Shaun Banion said he saw shoes, then the victim's body, lying in the middle of the road as he was driving by.

"I saw what looked like a foot out of the corner of my eye, and I looked over and thought, 'That couldn't have been a real foot,'" he said. "Turned down this street and turned around a saw a whole body and was like, 'Oh my god.'"

The driver fled the scene, according to police.

The Plymouth County District Attorney's Office released a photo Wednesday of a possible vehicle that hit Bien-Aime. The vehicle is green and would have a broken tail light, authorities said.

A woman was hit and killed by a vehicle in Brockton, Massachusetts, and the driver fled the scene.

"I didn't know what to think, so I immediately called the police while I was in the car and called the paramedics, got up, looked over and asked the person if they were OK and no response," Banion said.

"I can't unsee it, let's put it that way," he said. "I tried going to the gym, trying to get a workout, I couldn't even get that right, just, the the image is burned in my memory. Probably going to stay there for a while."

The Plymouth County District Attorney's Office is investigating alongside state and local police. 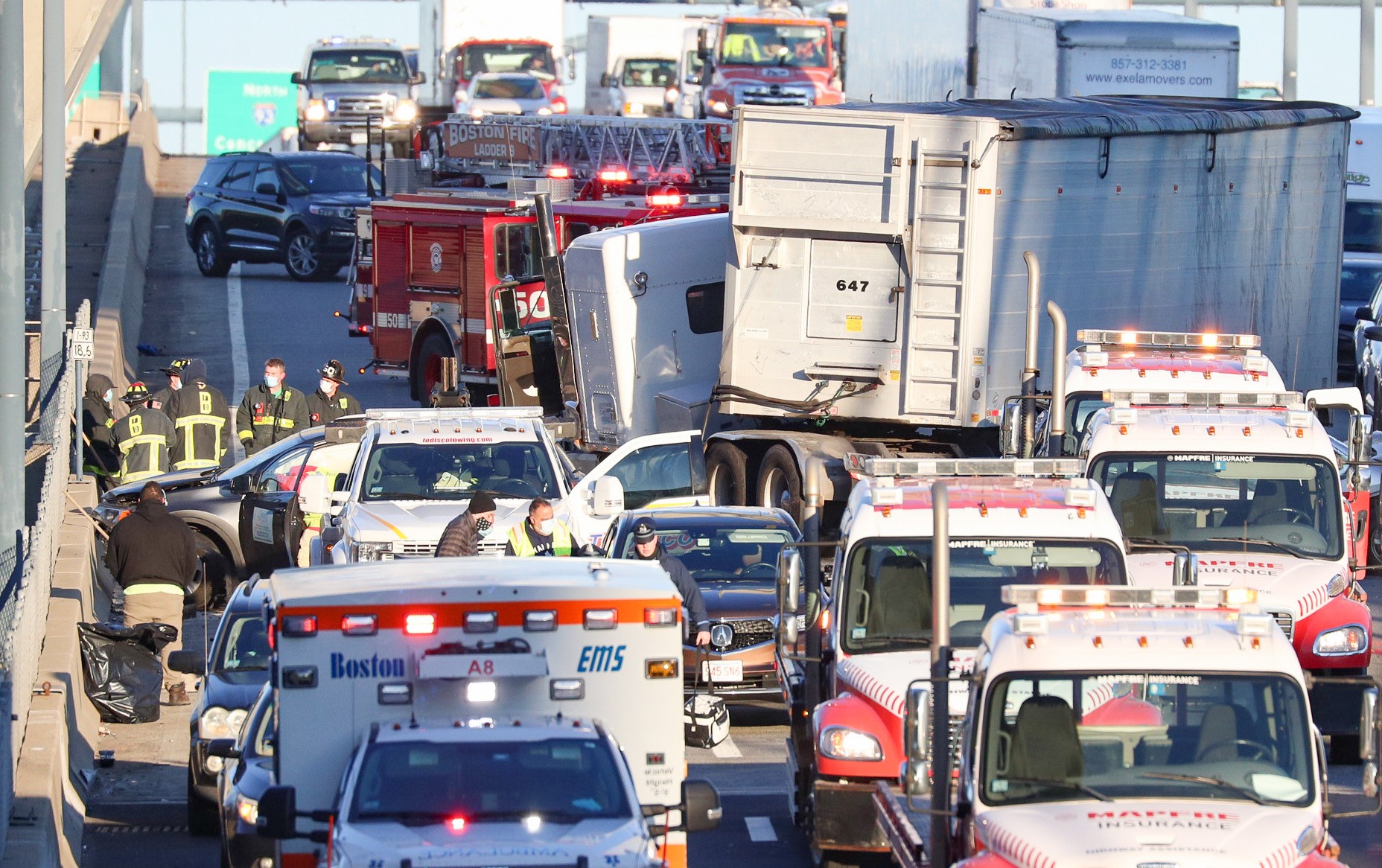 Long Lines, High Demand for Coronavirus Testing Ahead of the Holidays