U.S. Sen. Elizabeth Warren promised fellow Massachusetts Democrats at their annual state convention Saturday that in her quest for the White House, she'll keep fighting on the issues that first propelled her into Senate.

Defeating President Donald Trump is critical, Warren said, but the party needs to talk about what's broken in the country, from racism to the growing gap between the wealthy and the middle class.

Warren stepped gingerly around the possible challenge to U.S. Sen. Edward Markey by U.S. Rep. Joe Kennedy in next year's Senate race. Kennedy has said he is weighing a run but has yet to make a final decision. 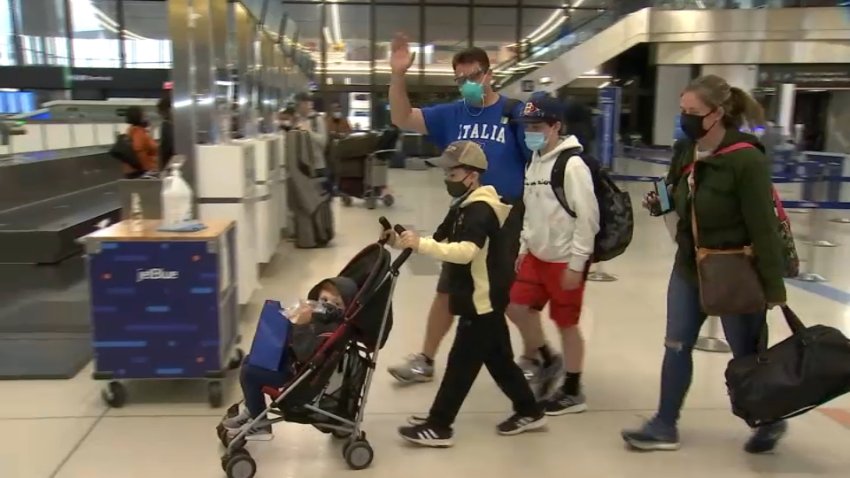 Warren has endorsed Markey and called him a partner, but she also spoke highly of Kennedy, one of her former Harvard Law School students.

Warren hit on familiar themes in her address to the home state crowd.

She pledged to expand Social Security with a $200 increase in monthly checks, make it easier for workers to join unions, pass a "wealth tax,'' provide universal child care for every child through age 5, and "pass the biggest anti-corruption plan since Watergate.''

She also urged Democrats to think beyond just defeating Trump.

"This dark moment requires more than being 'not Trump,' because a country that elects someone like Donald Trump is a country that is already in serious trouble,'' Warren said. "We need to talk honestly about what's broken in America, but even more than that we must show America that we have plans to make big, structural changes to fix what's broken.''

Before addressing the convention, Warren told reporters she has a good relationship with Markey and Kennedy.

Warren said has spoken with Kennedy since he raised the possibility of challenging Markey, but she declined to detail what she described as a private conversation.

She also said she will release her medical records before February's Iowa caucuses.

"The medical records will be there, and anyone's welcome to take a look at them,'' she said.

Markey also addressed the crowd, hitting familiar notes, from warning about the inequality gap to calling for Medicare for all to changing the criminal justice system. He was also quick to point out his endorsement by Democratic U.S. Rep. Alexandria Ocasio-Cortez of New York. The two have worked to push for the Green New Deal initiative.

"The Green New Deal will be the greatest force for blue collar job creation in a generation,'' Markey said.

The longtime Democratic member of Congress also said he plans to run hard for reelection, even if Kennedy jumps in.

"I run every day on the issues that I've been fighting for throughout my career and that I'm continuing to fight for right now on the floor of the Senate. That's women's reproductive rights, climate change, gun safety laws, income inequality _ and I'm going to continue to campaign on those issues,'' he said. "It's been the core of my agenda.''

Pemberton, who spent his childhood in what he described as unstable, cruel and at times violent foster homes, said he is running for Senate to help those who are in similar situations now. He said he wants to champion issues like education and health care.

"I stand here as evidence that the American Dream does work and new beginnings are possible,'' Pemberton said. "American must become a society of second chances.''

Liss-Riordan lugged a sledgehammer onto the stage, saying it's a nickname she was given for her efforts representing workers from all jobs. Democrats, she said, haven't been working hard enough for working people.

"I have been a sledgehammer bringing a powerful force across corporate American for working people,'' she said. "Income inequality in America is at an all-time high.''

Kennedy said he hopes to decide soon whether to challenge Markey. But he also rejected the idea that a primary contest would be too disruptive to Democrats at a time when many activists focus on defeating Trump.

"I don't think primaries are something that people should shy away from,'' Kennedy told reporters. "The idea behind it is that every seat, my own included, the one that I currently occupy as a member of the House of Representatives, it's up every two years. It's a two-year term. You have to go out and make that case to voters every two years.''