Surveys confirm a microburst, the first in Massachusetts since August, was to blame for the damage Friday in Middlesex County

Swift-moving storms Friday evening slammed the Nashoba Valley area of Pepperell, Groton and Westford. Strong mid-level winds were present in the atmosphere, aiding and abetting the storms' development and ferocity.

Just before 8 p.m., as tornado warnings were lifted near Jaffrey, New Hampshire, the severe storm descended upon northwest Middlesex County.

Within minutes, Twitter was abuzz with pictures and descriptions as the storms blew through. Here's some of the damage from the next day:

Tuesday afternoon, the National Weather Service in Taunton finished a damage survey and confirmed the damage was from intense, localized straight-line winds.

When those winds are contained in an area of 2.5 miles or less, they are called a microburst. Anything larger and it's a macroburst.

While all thunderstorms contain updrafts and downdrafts, special circumstances must exist for microbursts to form.

One essential ingredient is a dry pocket of air in the middle atmosphere. When present, rain falling and evaporating through this layer gives the downward-directed wind (shown above) an added boost. Essentially, rain-cooled air is heavier and denser than surrounding air and increases the downward momentum of the downdraft. Once reaching the ground, the air spreads out horizontally, creating the damage swath.

Here's an immaculate one from Phoenix four years ago:

The winds from this particular storm peaked at 100 mph in Pepperell and 90 mph in Groton & Westford.

The last time we saw a microburst in Massachusetts was last August, when winds of 74 mph hit Logan Airport.

Radar imagery from the National Weather Service in Taunton captured the wind field from this storm: 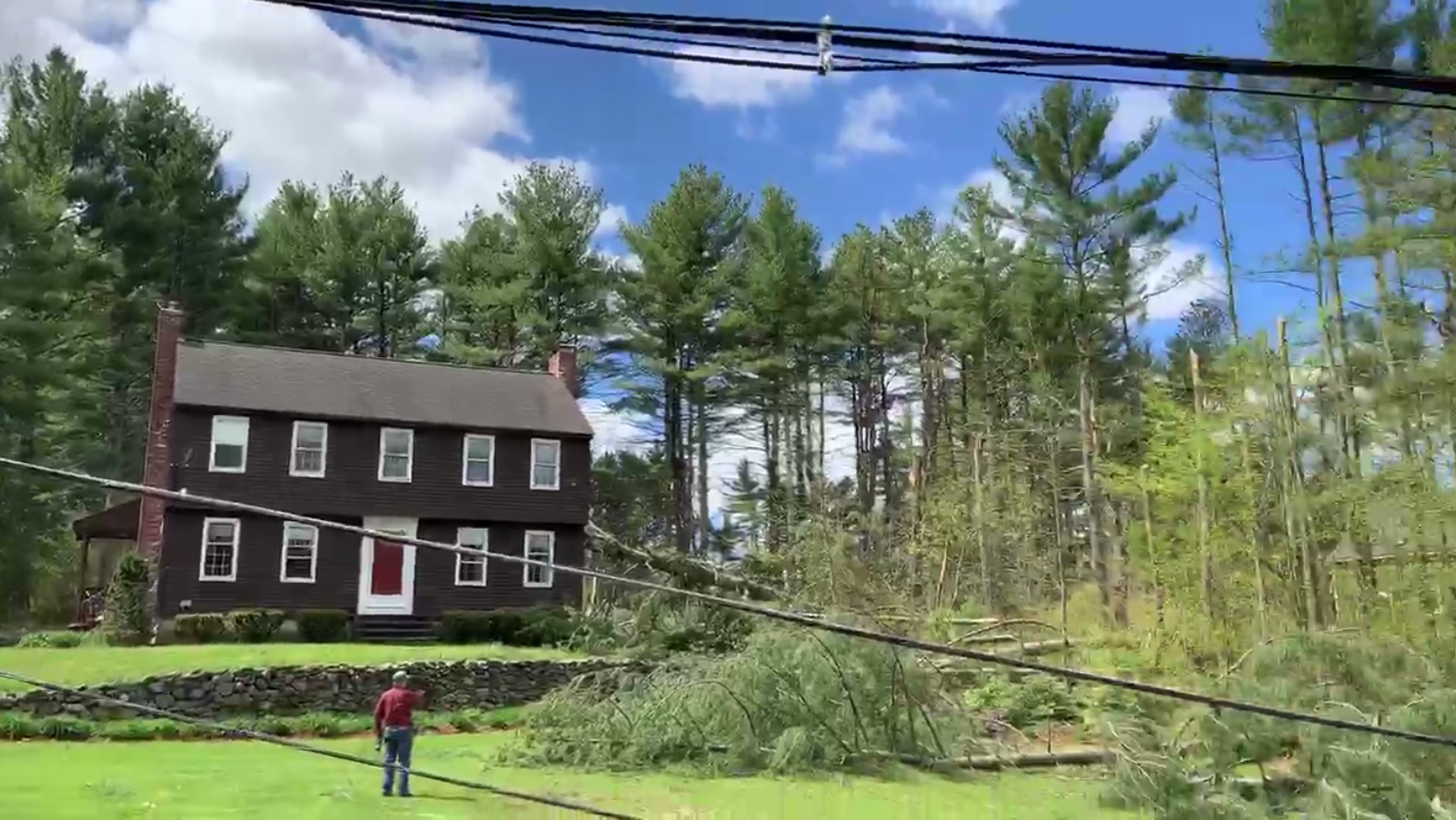 Severe Storms Leave Thousands Without Power, Cause at Least 2 Injuries 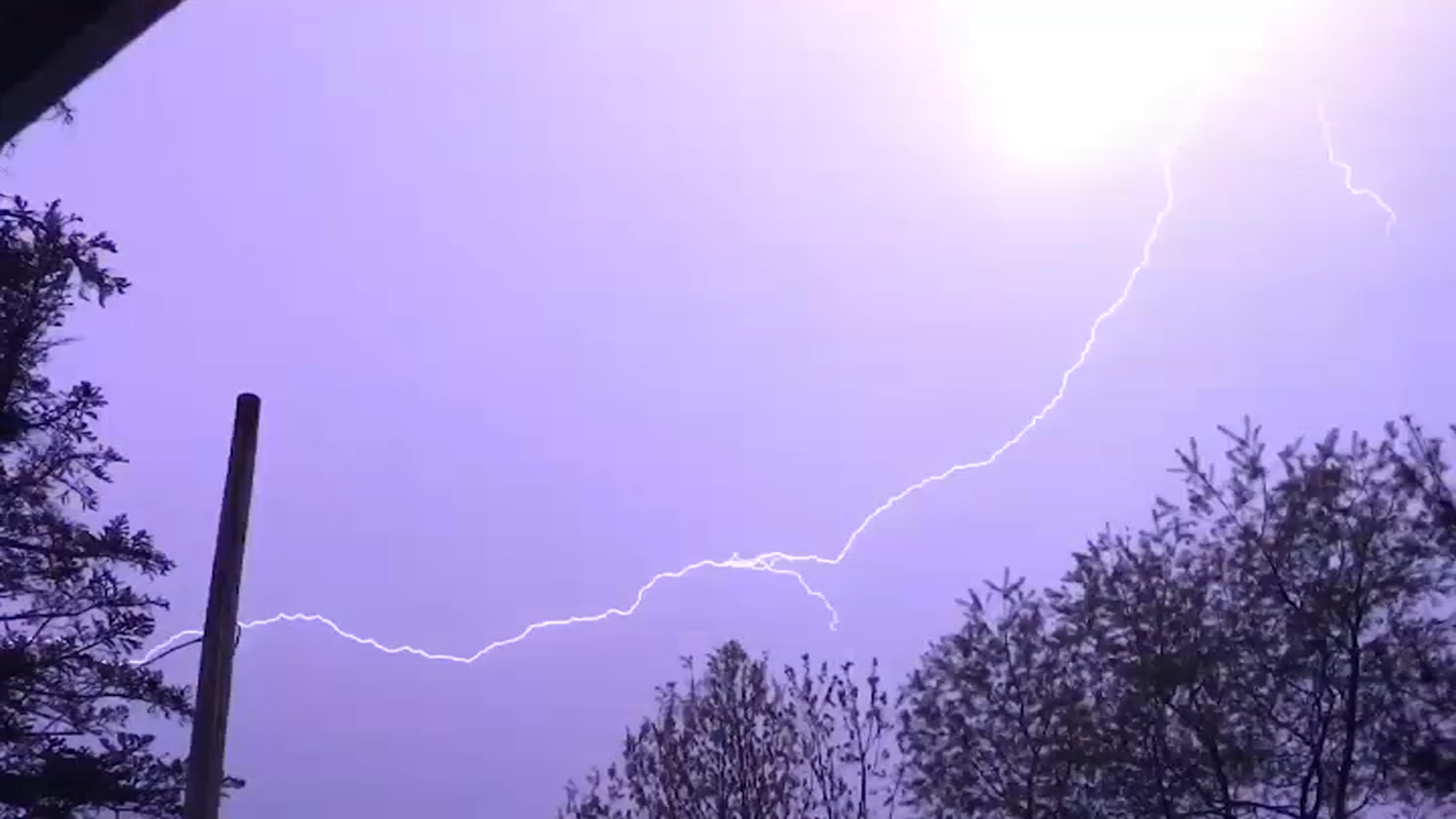