Several gunshots were heard during the standoff, which ended when police flying a drone in the North End home found the man's body with an apparent self-inflicted gunshot wound

An hourslong standoff, in which gunshots were fired, came to an end in Manchester, New Hampshire, Wednesday after the man who'd barricaded himself inside a home was found dead, police said.

Manchester police Chief Allen Aldenberg said it appeared the man, 41, had killed himself with a gun, though an autopsy has yet to confirm his cause of death. No other injuries were reported during the incident.

Police found the man in the basement after flying a drone into the home, Aldenberg said. The drone "allowed the SWAT officers to make entry."

People who live in the North End neighborhood had been urged to shelter in place as police attempted to negotiate with the man for several hours, after shots were fired. The shelter-in-place order was lifted after nine hours. 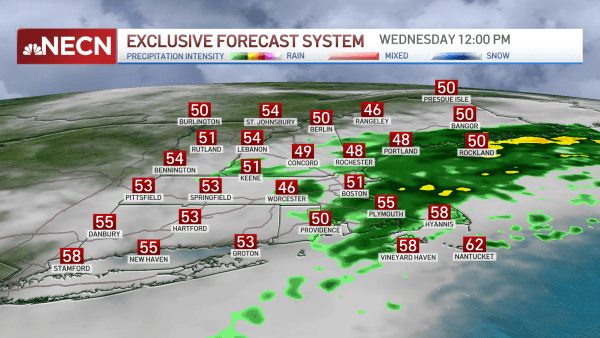 The incident began about 7:45 a.m., when U.S. Marshals arrived at the home on Union Street near North Acres Road to serve a federal arrest warrant. They were met by gunfire, retreated and called Manchester police for back up, Aldenberg said.

"I heard, 'This is the police, come out with your hands up,' and then I heard a gunshot. And then a little bit of time and two more gunshots," said Steve McMahon, who lives in the area.

The SWAT team arrived within minutes, tactical officers took positions on roofs and backyards and crisis negotiators got in contact with the barricaded person, before losing contact with him mid-afternoon, police said.

Aldenberg said his heart goes out to the family and friends of the man who'd barricaded himself -- he has not yet been identified -- but that he was glad his officers and Marshals will be going home to their families after facing several rounds of gunfire.

He said as the situation was still developing that no Manchester police officers had returned fire and that he did not believe U.S. Marshals had either.