The winter storm that's blasting through New England continues to impact the roads.

What conditions you'll see depend on where you're traveling, with some areas seeing significant snow and others managing heavy rain.

Northern and western parts of New England have been seeing snow, and some areas might be left with more than a foot of accumulation. It's more of a mixed bag in Massachusetts, where there was a lot of rain and wind on the roads, creating a risk of hydroplaning.

Highway officials in Massachusetts and New Hampshire urged people to stay home if they don't have to go out, because conditions were expected to worsen as the day goes on.

By the evening, parts of western and central Massachusetts were also seeing snow. Officials reported a six-car crash in Westminster on Route 2 and warned of slippery conditions in the area.

What conditions you'll see depend on where you're traveling, with some areas seeing significant snow and others managing heavy rain.

Crashes have been reported throughout the day. Others include:

A 40 mph speed restriction was announced overnight by MassDOT and Mass. State Police on Interstate 90 between mile markers 14 and 31.

MassDOT said Friday morning that the agency had around 170 pieces of equipment deployed in storm operations in western Massachusetts.

Drivers in New Hampshire said Friday morning that they have come to expect these types of conditions at this time of year.

“No big deal, I mean I just drove over the hill from New Ipswich," Ian Bentley said. "Slow down, take it easy. I mean it’s just snowy, it happens."

“I had a doctor’s appointment," said Judy Ouellette of Jaffrey. "I was concerned about driving but I got there fine and now I’m heading home, and I’ll be there until tomorrow.”

“I have some sand litter in the back in case I get stuck. I have my snow shovel back at home. Lot of shoveling when I get home. Just be more prepared. We’re in New England, so what do you expect?” added Andrew Villamizar.

But not everyone was prepared for this winter weather to arrive, like Mario Agate, who said he needs new tires.

“I got stuck on a hill coming from Rindge," he said. "It’s just a little bit of a slope. I got stuck and I had to reverse the whole way and then I started going sideways. I didn’t know I had no grip.”

In Hollis, a police officer was struck by another police cruiser that was sliding on the road due to the weather conditions.

And in Lee, a fire engine that had responded to a crash on North River Road was hit by another vehicle. No injuries were reported.

In Maine, state police troopers responded to multiple crashes on the Maine Turnpike, according to News Center Maine.

State police said shortly after 8 a.m. that there had already been about a dozen "crashes and slide offs" on both the north and southbound sides of the highway.

In Vermont, Route 116 in St. George just south of South Brownell Road was closed down shortly before 9 a.m. due to multiple vehicles being off the road, state police said. The road reopened shortly thereafter. No serious injuries were reported.

Friday night is expected to be particularly bad for travel, but then the storm will wrap up Saturday morning.

You can find an updated list of school closings and delays here. 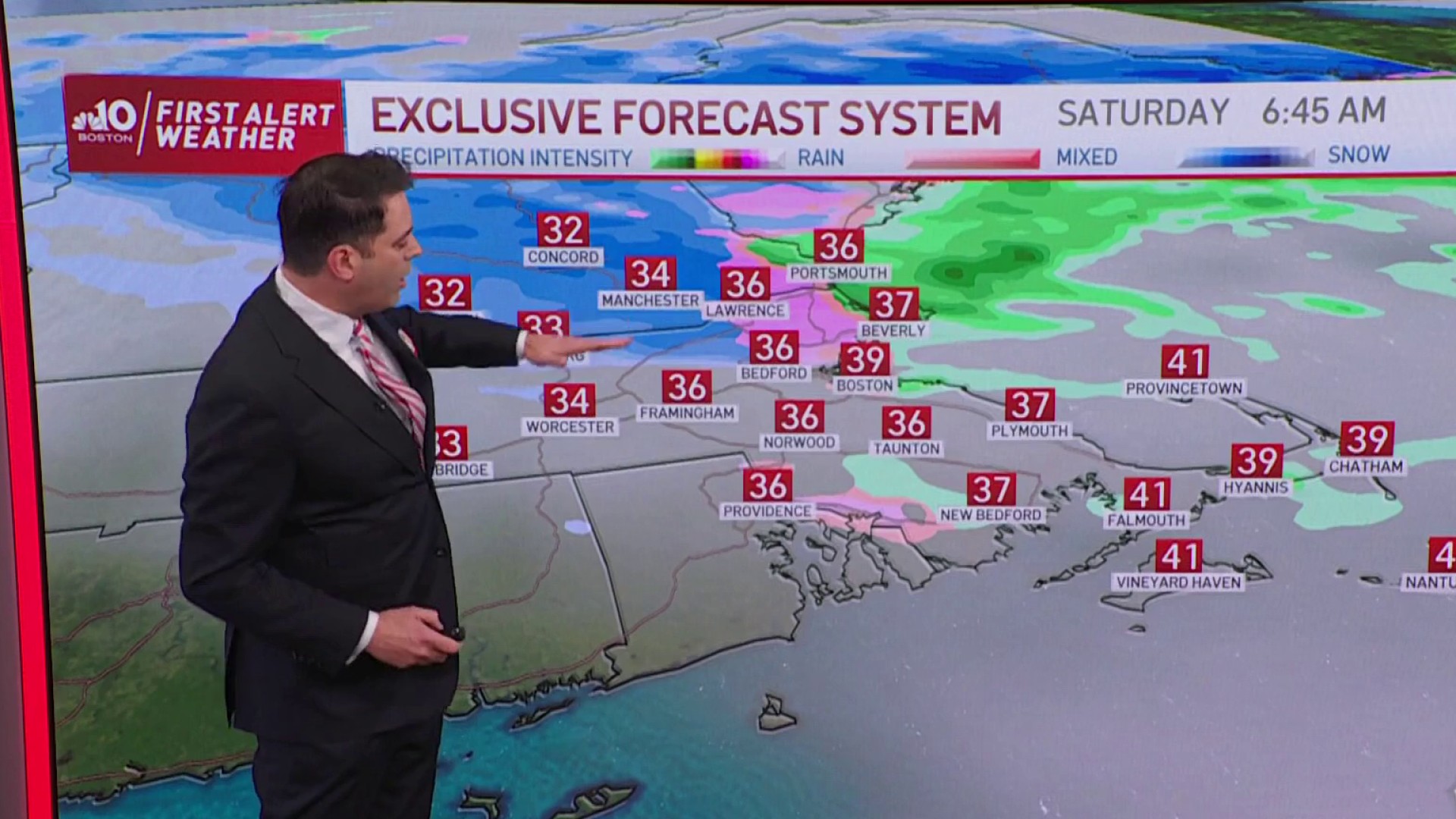 Over a Foot of Snow Possible in Parts of New England